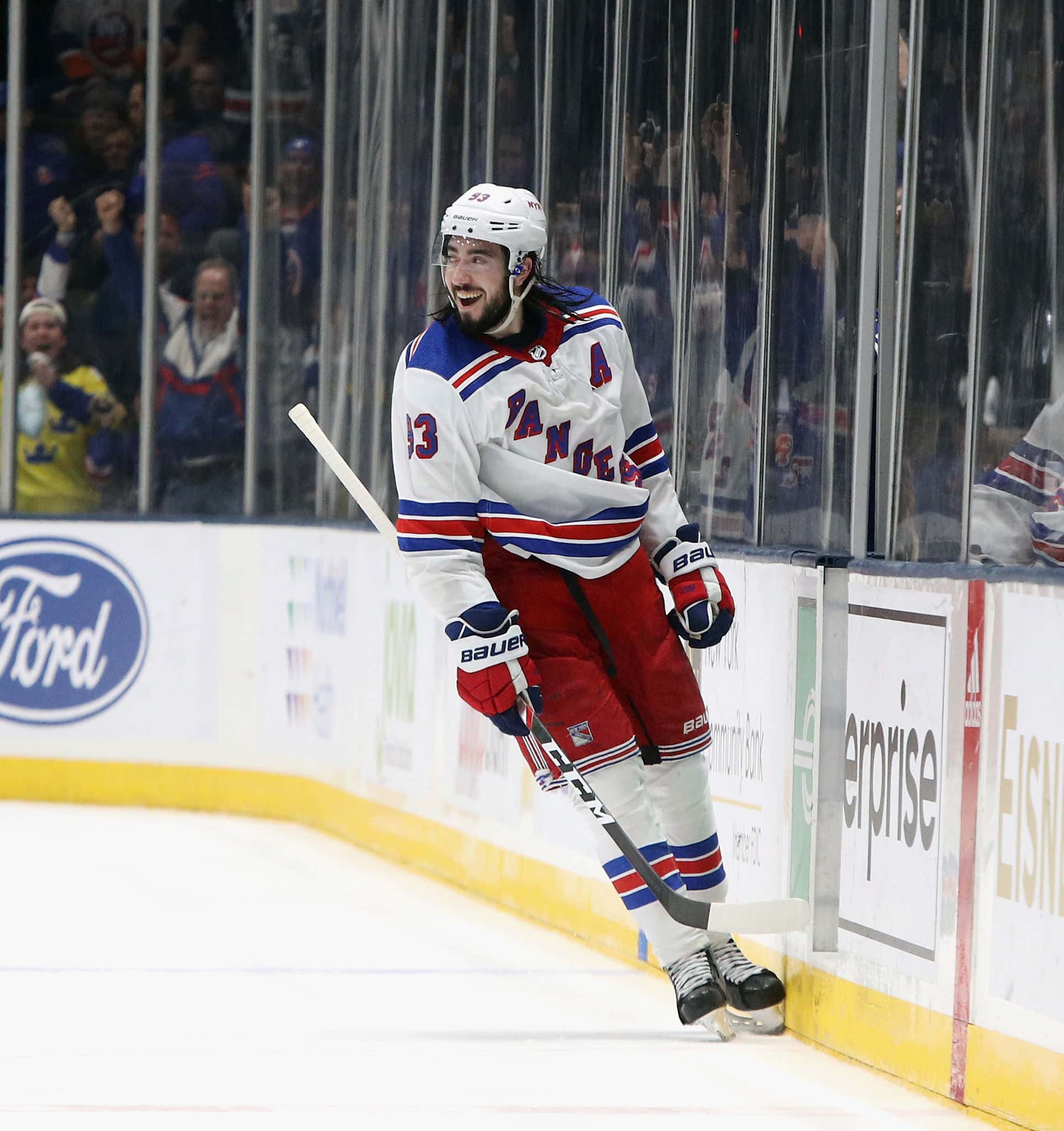 Those are the only three names league-wide over the past two seasons better than Mika Zibanejad at the most important skill in the sport of hockey - lighting the lamp. No one else has finished at a higher per-60 clip than Mika Zibanejad & that's the biggest reason why the Blueshirts made sure their top pivot was locked up before the puck dropped on the last year of his current contract. While his new deal, which kicks in next season when Zib is 29, isn't nearly the bargain his $5.35M salary has been it's still a friendly number for a team about to enter their contention window & needing every cap dollar they can get. 8 years was always going to be the term if Zibanejad was going to stay a NY Ranger - but $8.5M/per is certainly better than the ~$10M number being kicked around over the past year. Everybody wins.

DJ ZBad had a brutal start last season but that's undoubtedly an aberration. When healthy he's a dominant all-situations offensive weapon for Gallant to rely on. He's a quiet leader who may very well end up the next Rangers captain. Dynamic on the ice. Great veteran teammate to a squad full of kids. There's not a bad thing to say about the Swedish Olympian and Rangers fans should be pumped to know Mika's here to stay. Panarin and Fox are the cream of the crop but there's no question that, when Zibanejad goes, the Rangers go. After Fox inevitably inks, their "Core Four" will be locked in - Zibanejad, Panarin, Fox & Shesterkin. Will they be enough to anchor a future Cup champ? We'll see - but I'd put that foursome against any other core in the NHL for the next five years. And if they're able to climb that mountain for the first time since 1994, don't be surprised if we're hoisting #93 to the rafters ten years from now to celebrate one of the greatest Rangers ever.