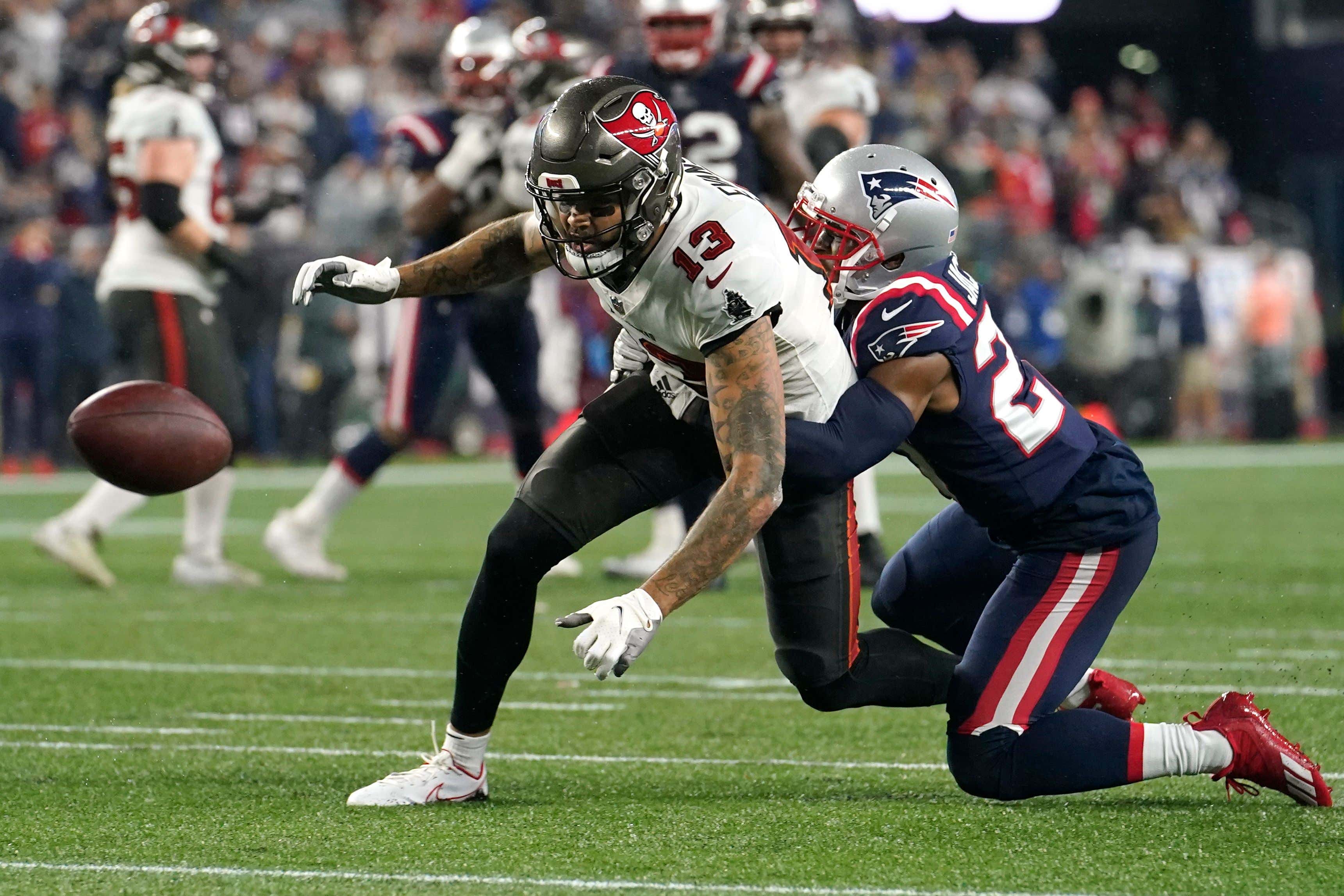 There are football guys, and then there are Football Guys. This week, if there was ever any doubt about this before (and there shouldn't have been), all of the world just found out JC Jackson is an All Caps FOOTBALL GUY.

For any other player, drawing the short straw that is being assigned Mike Evans on the biggest regular season game ever and with a worldwide audience tuning in would be enough. Then limiting Evans to six receptions with just 64 yards and no scores in 10 targets while you were covering him would more than make the case. Then add the fact that a couple of days later your team trades Stephon Gilmore, solidifying your spot as the No. 1 corner for the rest of the season and beyond, and you've done more in a few days than most aspiring Football Guy do in a lifetime.

But Jackson was by no means done proving his point. Or demonstrating how he got from UDFA rookie to his team's CB1 in just a couple of seasons.

MassLive -  When tasked with a No. 1 receiver, Jackson peeled the curtain back a bit on his film study.

“I can’t tell you my cheat code,” Jackson joked, “but I do study. I pretty much watch everything. Receiver releases, where he lines up, the downs and distance. So I pretty much try to look at everything.”

Sunday will be more memorable for Jackson for something that happened off the field, though. Midway through the game, Jackson got word on the sideline that his baby girl, Jream, had arrived.

“She came during the game. Second quarter... she’s doing good. (I’m) not really (sleeping much), man. I’m getting through it though,” Jackson smiled.

The word “hero” doesn’t suffice. Neither does “legend.” Only FOOTBALL GUY will do. What Jackson did is almost mythic. The kind of thing Homer would’ve written about thousands of years ago a story about a Greek God who skipped out on the birth of a child in order to fight some epic battle.

And I suppose we should give some credit where it’s due to Jream’s mom. As I’ve pointed out before, at some point between my fathers generation and mine, the dad being in the delivery room went from unheard of to mandatory. Even if the father works one day a week and that’s the day the day the baby chooses. So major kudos to her for understanding that, unless the dad also happens to be the obstetrician, he belongs anywhere but in that room getting in all the way of all the professionals. The two times I was in there, I felt like I do in the mechanic asks me to come in to the garage and take a look under the hood while he points and talks about engine parts I’ve never heard of. Totally useless and emasculated.

And let us not forget that if it wasn’t for her selflessness and willingness to go it alone, that would’ve been Justin Bethel assigned to Evans and it would’ve been a blowout. So thanks, mom, for that Team First attitude. It’s good to know Jackson’s family understands what The Patriots Way is all about.