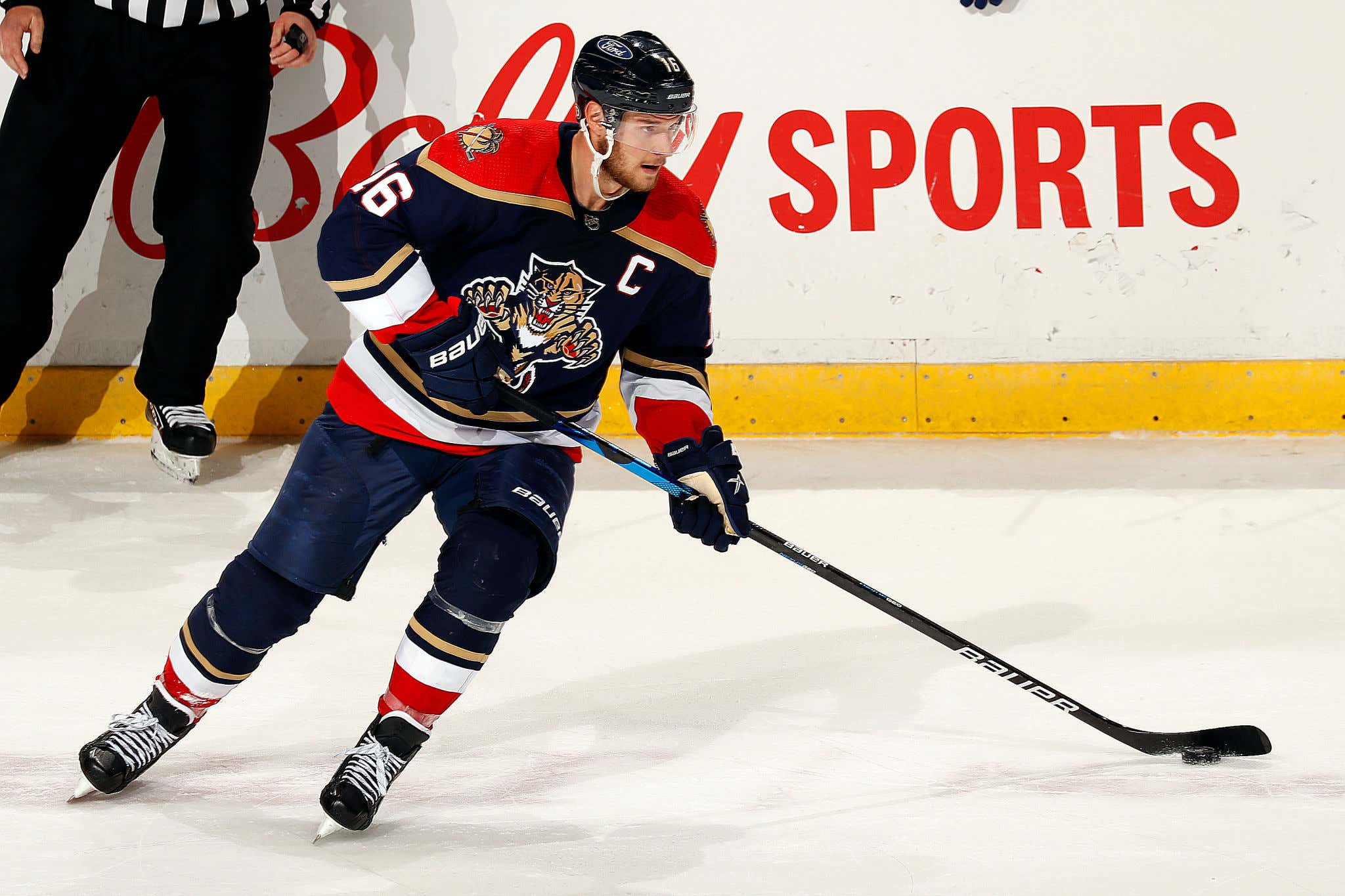 The fact that Aleksander Barkov was only making $5.9M the past few seasons was a sick joke. Over the past 4 seasons Barkov scored over a point per game, wore the C for the Cats, won the Lady Byng in 2018-19, and then won the Selke Trophy last season as the league's best defensive forward.

A point per game and the NHL's best 200-ft player. Aleksander Barkov is a top 20 player in the league and he was making Loui Eriksson money. No offense to that handsome son of a bitch Loui, but you get what I'm saying.

So now Sasha is in the final year of his contract and there's been at least some talk about teams reaching out to Florida to see if they'd trade him. Most GMs figured that Florida hasn't won a single playoff series in Barkov's time with the team, and the market sucks so hard that even Barkov called out the fans when he won the Lady Byng.

The team has stunk and the market is even worse. How could the Florida Panthers possibly convince Barkov to stay, let alone not even test out the free agency market?

They get the Barkov extension out of the way before the season starts, they go out and sign Joe Thornton to get that locker room going, Jonathan Huberdeau is still on his $5.9M contract for another 2 seasons including this one, Sam Bennett seems to be the classic shit stirrer that every great team needs, they'll have a healthy Ekblad, MacKenzie Weegar is a stud (albeit very gullible). The only thing that'll really make or break this team is is Sergei Bobrovsky decides if he wants to remember how to stop the puck or not. But even then, Spencer Knight as a backup is big.

I don't know. I feel like Barkov signing this long term deal says as much about the future of the Panthers as much as it does about Barkov wanting to be rich.

P.S. - Always so difficult to remember that Barkov is Finnish and not Russian. I always want to make the Pavel Bure comparison but alas.