We had our final week in the basement recapping Marvel's What If series where we broke down the season finale, ranked the seasons, and brought in a bunch of other nerdy what ifs such as what if Disney never bought Star Wars?

You can watch our pretty goddamn good recap above or listen to it in podcast form if you like getting your eardrums tickled by our silky smooth voices.

However this is Barstool SPORTS, so I decided to sprinkle in a timely sports hypothetical which is What If Aaron Boone Didn't Hit The Walk-Off Series Winning Home Run In The 2003 ALCS?

I would've included a trigger warning for Red Sox fans, but I think the handful of World Series you have won since this blast has eased your pain enough

I am The Watcher. I am your guide through these vast new realities. Follow me and dare to face the unknown, and ponder the question… What if? 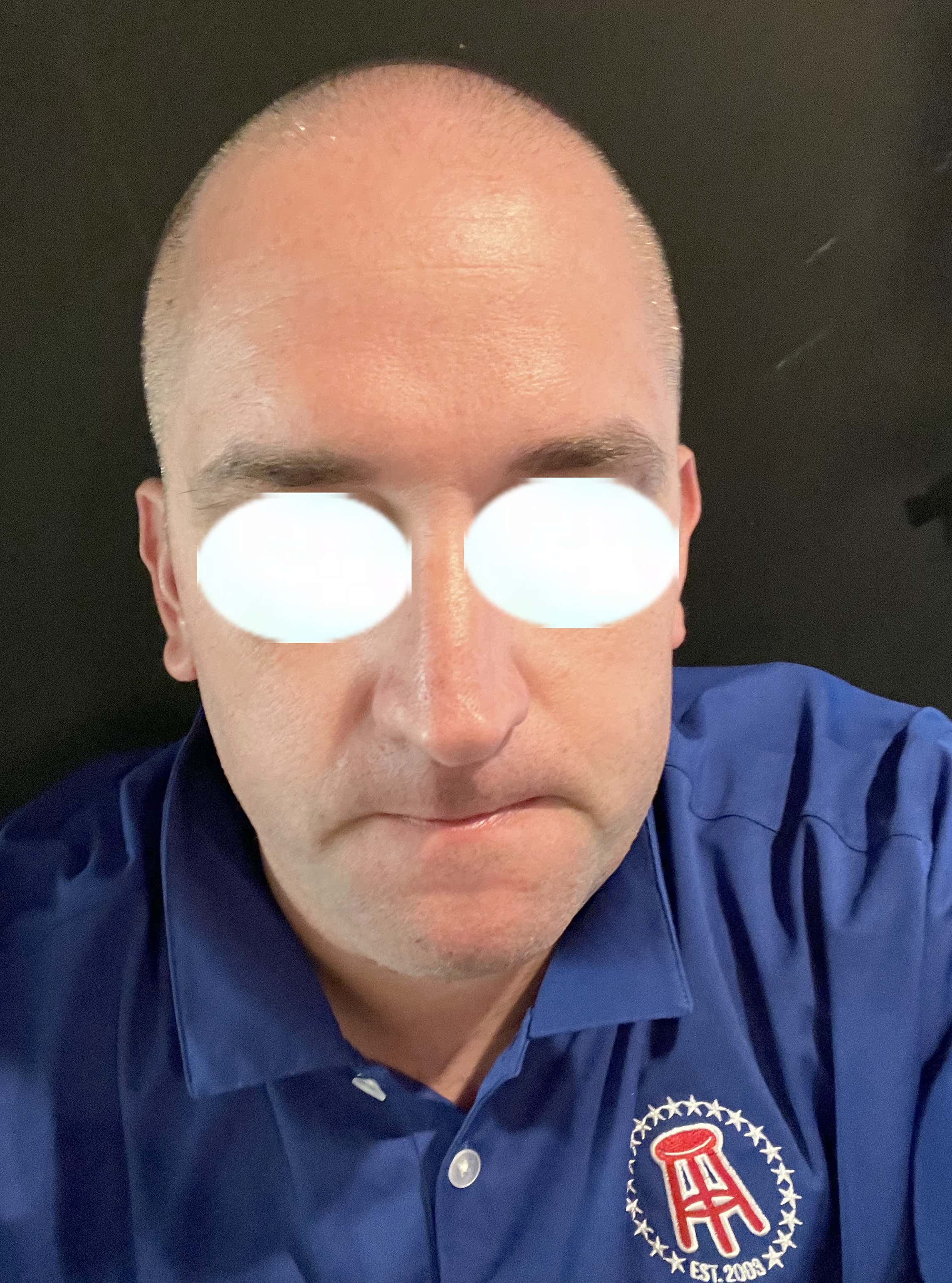 - The Yankees still win that series on a walkoff because is is an absolute point in time that cannot change. However instead of Boone hitting the bomb off of Tim Wakefield it is Alfonso Soriano, who had a career .303 average with 4 home runs against Wake. That knuckleball was destined to flutter to the plate then fly through the Bronx night.

- The Yankees still face the Marlins in the World Series except Soriano rides the magic of vanquishing the Red Sox to being everything Yankees fans thought he could be. Instead of a .227 average and 1 Home Run, Soriano puts up a .327 average at the top of the lineup and 4 bombs. This leads to the rest of the Yankees lineup loosening up against a filthy rotation of Carl Pavano, Brad Penny, Dontrelle Willis, and a baby Josh Beckett. Jack McKeon also puts the wrong end of his cigar into his mouth which causes him to miss a pivotal Game 3. The Yankees win their 27th ring. Cue the gabagool celebrations

- The Red Sox now have an even hotter fire lit under their ass with their rival winning the World Series. They pull out all the stops to land A-Rod. The Yankees have no reason to step in when baseball looks into him renegotiating his contract since Aaron Boone is working out in the offseason instead of playing basketball and Alfonso Soriano has earned an entire jersey of pinstripes.

A-Rod does what A-Rod did, which is put up numbers, come up short in the playoffs, and occasionally get pinched for steroids. The Red Sox don't break the curse, Carrabis becomes a fan of space travel after the Red Sox break his heart one too many times, and Barstool becomes nothing more than a local blog about what could've been that Dave Portnoy sells to Penn National for rent money in 2007. Pedro, Papi, and Manny spend the rest of their careers with the Sox to chase that ring but never can get over the hump in the Bronx like countless Red Sox before them while Johnny Damon goes to Parts Unknown to do Johnny Damon things for the rest of his life.

- After winning ring 28 in the 2004 World Series, the Yankees fall flat in 2005 as the White Sox win since the combination of Ozzie Guillen and Bobby Jenks is too much for even the great Bronx Bombers to overcome.

God I love my #SonsOfUribe brothers

- Without A-Rod's massive deal on the books, the Yankees sign Carlos Beltran to become the next great centerfielder at The House That Ruth Built as George Steinbrenner is obsessed with ring 29, which he gets as Beltran continues his run as a legendary clutch postseason performer, hitting four home runs against the Cardinals in Game 1 of the World Series. Beltran's defense and switch hitting is tailor made for Yankee Stadium, which along with the Core Four and George's bank, leads to the next great Yankee dynasty with a ring count somewhere in the mid-30s.

- The Yankees go through a slight rebuild as all the vets age before George passes away, hire Joe Girardi, surprisingly make it to Game 7 of the 2017 ALCS, and lose. They fire Girardi yet interview the same reported candidates for the job outside of Aaron Boone who is nothing more than a footnote of a footnote in the rich history of the Yankees.

Brian Cashman and the Steinbrenners go with the sentimental choice by hiring postseason hero and multiple pinstripe wearer Carlos Beltran, who creates an intricate system of sign stealing that turns the Bronx Bombers into Bronx Nukers. They are the number 1 offense in baseball to go along with young yet affordable rotation that can learn how to pitch under the extremely pleasant circumstances of always having a lead. They march to even more World Series championships over an Astros team that plays it straight but always comes up short. Truly stuff you hate to see.

- Meanwhile across town, the Wilpons are able to run the Mets with a shoestring budget as their fans give up hope while living in the shadow of yet another Yankee dynasty. Steve Cohen invests his extra time and money in the space race alongside Jeff Bezos instead of baseball and allows an excitable kid from Saugus known as The Rocket to be the first civilian to fly in space as the Curse of the Bambino lives on. Stay hot rocket!

As for where Aaron Boone would be in this alternate reality…

Nope, my beloved Costco would do no such thing! Maybe BJ's but not the king of big box stores.

I asked Yankees fans if they would trade in this home run to redo the last four years of Boone and these are the results I got.

An interesting if not surprising set of results considering the Yankees measure of success has been World Series for most of my life. Yes that night was bonkers and it dialed up the New York-Boston war to another level. But in my opinion, that war was forever lost after the Yankees blew a 3-0 lead in the ALCS to their biggest rivals in the most unbelievable chain of events ever.

Maybe their choices would be different if they knew this alternate reality. Or maybe not. I do not know. I am just an impartial man with one job.

I observe all that transpires here, but I do not, cannot, will not interfere. For I am the Watcher.

If I can't get you to do a few measly clicks to subscribe to the podcast and YouTube after 1000+ words throwing daggers at Yankees fans' souls, I never will be able to. I truly am sorry for bringing this home run up Red Sox fans, during a playoff run no less! I had a Red Sox fan literally cry on my shoulder the night it has happened. But I would still give anything to experience what he lived through a year later not to mention multiple other years later.