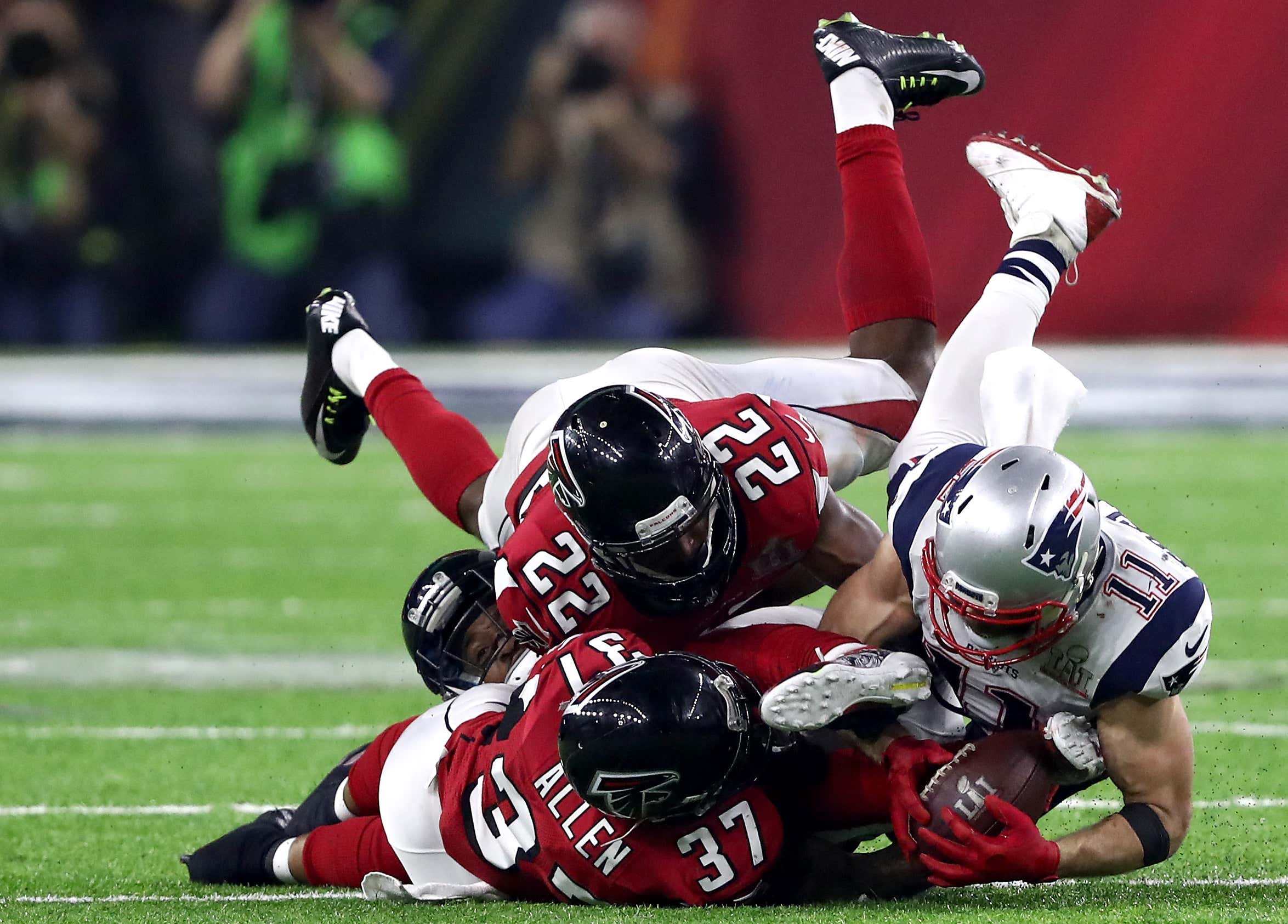 Not all dynasties are created equal. Some franchises load up on immense amounts of talent and ride it to sustained success. Think the Canadiens, Yankees, Celtics and UCLA. Some put together a cohesive unit around a few stars and win with a team-first approach, like the Spurs. Others take the talent they have and through cleverness and innovation, revolutionize the game. For instance, Vince Lombardi's Packers.

In the case of the 21st century's transcendent Dynasty, it's been a combination of all of the above, but with one unique element that's been the life's blood of the success. Encoded into its DNA. I'm talking about those players who came from practically nowhere, assimilated into the culture of the team, came through with clutch performances in huge moments and left their indelible mark on football history. Low drafted or undrafted roster bubble players who changed the NFL world forever. Troy Brown. David Patten. Adam Vinatieri. Wes Welker. Malcolm Butler. It goes without saying, Tom Brady.

And one guy who personifies what I'm talking about, Julian Edelman. He's the pluperfect example of a player who went from obscurity to legendary status, and was the living embodiment of the Pats Dynasty. He went on "Call Him Papi" earlier and defined this franchise during the Belichick Epoch better than I've heard it expressed before.

First of all, he explains who he was rooting for Sunday night. And proved that he gets it. That he understood where I and virtually everyone who was in the stands at Gillette was thinking going into GOATerdammerung:

“I want Tom and I want Gronk to do well, but I played for the Patriots, I wanted them to win the ballgame. That’s my team. I got a text from Tom, he was all mad at me because I said that exact same thing and he was like ‘Julie-babe, you’re going against me?’ It’s like ‘bro, you left me! You left me!”

Exactly. Thanks for the memories, fellas. But they left New England. And me. And Edelman. Not the other way around. And given the fact the crowd gave Brady a huge ovation when he came out of the tunnel, then cheered Mac Jones even louder and booed when TB12 came out to the huddle was the perfect demonstration of how Edelman feels.

But it's later in the discussion when he truly nails it. Pardon the long excerpt. But like Salieri said of Mozart's work, change one note and there would be diminishment:

“Our practices were so competitive and guys made each other so much better because we went so hard in those practices. You went out with a purpose each and every practice. Whatever the coach’s key notes were for that practice, you went out and tried to get them done. You brought your hard hat, you brought your lunch pail to work [and] worked your tail off. It wasn’t always necessarily the funnest, but you always knew you had an opportunity to win. The guys they bring in there believe that and they eat that and they take to that system, which when you get a group of men that are all going for one common goal and they buy into something, that’s usually when you have your most success. I think that’s a huge part of the so-called ‘Patriot Way.’ We’re seeing Tom, he’s doing a lot of stuff that we used to do together with the Patriots, he’s brought it over to the Bucs. You see how they’re answering questions now in the media, you see how they’re practicing. You didn’t see them answering questions like that before that. Tom’s embraced that himself as well. He’s a huge part of everything the organization is about as well. ….

“A lot of people always say ‘oh, the Patriots don’t have fun.’ Well I had fun going on 3 parades, winning Super Bowls, going to 8 AFC championships, making the playoffs every year of my career- that’s fun to me. I don’t care about going out and being on social, this, that. We’re here to go out and win ball games. This is a production business. In any sport, this is a production business. When you go out and produce, that should be fun. …

“When a new player came into our organization they’d be like ‘hey man, this is offseason training, aren’t we supposed to just drink a Gatorade, run a sprint and go home?’ No, we’re going out with a purpose. Everything is by the book, this is how it’s done, if you don’t like it you need to get out because it’s been proven that it works. Our practice habits were always something where new guys were like ‘this practice is a little different. You guys really go hard in practice. You guys challenge each other, you guys work on certain fundamentals that this team didn’t.’ The complexity of our offense/defensive scheme, being able to think when you’re tired, being able to think in general, there’s a premium on a tough, smart football player in the New England organization and that’s something that you hear at all times. ‘If you want to be tough you gotta run the ball, stop the run, cover kicks. If you want to be smart you gotta be able to perform under pressure.”

I mean, we all know this has been the case all along. It's played out time and time again. Veterans signing here with certain expectations of how they think it's going to be, but just aren't ready for the physical, mental and social demands of life working on the assembly line of Mr. Kraft's Winning Factory. Chad Johnson with his 16 receptions in an entire season. Reggie Wayne coming here from Indy and then retiring barely a week into camp. The various Cassius Marshes who amounted to nothing in their brief stints because their idea of "fun" doesn't include working, grinding, practicing, perfecting, and earning your way onto a Duckboat. It is some other thing. Which they can get anywhere, for a lot less effort.

If these words could be condensed down into a just a few paragraphs, they should be chiseled in marble on the lighthouse at the north end of the stadium, the way The Gettysburgh Address is at the Lincoln Memorial. To hell with it, maybe they should be anyway. So that they may live forever and teach the future generations who'll be winning rings and hoisting banners under Mac Jones' leadership what they have become a part of. I like to think that somewhere out there right now is the next Brown/Patten/Vinatieri/Welker/Butler/Brady/Edelman, laboring in obscurity right now but who'll be living up to their mighty legacy. And he'll deserve to know what is expected of him.