I'm virtually positive at this point that any interview for a job with the Atlanta Falcons concludes with the question, "Are you an asshole and/or a loser?" Only those who answer in the affirmative and provide examples of how they can uphold the Falcons' tradition of being an embarrassment in every facet of the organization are hired.

What the fuck is this? We're 1-3, traveling across the Atlantic Ocean to play a game that will determine the worst team in the NFL and this is the kind of content we're putting out there. This isn't nearly as offensive as putting a Nike receiver glove on MLK, but it's just about as nonsensical and ridiculous. 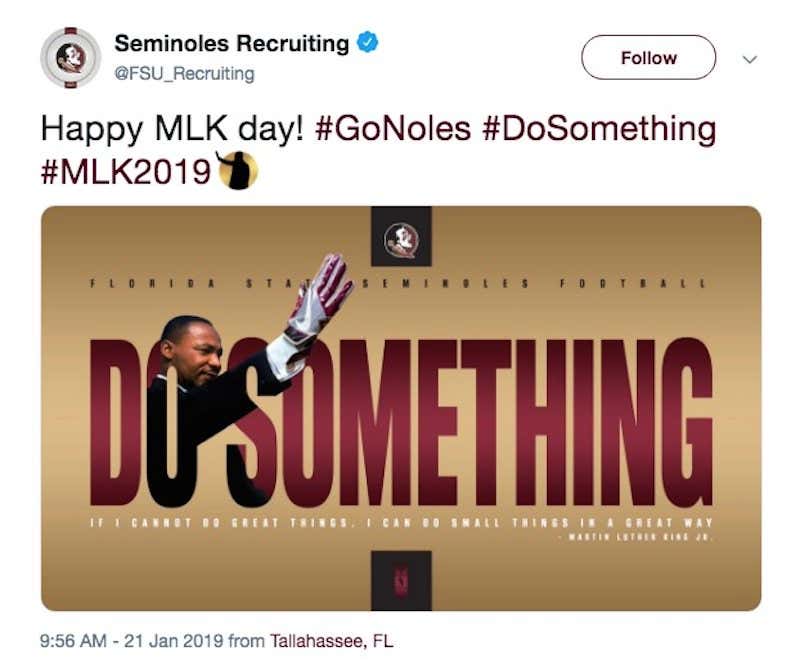 This team has been in desperate need of people in every department to simply stop those in charge from doing tremendously dumb shit for many years now. On the field, in the social media department, everywhere. There needs to be several people in the Falcons' facility whose job is to solely evaluate decisions made by those actually in charge and stop them from going through if the average person would find them to be remarkably stupid — like putting eye black and your gradient football uniform on Queen Elizabeth or throwing the ball in the red zone needing just a field goal to win the Super Bowl.

I just want it to stop, man. I wouldn't even care if the Falcons ever won another game if they'd just quit being embarrassing assholes.