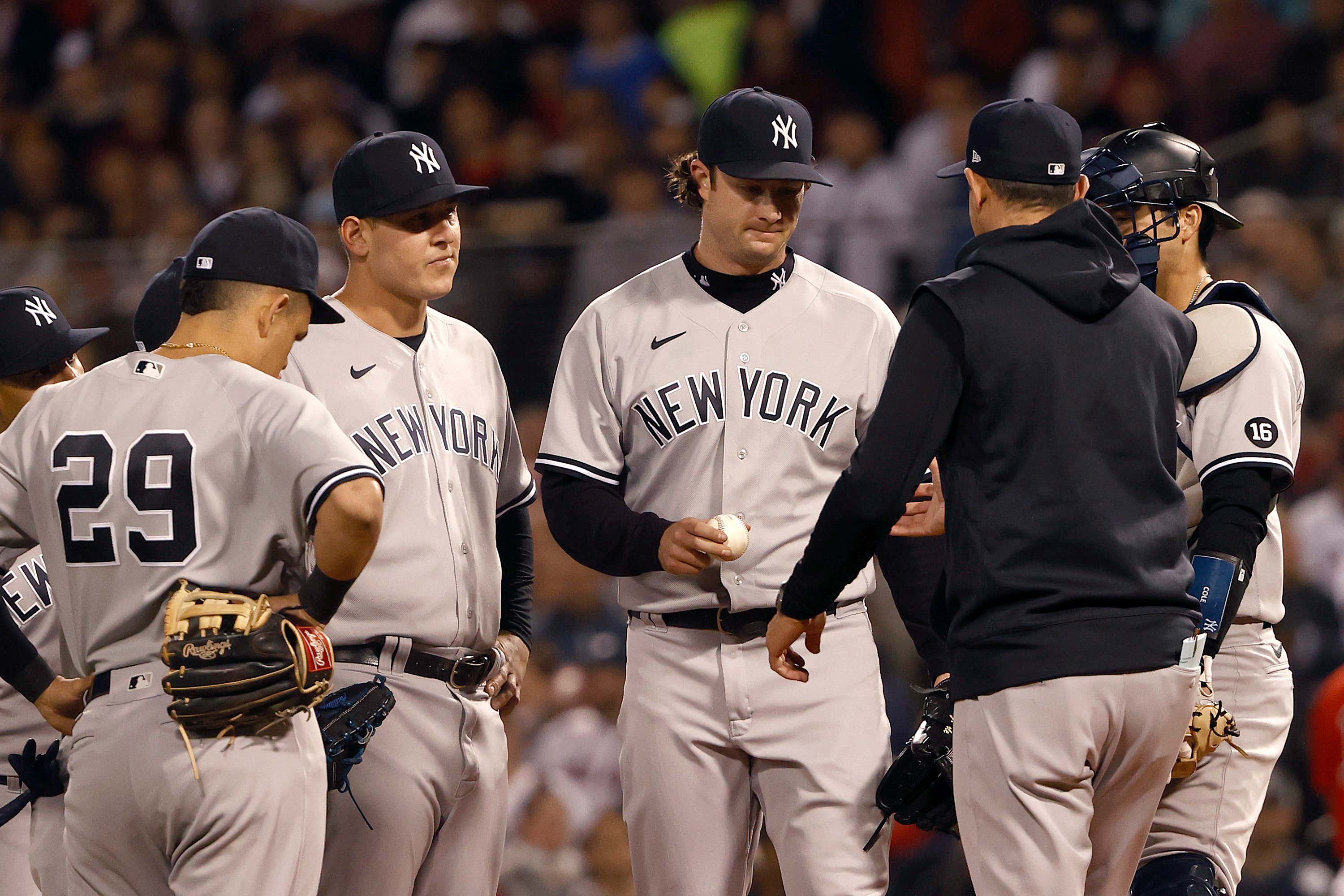 If you're wondering how Gerrit Cole could've taken the L Tuesday night, how a guy who just two seasons ago pitched a 7.0 inning, 1-run gem to win Game 7 of the World Series could've given up 3 runs while recording just 6 outs in an elimination game, wonder no further. The intrepid journalists at NJ.com have your answer:

Source - Maybe it affected him. Maybe it had no impact at all. …

Except for one problem: Cole has ears.

Red Sox fans dominated the [bullpen] area, and some were as close as two feet from Cole as he loosened up his arm. They could have reached out and tapped his shoulder if they felt like it. …

One fan held up his cell phone and recorded while he obnoxiously hurled insults at the right-hander. That went on for about a couple of minutes — until stadium security on the field yelled at him and told him to stop.

Another fan came armed. He whipped out a Kermit the Frog puppet and set it up behind Cole, moving its mouth as he talked smack. The same fan then pulled out a container of Spider Tack and held it up in front of Cole’s face as he looked back, working on pitching from the stretch and pretending to look back at an imaginary second base. …

The harassment paused briefly during the National Anthem.

Here's the video from NJ.com's channel. But allow me to issue this disclaimer: If you or a loved one are sensitive to the sight of Muppets or jars of sticky substances, these images could be very disturbing. Viewer discretion is advised.

Oh, the humanity. In case you have young children nearby and didn't feel safe clicking "play," let me just point out that at the 0:30 mark, Cole throws a pitch and the Sox fan behind him yells, "That's a BALL, Gerrit!" I imagine that once that hate speech gets reported, YouTube will pull the clip for being too graphic and a violation of their terms and conditions.

All seriousness aside, I'm being trolled here, right? I'm being 100% sincere when I say the first time I read this, I thought it was a satirical piece. Like The Onion or The Babylon Bee. And the humor was so subtle it was being lost on me. If it is, I'm walking right into the trap and good on NJ.com for successfully pranking me.

If not, if they sincerely think this is harrassing, unruly fan behavior rising to the level of newsworthiness, I don't know where to begin responding. Other than to point out that Gerrit Cole is not a third grader getting made fun of for having a goofy voice. He's not Cindy Brady having to endure taunts of "Baby Talk, Baby Talk, it's a wonder you can walk." He's a 6-foot-4, 220-pound freakishly talented grown man getting paid $324 million to take this kind of teasing. And 31 years old. Meaning there are guys 10 years younger than him commanding platoons in hostile regions all around the globe. But sure, let's worry about him getting a taunting by some R-rated prop comics.

And it's not like you can argue Cole hasn't done anything to bring it on himself. Even Hubbs ridiculed him for this ridiculous performance piece:

And as far as the Kermit the Frog thing? Yes, it's a cheap shot. But truth is a defense against libel. And he can comfort himself by speaking in his Muppet voice while napping on a pallet covered in 100s like Huell in Walter White's U-Store-It.

OK, Boomer me if you must. But I can't believe we've gotten this 2-ply soft as a culture this soon. That less than 75 years after what Jackie Robinson had to stoically endure and less than 50 years after Hank Aaron was getting death threats, we now think paying customers good-naturedly razzing a super talented pitcher to get him off his game during warm ups constitutes actual abuse.

And if this article is right and this threw Cole off, isn't that the worst kind of indictment of him? Doesn't it say that he can't take the heat? The great ones eat that kind of taunting as a pregame meal. Believe me, when the Sox went into Yankee Stadium for those ALCS in 2004, those weren't Shakespeare's sonnets being spat at them from the stands. But Ortiz, Ramirez, Damon, Pedro, Schilling, Varitek, Foulke and took all the abuse and shut everybody up. That's what winners used to do anyway. And I hope we haven't gotten to the point where hilarity like this is completely outlawed. If it is, I weep for my country.