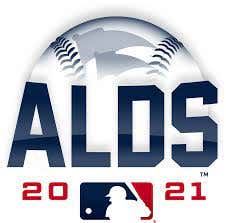 A significant reason for adding a second Wild Card was to make winning the division take on added importance. The Tampa Bay Rays are the best team in the American League, winning 100 games. They have their pitching lined up. The Red Sox had to win games down the stretch and played the Wild Card game, beating the Yankees; they are not in line, that is the most significant difference. The Rays reached the World Series last season in a bubble; this year, they will have to deal with crowd noise, including pro-Boston crowds at Tropicana Field. The Rays won the season series against the Red Sox, winning some crucial games in the second half to take control of the American League East. Wander Franco, who has gotten serious Rookie of the Year consideration after joining Tampa in the second half, could be the key player in this series. He ended the season with a 43-game on-base streak longest in MLB history for a player 20 or younger. The Rays have the edges in pitching and the bullpen and have a lineup capable of scoring runs; this will be the difference as they survive a tough five-game series.

A rematch of the 2005 World Series won by the White Sox. Since then, the Astros moved to the American League and have become a powerhouse, while the Southsiders have had their ups and downs. The White Sox are a team on the rise, but the Astros are the team to beat. They have overcome cheating scandals and player loss and remain the top team in the West. They have been to the ALCS in the last four seasons. The White Sox have not won a postseason series since the 2005 Fall Classic. The White Sox won the Central but were not tested like the Astros, who had to fight off the Mariners and the Athletics. Houston has a significant edge in pitching as Chicago does not have a reliable ace. Lance McCullers Jr. will get the ball in Game 1 for the Astros. Add in Zach Greinke, and the White Sox have a big hill to climb. Houston won the season series, which included a four-game sweep at Minute Maid Park, where the series will begin. Suppose the White Sox have a chance they will need to outslug the Astros with Jose Abreu leading the way. This match-up does not line up well for the Sox. 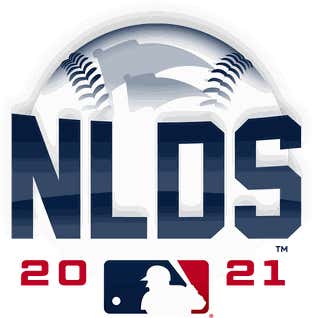 If you think the Red Sox and Yankees are the fiercest rivalries in baseball, take a gander at the Los Angeles Dodgers and San Francisco Giants. A rivalry is so intense it has survived moving from the boroughs of New York to the State of California. When the Brooklyn Dodgers decided to move to Los Angeles, they convinced the Giants to join them on the coast going to San Francisco. They met in a tiebreaker series in 1951 and 1962, and now they will meet for the first time in a postseason series, having won franchise-record games this season. The Dodgers are the reigning World Champions; they have a potent lineup and a strong rotation. The Giants overachieved all season to win 107 games, the Dodgers won 106 games, and the trade acquiring Trea Turner and Max Scherzer has turned them into a team that could be a dynasty. This series may be their most challenging as they are poised to repeat.

Coming out of the NL East, the Atlanta Braves are the only team in the playoffs that did not win 90 games. That is because the Eastern Divison was the worst in baseball. The Brewers meanwhile zoomed to the front of the Central and cruised down the stretch. Milwaukee has one of the top bullpens in baseball and a strong rotation. The Braves made some critical acquisitions, including landing Jorge Soler and Adam Duvall. Their lineup is lethal, while the Brewers often struggle to get the key hits, with Christian Yelich having a second consecutive down season. Atlanta does not have the pitching needed for a deep playoff run, as their bullpen was often their Achilles heel. Corbin Burness is among the top candidates for Cy Young; he had the best ERA in MLB at 2.43 and finished in the top five in strikeouts. In addition, the Brewers' bullpen is among the most reliable in baseball; with that pitching edge, the series lines up well for Milwaukee.