Massive news today as a data breach revealed the Twitch payouts for some of the biggest streamers on the platform including - Nickmercs, Timthetatman, xQc and more. 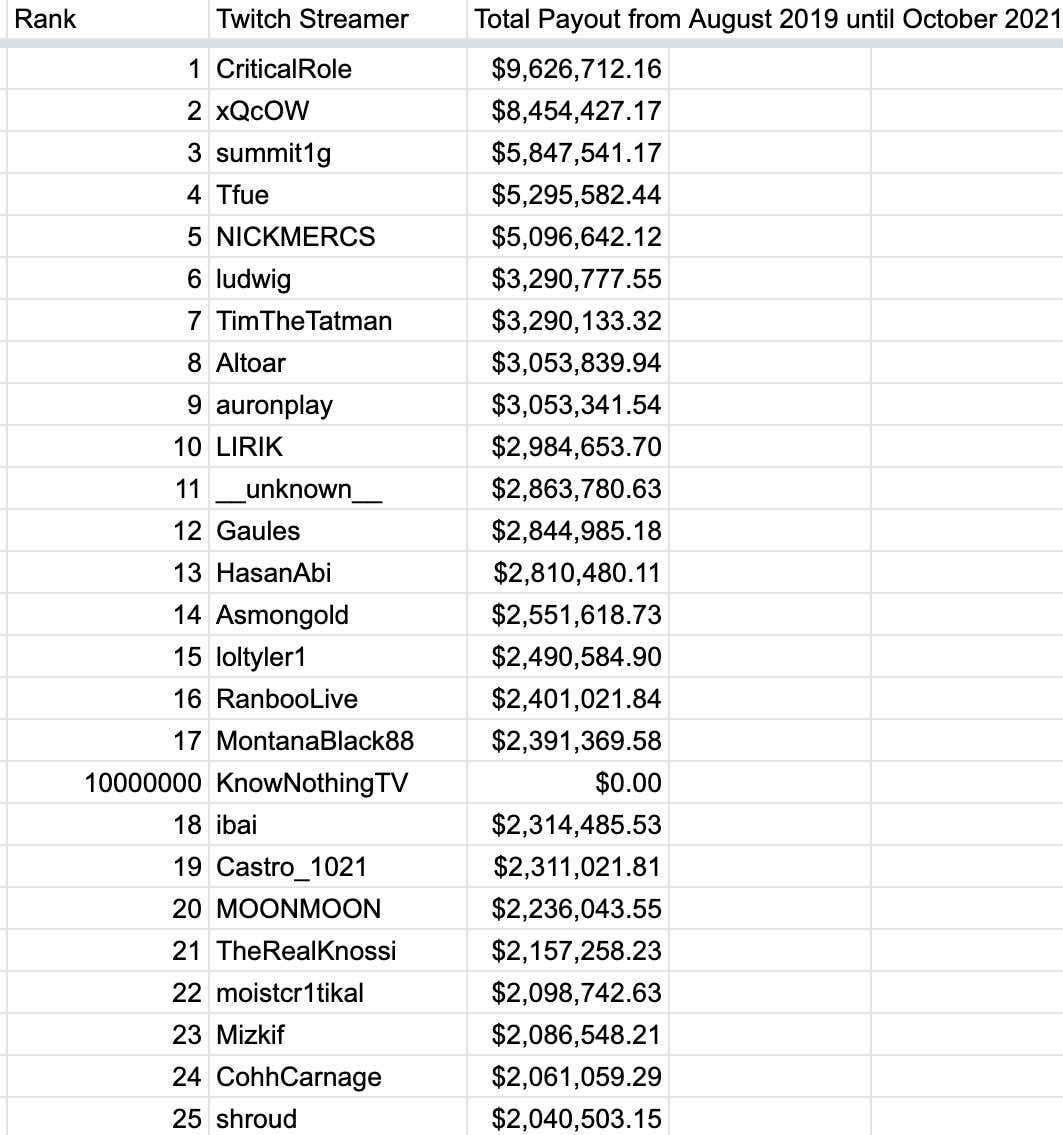 The Twitch payouts only include subs, gifted subs, bits (Twitch's form of a donation) and ads directly shown on Twitch. These numbers don't account for brand deals, partnerships/sponsors, merch sales or donations through PayPal (the most common donation).

Twitch revenue isn't as hidden as you'd expect. For most scenarios, it's fairly easy to estimate how much certain streamers make especially when they display their sub count.

It really is that simply - take the sub count and multiply it by either 2.5 or 3.5 (each sub is $5 and Twitch pays out 50% to most streamers and select streamers receive a higher percentage).

I was most shocked by the #1 highest paid channel which is CriticalRole. They're a group of voice actors who stream Dungeons and Dragons. They clearly have an insanely massive and loyal fanbase to be pulling close to $10M over the course of 2+ years