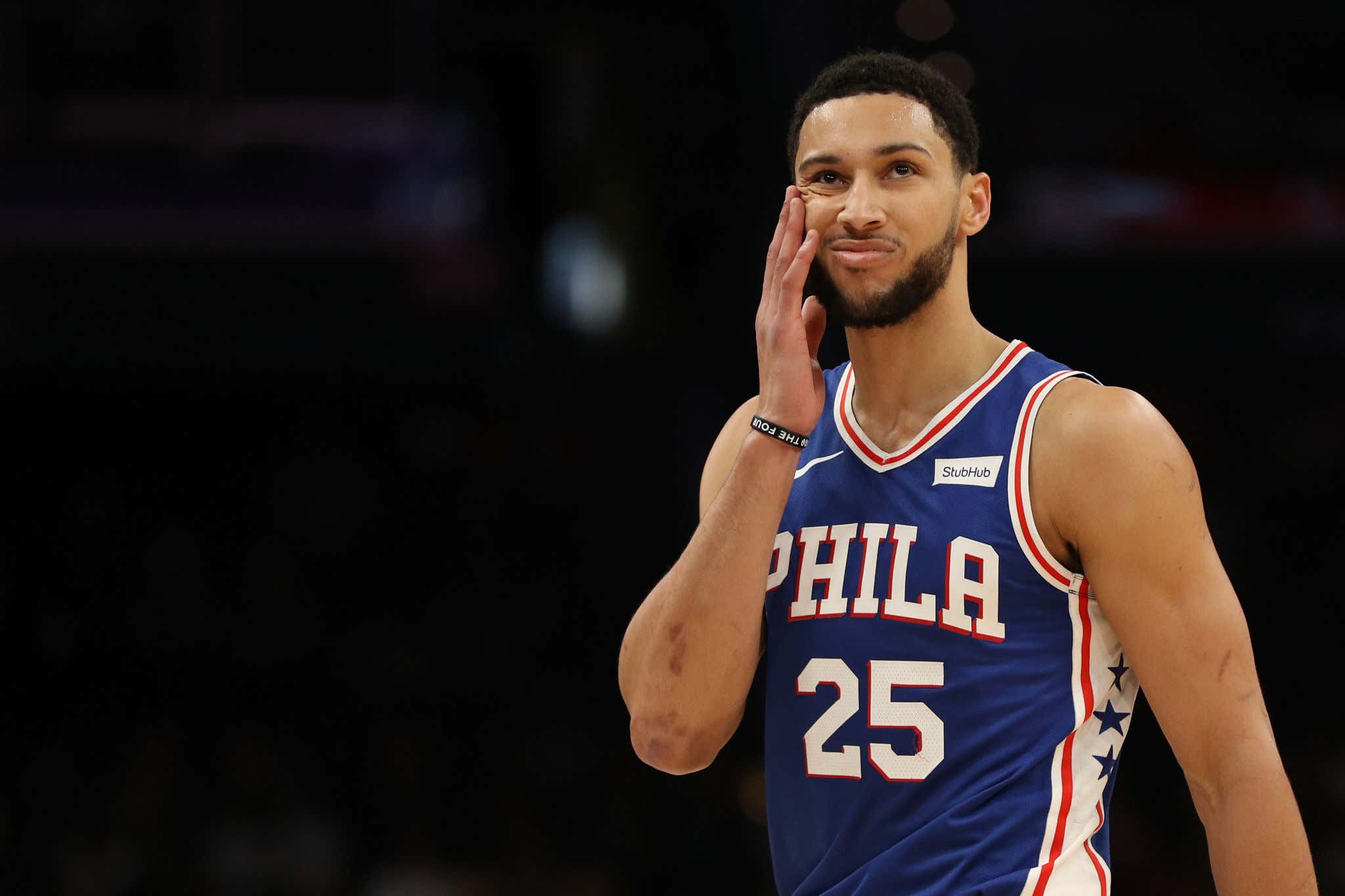 Okay so as it turns out, the only thing worse than Ben Simmons' jump shot is his vocabulary. Because apparently Ben and his team didn't realize that getting fined means that you lose money. Tough concept to grasp, but if you simply just don't show up to work then you don't end up getting paid. And it's not just like when you're a little kid who gets a bad grade on your report card and then your mommy and daddy take your video games away for a week. You don't get it back once you learn how to act like a big boy again. You lose that money for good.

So the report comes out that Ben's representation had no idea that they wouldn't be able to get the $360,000 back that Simmons was fined for missing the Sixers' first preseason game back. But the best part of this report that was tucked away and buried in there?

Philly Voice - A source familiar with the conversations between Simmons' camp and the Sixers told PhillyVoice that the only consistent or clear message this offseason was about the accelerated timeline Simmons has been evaluated on compared to other No. 1 overall picks. In most instances, agent Rich Paul and others have pointed out, top picks are sent to bad teams where they can figure out who they are and how their career is going to play out. Having missed his first year out of LSU due to injury, Simmons joined Embiid to form a partnership capable of winning 50 games right away, and the Sixers have been considered contenders (or at least pseudo contenders) at various points during the last three seasons, increasing scrutiny on his development.

Though members of the organization are sympathetic to the accelerated timeline and expectations that have come with it (under several different management structures to boot), that argument is viewed as self-defeating, and the signing of his max extension was seen as the time where any reduced expectations went out the window.

And there you have it! They finally admitted it!

That Ben Simmons is just a coward who can't handle the pressure. He needs to be on a team that sucks with zero expectations to win. He needs to be with an organization where it doesn't matter if one of their highest paid players flat out refuses to do one of the most basic aspects of the game of basketball, because the team was going to be dog shit anyway.

Admitting this is the first step. So honestly, I'm happy for Ben Simmons and his team. I'm happy they're finally coming to terms with what is really going on here. I mean yeah, they're still having a difficult time with taking the blame on themselves. They're still blaming the Sixers for being contenders too early instead of flat out saying that Ben wasn't ready. But this is a step in the right direction. Just admit that Baby Back Ben can't handle the pressure of playing on a team with expectations, and we'll see where things go from there. I heard Cleveland is beautiful around this time of year anyway.

Sidenote: Ben Simmons just listed his condo at the Ritz-Carlton for sale the other day. If there's one thing I truly believe in, it's the city of Philadelphia coming together to make sure that nobody purchases said condo.