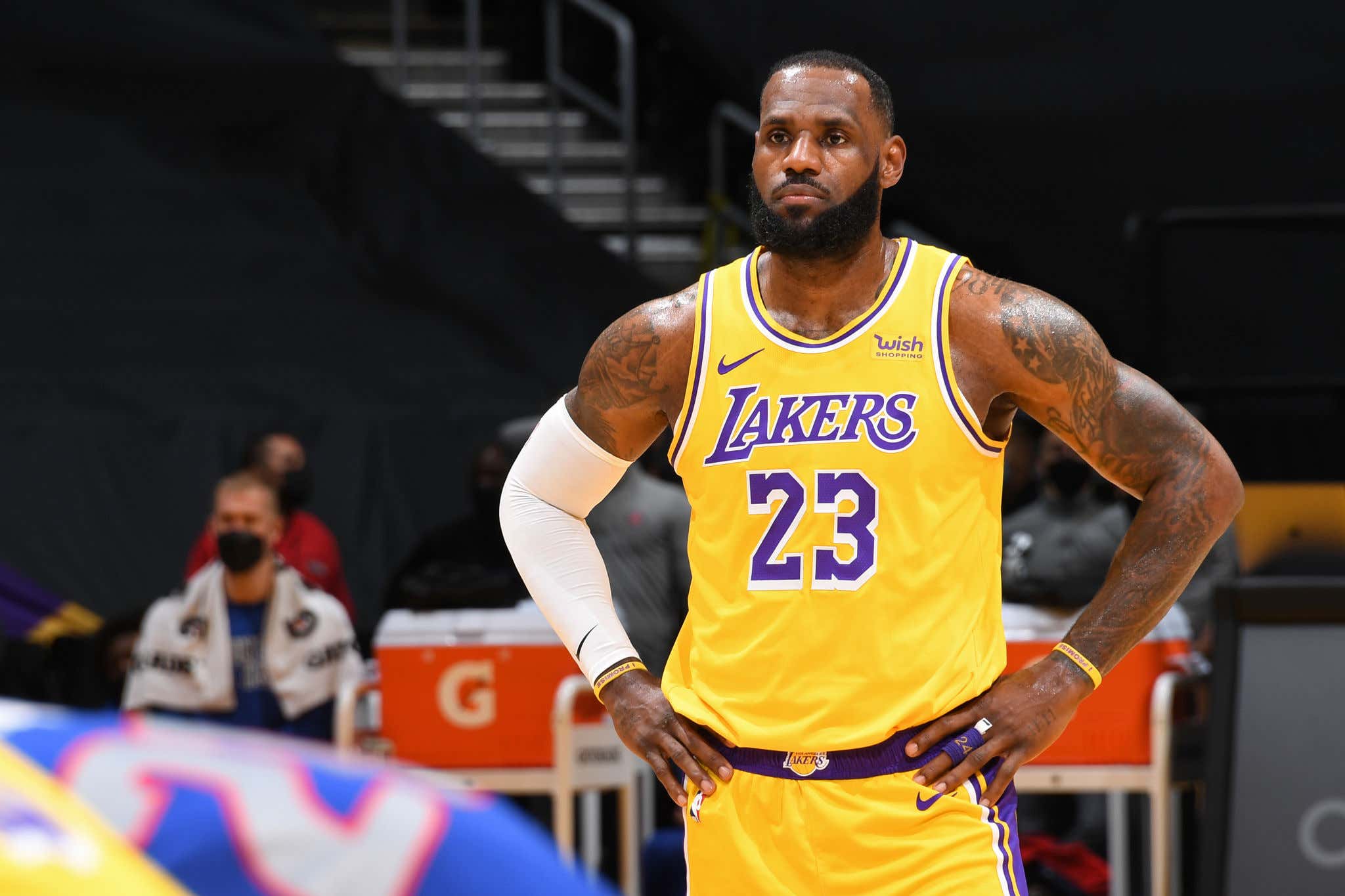 Every year I look forward to the NBA GM Survey. It's one thing for us idiots to debate on Twitter or talking heads to play the narrative that certain player agencies want them to push, but it's another thing to pick the brain of NBA GMs. You know, the people who should have a pretty good idea of where the league currently sits. Over the years this survey has returned some pretty surprising results, so I was excited to see how things turned out as we prepare to enter what should be another insane regular season.

Unfortunately, things weren't great for LeBron. At least by his standards. Remember, unless you call this man the best player in the league, that means you think he sucks. His words, not mine

Hopefully nobody showed him the results of this survey. Allow me to explain what I mean. Lets begin with one of the more intriguing questions that you'll find debated on Twitter essentially every second of every day. I'm talking about the best players at each position

For the most part, I think they nailed it? At least in terms of who owns the top spot. Who could argue that a healthy Steph Curry isn't the best point guard in the NBA right now? People may hate how James Harden plays, but he's easily the best SG whether you want to accept that or not. KD has taken over the best player in the world ranking so obviously he's going to own his position. That Giannis fella seems pretty good maybe you've noticed, and with Jokic, the guy just won the MVP for crying out loud. Here's where things get tricky for me though. If they allow for guys to be counted in multiple positions, why is James Harden not listed in the PG section? If Luka can live in the SG spot Harden should be able to be a point guard.

Also, Devin Booker is the 2nd best shooting guard in the league? That feels like a little bit of recency bias. I also found it interesting that someone like Zach LaVine got no votes. Are people still sleeping on Zach LaVine? 27/5/5 last year on 50/42% splits and he can't even get thrown in as an "also receiving votes". That's rough. Easily the funniest vote in that whole section of the survey is someone voting Khris Middleton has the best SF in the league. That was 100000% the Bucks GM and everyone knows it. Especially when guys like Jimmy Butler and Jayson Tatum were nowhere to be found.

What I also found interesting is that Anthony Davis apparently does not exist. Didn't get any votes for either the PF or C spot? That's weird because when healthy he's most definitely a problem. You know that LeBron seeing himself behind KD and then 4th in PG is eating him alive though. No chance he just lets this slide, I'm sure we'll see an IG post about this at some point. Lets move on

I'm sorry, how is this not 100%? Sure those other guys mentioned are great shooters, but none of them would be given the nod as a better pure shooter than Steph Curry. Probably the GM of each of those teams voted for their guy if I had to guess because anyone being objective would say Steph Curry.

Man, poor LeBron. If we're being honest, Jokic should be higher on this list. I think it gets slept on how clutch this dude is in the biggest moments. I know Luka has a knack for hitting those prayer step backs, but there's no getting around his 20/33% shooting in clutch time situations in the playoffs last year. He also shot just 26% from three in clutch situations during the regular season. The thing is he will hit a couple prayers over the course of the season so I get it, I just think Jokic is getting slept on here a little bit.

This is easily the #1 thing that I hate the most when it comes to NBA rules. Now that they solved the whole jumping into a defender thing this offseason, it's time to fix the take fouls in transition bullshit. Just go to FIBA rules and be done with it. That shit is so weak as it currently stands. If you turn the ball over, you should not be able to be bailed out with a take foul. You should have to bust your ass back on defense. I could not be more on board with the GMs on this one. Take fouls suck.

There were some other interesting responses mixed in like how AD got some votes for a player you'd start a franchise with, yet he's nowhere to be found in terms of the best at his position. Two Grizzlies in Morant/JJJ voted as guys who are poised for huge leap years, Alperen Sengun as one of the biggest draft steals, the Hawks with the league's best young core etc.

The beauty of this survey is in 8 months we'll be able to look back and see just how accurate these guys were. We know last year pretty much everyone was dead wrong about the eventual champ, so you never know what can happen.