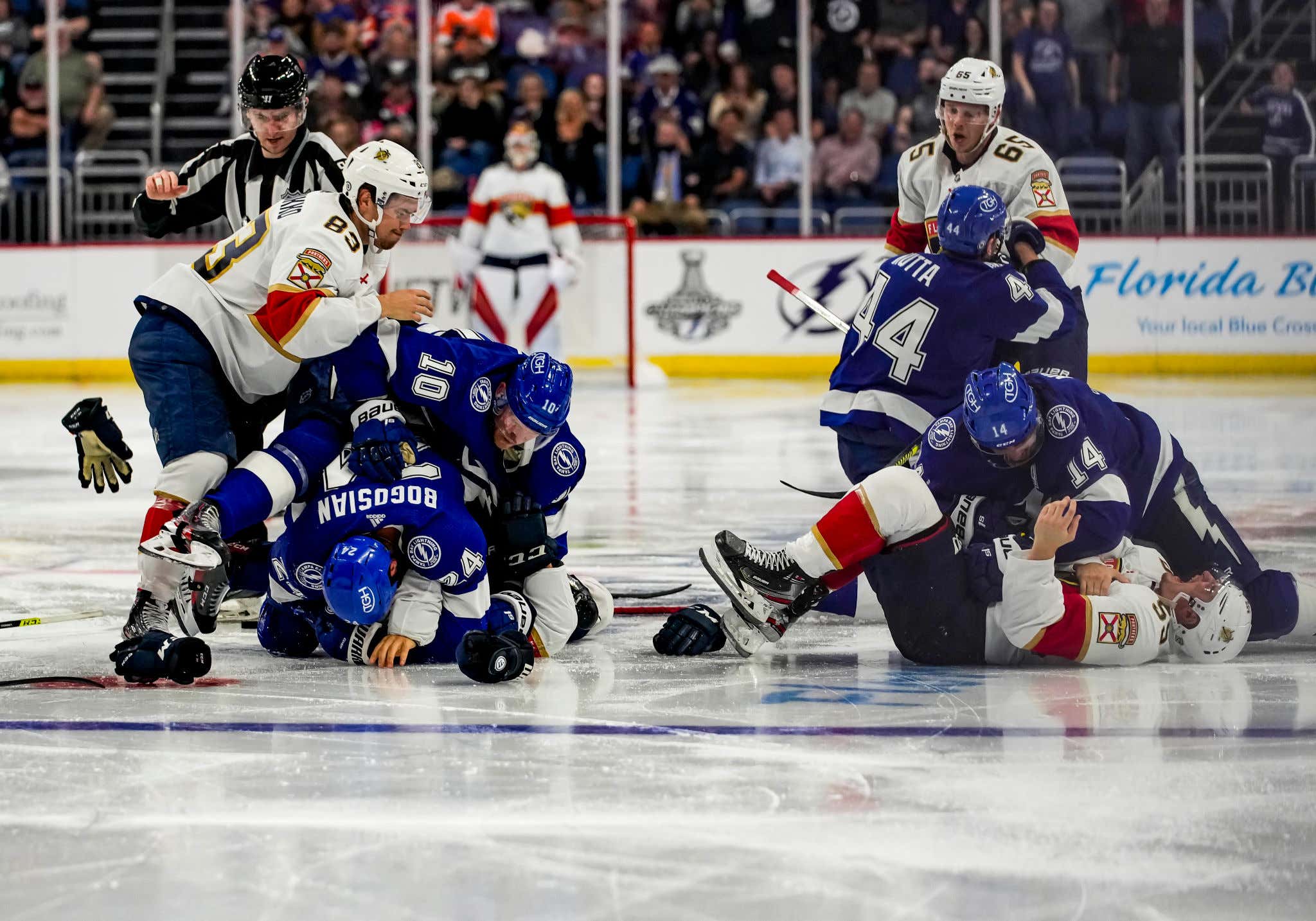 You might remember just a few short months ago when the Florida Panthers and Tampa Bay Lightning met up in the 1st round of the Stanley Cup Playoffs. It was the first time the two Florida teams faced each other in the playoffs, so they were going to go full Florida Man in this one. And in the final minutes of game 4, that's when they hopped in the express lane to Donybrookville, USA. 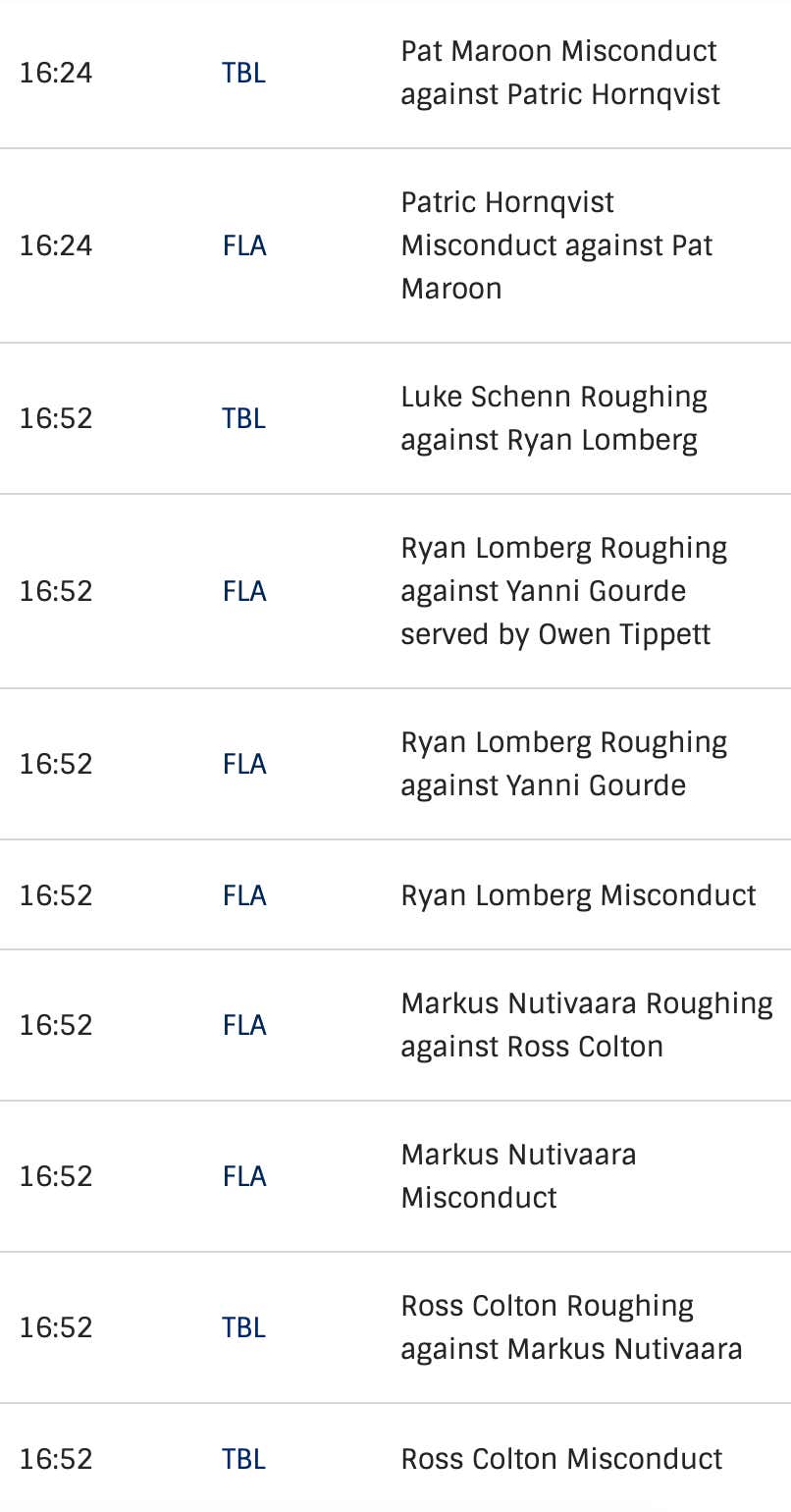 A list of penalties so long you'd think it was a rat tail in Daytona Beach.

But that's playoff hockey. The intensity is ramped up. Every shift means more, every fist to the face means more. The Bolts and Panthers may be rivals but surely that hatred would be subdued in the regular season, right?

Wrong. Dead fucking wrong. Because even in the preseason these two teams are at each other's throats already.

Okay so a couple of thoughts here. 1) Obviously the Bolts are going to jump the shit out of Bennett for this move. Reallllll greasy move to pull at any point of the season, let alone a preseason game. That's their 2x Stanley Cup Champion, Conn Smythe Trophy and Vezina Trophy winner that Bennett just bundled behind the net. You even look at Andrei Vasilevskiy the wrong way and you're going to have 5 other guys on the ice ready to use your skull as a speed bag.

But 2) I still think if a goalie is going behind the net to play the puck like that---especially when the forecheckers are already in the zone--he should be fair game to hit. I get going behind the net to settle a dump in for your defensemen when the other team is going off for a line change. But in this situation, Vasilevskiy is a part of the play. Bennett should be allowed to bundle the shit out of him. Maybe charging is the right call on the ice but even still, seems like that's on Vasilevskiy more than anything.

Either way, it's preseason and we've already got Sam Bennett crushing the most important player on Tampa's roster. They play each other again tomorrow night, they'll play their final preseason game against each other on Saturday night, then they play each other in the regular season for the first time on October 19. You know by the time that November 13th game rolls around that these two teams are going to need lawyers in the barn because there are going to be a couple of attempted homicides. And Sam Bennett might just need to join the witness protection program.

2 fights in the 3rd period for Sam Bennett. It's preseason! Preseason!

Unbelievable action. This might just become the best rivalry in the league. Both teams are good, both teams have a couple of grade A shit stirrers on the squad, and clearly both teams hate each other. Battle of Alberta is officially on the hot seat.