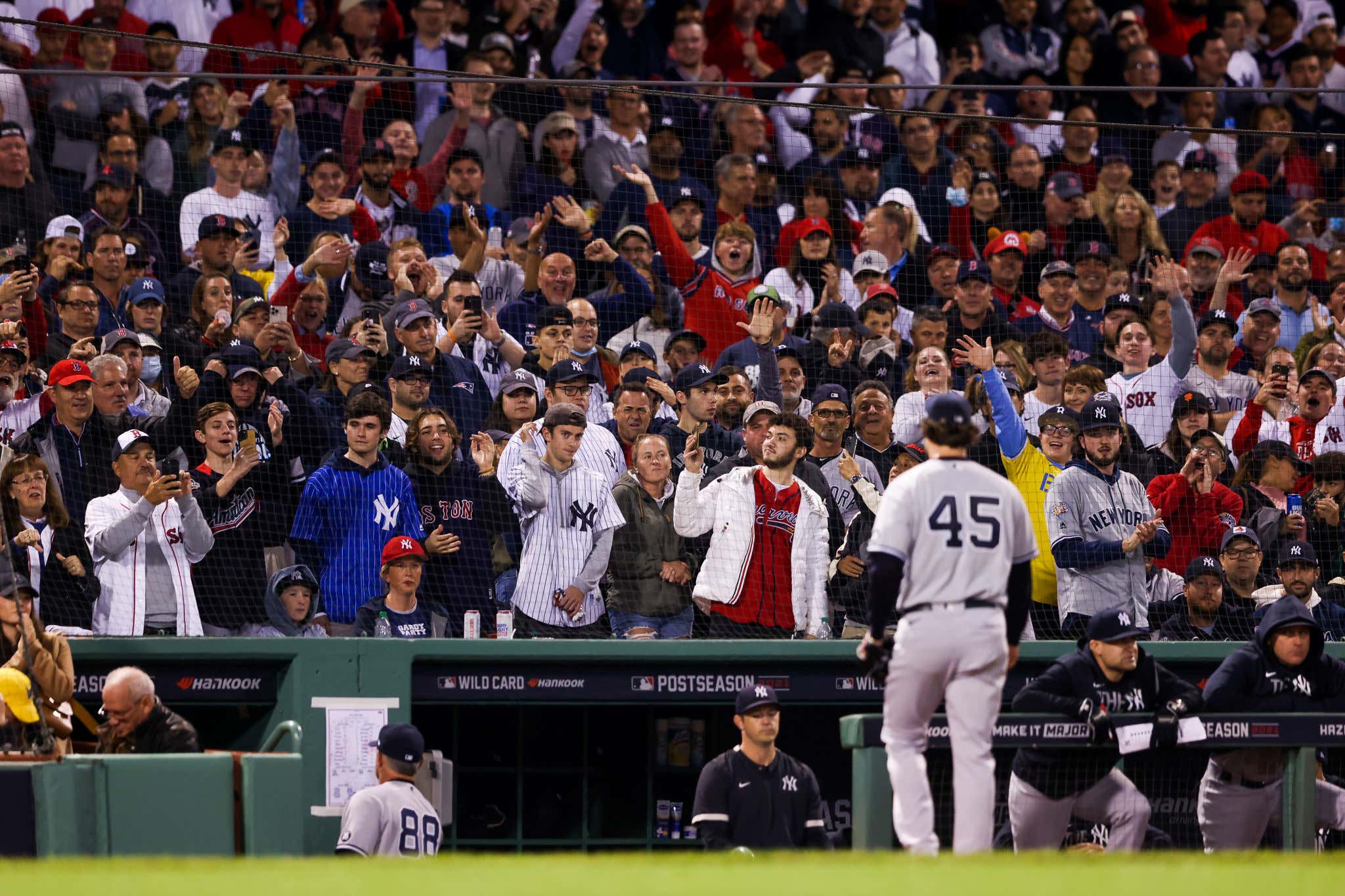 Here we are once again, another Yankees season ending in complete disappointment and underachievement. Shocker. This painful rollercoaster that had me wanting to die multiple times is finally over. It ends with Gerrit Cole, the $324 million man, not lasting 3 innings after having nothing in this start. Cole was awful. Atrocious. He couldn't locate anything and promptly served up a 1st inning bomb to Bogaerts and a 3rd inning tank shot to Schwarber.

He put the Yankees in an immediate hole that they could never climb out of. Why's that?

Nathan Eovaldi was an executioner out there on Tuesday. For whatever reason the Yankees hitters refused to see pitches in their at bats, swung early, and allowed him to cruise. The Yankees did not draw a single walk in this game. Not one. Their approaches were god awful aside from Stanton and Rizzo really. The bats came up flat as can be when it mattered most once again. A tale as old as time. Lifeless as can be. Eovaldi though, credit to him, was everything that Gerrit Cole had to be in this one. He showed up and shoved. Once he got the early lead he ran with it.

Despite Cole laying an egg and Eovaldi cruising, the Yankees had a chance to get right back in this game after Cora oddly pulled his starter with a pitch count well in check. Brasier came in and who but Giancarlo Stanton stepped to the plate. He proceeded to send this missile off the top of the monster, just missing a game-tying two run bomb. Judge was sent home and the Sox executed a perfect relay to nail him at home.

The game ended right there. All the momentum the Yankees had brewing completely evaporated. Gallo failed to get Stanton home in the next at bat and the Sox proceeded to get a run back in the bottom half of the inning to re-extend their lead. A few feet higher and we're tied. Instead, season over.

Looking back at everything this 2021 team put the fans through I think this is the worst season of my lifetime. Sure every year has its ups and downs I mean it's 162 games it can't go right the entire way, but my god the lows were catastrophic to the soul this season. Nightmares I didn't know were possible came to existence. And to go down like this in the postseason? A lifeless offensive performance behind your ace completely shitting himself? Horrible. Cole just has to be better than that. He's going to get destroyed and he deserves to.

Oh and to cap it all off we've got captain asshole with this beauty of a quote after the game.

There's so much that has to change. Manager, hitting coach, SS, 1B (I don't see them bringing back Rizzo), C, CF, more SP, maybe even a new GM. Clean the goddamn house. Major change is needed. You have to go into this offseason and change the culture cause what you have now is embarrassing. It's fucking embarrassing. Off to sleep now, the only escape. Sports suck.

P.S. Objectively the John Sterling fuck up on the Stanton single was hilarious. "Over the monster" to "what did I do wrong" was unreal. Still don't understand how that ball wasn't hit 500 feet. I'll never understand it.