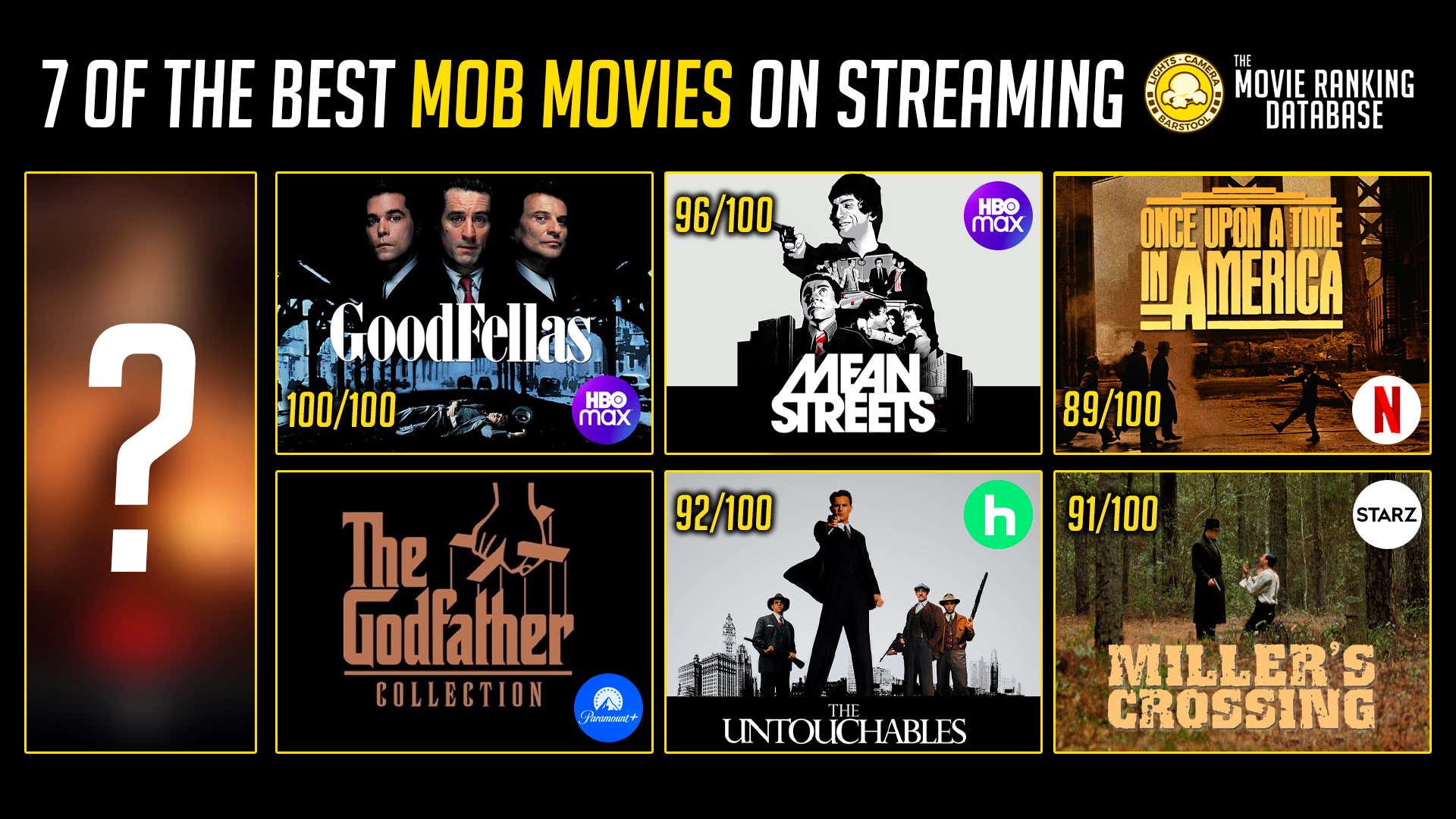 After being extremely disappointed with the Many Saints of Newark, I figure you guys will probably want something refreshing to the mob movie palate.

1. Goodfellas - HBO MAX: Goodfellas is arguably the greatest movie of all time. It is perfection across every quantifiable scale and Scorsese's best, in my opinion. Also, The fact that it and the Godfather are considered 1A and 1B for a lot of people, regardless of genre, is proof positive of how compelling this stories can be.

2. The Godfather Trilogy - Paramount+: Like I just said, a lot of people have this 1A and 1B for a reason. With the Godfather, this is obviously applied 99.9% to the first two movies, but god are they amazing.

3. Mean Streets - HBO MAX: Mean Streets doesn't get talked about nearly enough considering how good it is. In fact, I'd dare to guess that many people that count Goodfellas and the Departed among their favorite movies have never even seen it. It's maybe not as flashy as some other movies in Scorsese's filmography, but it's undeniably amazing. Personally, I think it is his third best movie.

4. The Untouchables - Hulu: I brought up how people should watch out of this movie in my streaming blog a few weeks ago, and I got a weirdly mixed response from people saying that they didn't like it. I just talked to Large for reassurance, and he agreed with me that it is definitly among the better mob movies ever. There are so many iconic scenes and lines, plus I love the score from the legendary composer Ennio Morricone. If you like Chicago, Capone, or Sean Connery, this is for you.

5. Once Upon A Time In America - Netflix: This is another movie that I think ranks among the best but hasn't been watched nearly enough. De Niro, Pesci, Segio Leone and Morricone working together on a 20s NYC gangster story/ How haven't you seen it?

6. Road to Perdition - Hulu: This is another movie that maybe isn't that flashy as the more notable movies in the genre, and it's a bit more of a family drama if anything. That said, I like the drama, I love Hanks and I think the score elevates this movie and setting like you wouldn't believe.

7. Miller's Crossing - Starz: The Coen brothers directing a mob drama Gabriel Byrne, Marcia Gay Harden John Tuturro and Steve Buscemi. I shouldn't have to pitch you beyond that!