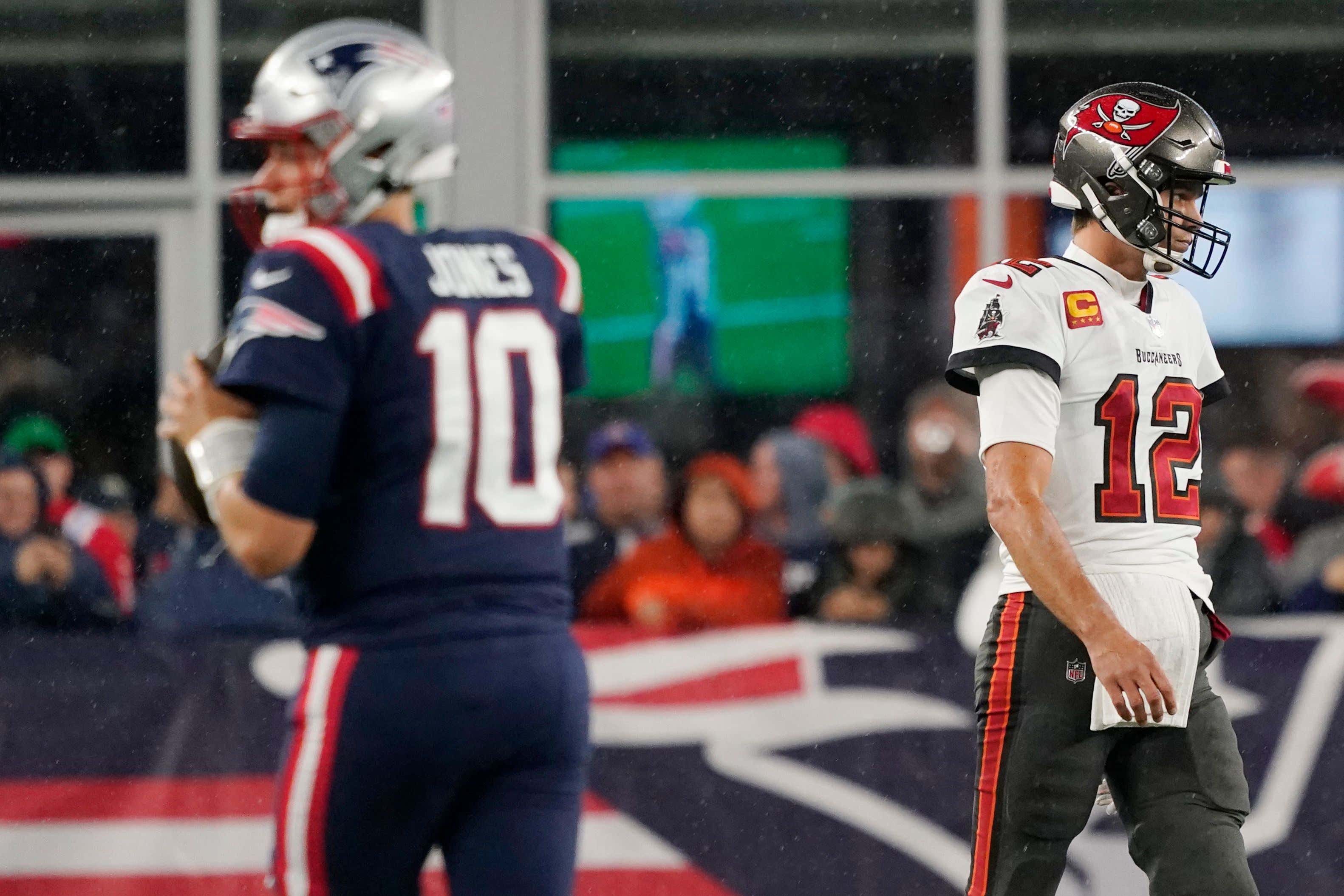 Like I said in the Knee Jerk Reactions to Sunday night's Ragnarok, we don't do moral victories in New England. It's a sentiment that has been echoed all over the place since the game ended. Though I expanded the thought to how we prefer our victories as immoral as possible, the cheatier the better.

That said, there is no coming out of that loss in the standings without recognizing that in the whole, vast configuration of things, this was a win.

If there was one person in the stadium Sunday night with more pressure on him than either Tom Brady or Bill Belichick, it was Mac Jones. If Brady had a bad game, it would've reflected poorly on him. But his career is already so legendary one regular season game could never matter in the long run. Any more than if the Rolling Stones mess up a chord or a lyric this fall after touring for 60 years. Belichick is largely unaffected as well. The people who argue he owes all his success to Brady will cite his Bradyless Won-Loss record regardless of whether Nick Folk's kick bounced off the inside edge of the upright and through.

But Jones had everything riding on this. The second biggest audience in SNF history. Every NBC employee this side of Hoda Kotb was broadcasting from there. He was in the epicenter of Ground Zero of the biggest pop culture event in America. With emotions on all sides riding as high as any non-championship sporting event could be. If he'd crapped himself, say if he had a Zach Wilson-like zero touchdowns, four interceptions game, it would've been humiliating for him and his team. It would've called into question his prospects and his franchise's entire vision for the future.

And put Jones the world on notice he can handle the big moments. More than that, with the weight of the world bearing down on his unchiseled, dad bod shoulders, he outplayed the incomparable legend he's been tasked with replacing.

If you want to call me a biased, shameless, ballwashing Patriots fanboy for saying that, I'll respond by saying, "Thanks." I appreciate that you've been paying attention all these years. Remember to Share and Subscribe, and bang that Like button. But just because I'm a partial, pro-Patriots honk doesn't make me wrong. And here are some of the most impartial, non-honks in the country backing me up.

Booger MacFarland calls Jones "the biggest winner of the night." And adds that he showed America he's the most NFL-ready QB of the rookie class. Despite Todd Bowles throwing everything he could at him.

Ignore Steve Young derailing the discussion by changing the subject to the decision to kick instead of go for the 4th & 3, and go right to Adam Schefter saying the Pats have found their franchise quarterback for the next dozen years and how "people around the league" are telling him Jones is going to be a Pro Bowler for 10 years.

Then listen and marvel as Brady's biggest fan (non-Old Balls Division) Randy Moss says that, despite having negative yards in the running game, Jones demonstrated he is on his way to filling Brady's shoes. And stay for Young's praise of how he scanned the field on both his touchdown throws and found the open man like a veteran, while all agree.

And speaking of agreeing, put "Mac Jones outplay" into the YouTube search bar and have yourself a rewarding hour or so watching the results:

On the other hand, you can ignore what I say, the experts say and what your eyes told you, and look at the numbers. Both the Pro Football Reference standard passing stats:

As well as the advanced metrics, courtesy of CLNS Media:

With the exception of average depth of target, Jones outperformed the Best There Ever Was in This Game across the board in every category. Including the red zone, where the Patriots turned three possessions into two passing touchdowns to Tampa's one TD in four possessions, that one on a run.

Despite everything. Jones' lack of experience. His total absence of help from either his pass protection  or his running game. According to Pro Football Focus' (paywall) analytics, he had an average of just 2.30 seconds on average to throw. On his 45 dropbacks, he was blitzed an astonishing 23 times (by one of the most prolific blitzing teams of the last several seasons) and posted this line:

And his numbers on the 37.8% of the downs when he was pressured:

Yet even the negative running game didn't prevent Jones from succeeding in play action:

I saved that metric for last because I think that, more than any other factor, it demonstrates just how impressive this performance by Jones was. It's a hell of a thing to be able to run play action successfully against a Super Bowl champion defense with one of the best Front-7s in the league when they enjoy the luxury of having zero respect for any part of your offense other than a traditional pocket passer. When your offensive line is in disarray and struggling to pick up rushers on stunts and games. When the running backs not only can't run but can't pick up blitzers. And the entire gameplan is forced to rely on the quarterback to keep the opposition off balance and find open receivers in a pocket so dirty you need a hazmat crew to clean it up.

All of which is to say Mac Jones just arrived. He'll have down games to be sure. But under the toughest conditions - physically, psychologically, emotionally and atmospherically - he proved he can stand up to the challenge like the future Pro Bowler everyone is telling Schefty he is.

All hail. Bend the knee to our king.