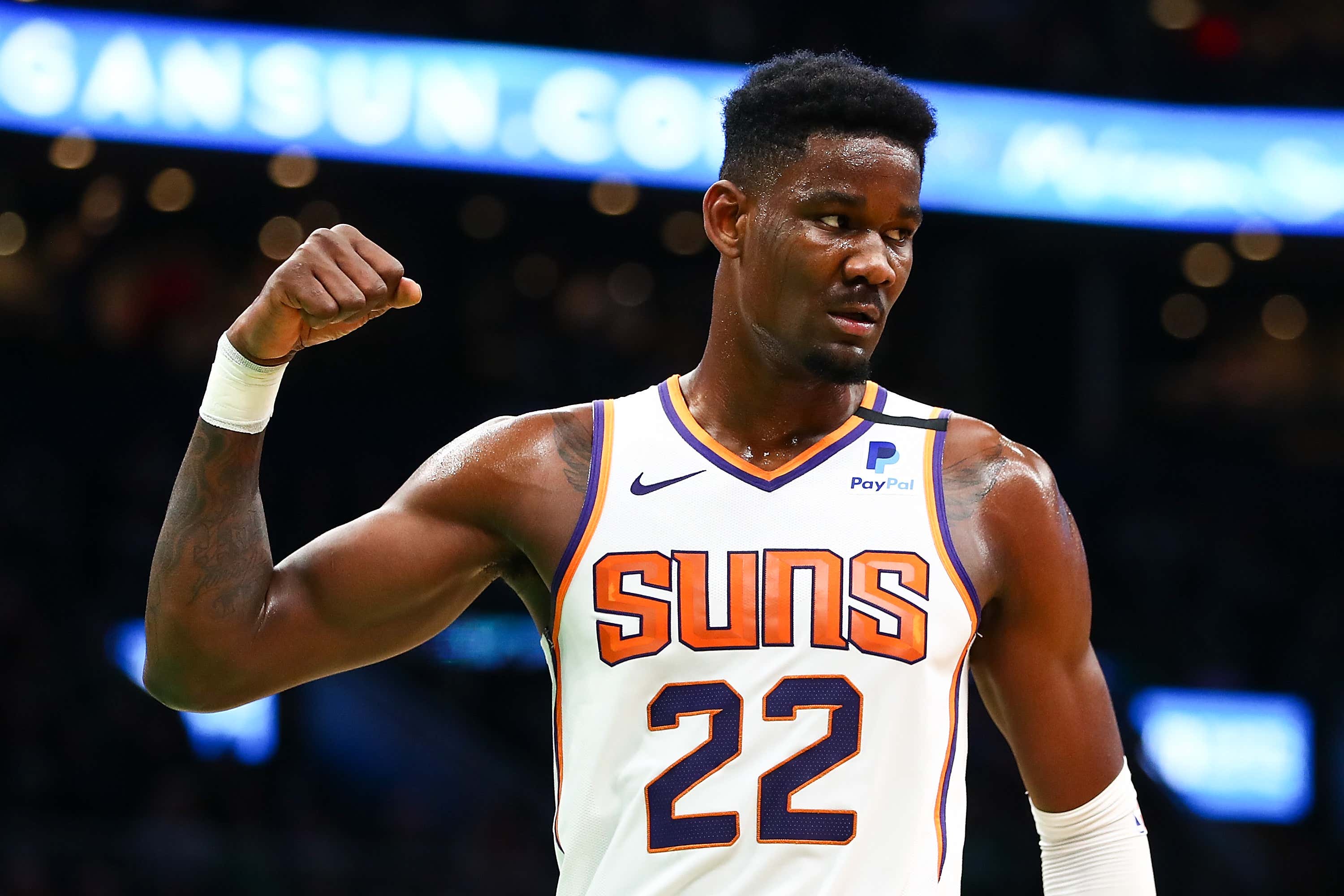 No matter how you slice it, the Suns are coming off what was a pretty dream season last year. They proved their 8-0 bubble run was no fluke, and that they can absolutely be a contender in a brutal Western Conference. They have that ideal mix of high end young talent, legit vets, and a solid head coach. What we also know is their owner is notoriously cheap as hell. Seeing as how they just paid Chris Paul 4/120M (final year nonguaranteed), it's fair to wonder what they might do with two other pillars of their team. You see both Deandre Ayton and Mikal Bridges are up for their rookie extensions this offseason. We've seen more and more guys sign their extensions, all of which have been pricey. Trae, Luka, SGA, MPJ all got max deals. Outside of MPJ, that's not really all that shocking, but as the days went by and both Suns guys went unsigned, it's fair to be getting a little nervous as a Suns fan.

Now we have the Ayton part. He wants a max and according to Woj won't entertain a deal that's under what the others from his class got. That's a little aggressive, but you can't get what you don't ask for. Is Ayton a max player? Probably not, but that doesn't mean he won't be offered the max as a RFA. All it takes is 1 team. The free agent class next summer is looking thinner and thinner, chances are there are going to be some RFAs out there that get max offer sheets. There's a scenario where the Suns end up having to pay the max anyway or risk losing the player for nothing.

Whenever this stuff comes up with a young player on a team that just recently had some success, I think back to Pat Riley's "Disease of Me" idea. Tell me if you think any of these factors sound like Ayton

1. Inexperience in dealing with sudden success

2. Chronic feelings of under appreciation

3. Paranoia over being cheated out of one's rightful share

4. Resentment against the competence of partners

6. A leadership vacuum resulting from the formation of cliques and rivalries

7. Feeling of frustration even when the team performs successfully

This is the challenge that so many NBA teams face once they get a taste of success. The Disease Of Me is real and has been proven over time, and we may have a case of it here with Ayton. At the same time, I can understand his case. He proved that he can be a legit starting center on a contending team. The Suns don't make the Finals without him, that's a fact

There's no real reason for Sarver and the Suns to fuck around here with Ayton. Just pay the luxury tax. Are they going to be just as cheap with Mikal Bridges too? This is like Joe Johnson all over again. The NBA salary cap is going up, the new TV deal is about to hit making these owners so much money. Don't risk messing up what spent all that time building. It's clearly working. I could understand if the Suns never made the leap and Ayton still demanded the max. That would be silly. But that's not what happened. He proved to be a difference maker and someone that can play at the highest level. Things can change for an NBA team in a blink of an eye. Last year they were this good vibes team that looked like they finally were breaking through. The more you screw around with this stuff and it maybe bleeds into the season, it can mess everything up. Now Ayton (and maybe Bridges) is thinking about his deal. It's why teams try so hard to sort all this out before the season starts. That stuff can really mess with a player, especially a young player.

Remember, Ayton is only 22 years old. He's already a walking double double who is coming off a legit playoff run (16/11 with 1.1 BLK on 66% shooting). Those players get paid in today's NBA. That's just the reality. It's not a matter of what you are actually worth as much as it is what the market dictates you're worth.

Deep down, I think this is probably was Suns feared deep down. Things were almost going too well it seems. You just knew that Robert Sarver would make his presence felt. For a team that passed on Luka and actually came out OK with a young franchise center, to fuck around and potentially lose him does not seem smart. Don't overthink things here, just