Everyone and their mother is tweeting me right now saying the Astros will sweep the White Sox. When I challenge people that come at me with that sort of shit by asking how much they wanna bet me, they typically don't respond or they say "well, they'll probably win in 4 but the White Sox aren't good because they played in a bad division."

This doesn't include Nick Madrigal (who was dealt), Adam Engel who's played less than 40 games this year, and IL stints from Kopech, Lynn, Giolito, Anderson, Tepera, Rodon, Crochet and others. If you stick to the big 3 above though, the exact MEAT of the White Sox lineup missed over 250 games between the three of them alone.

I know injuries happen to every team. I'm not using this as an excuse because injuries are no longer a concern to this team for the most part. But when this is what you lost…

…and you still win your division by 13 games, who gives a fuck?

Yes, the division was dog shit this year, and since the division was so bad, the White Sox would have BOMBED for 100 wins if they didn't lose 60+ bombs from their lineup this year. Anyone with a brain agrees. Those who don't have a brain automatically look at the White Sox with their 1-5 record against the Yankees and 2-4 record against the Astros this year and say "they have no shot."

The fact of the matter is is that this is a different White Sox team than when the Astros played them in July. Look at this lineup: 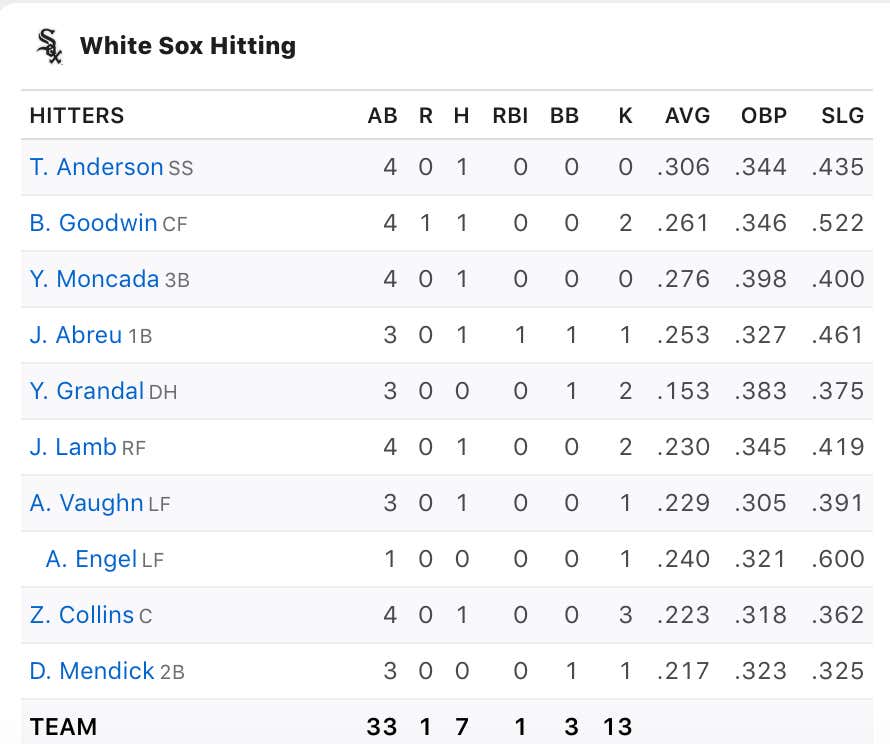 The fact of the matter is is that you're not going to win many games against good teams with that roster. The very next day Brian Goodwin was hitting cleanup and other guys who the Astros won't have the luxury of pitching against were in it still: 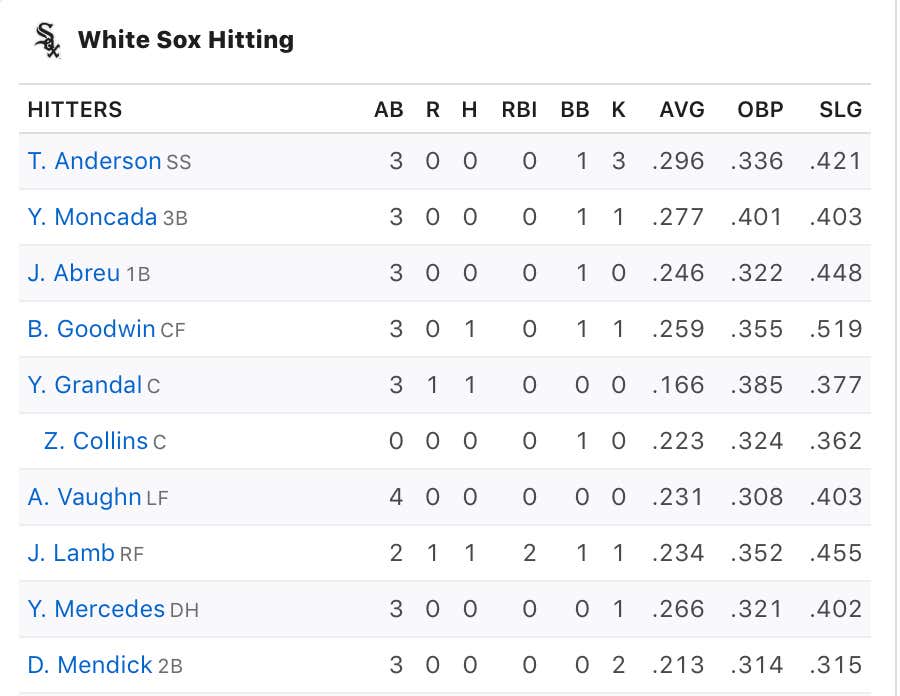 Yermin Mercedes? Remember him? He had an all world April and then we never heard from him again.

This was the case for around 100 games this year. Replacement level, AAAA players backing up Anderson, Abreu, and Moncada. It is what it is though. The Astros are will be facing a lineup that top to bottom is pretty lethal now that it's healthy:

I would not recommend betting against the White Sox. The opposite, in fact. I'd recommend betting on them because their value is actually really good now for a team that is peaking at the perfect time. The White Sox have their warts, as all teams do, but they are not going to roll over and die just because they were the benefactors of a shit division. They could win it all. Not saying they will win it all or that they will even win 3 games against Houston, but if you're automatically counting them out because of the division they play in, you're an idiot.

I cannot wait for Thursday. All you bastards better bring your A game.