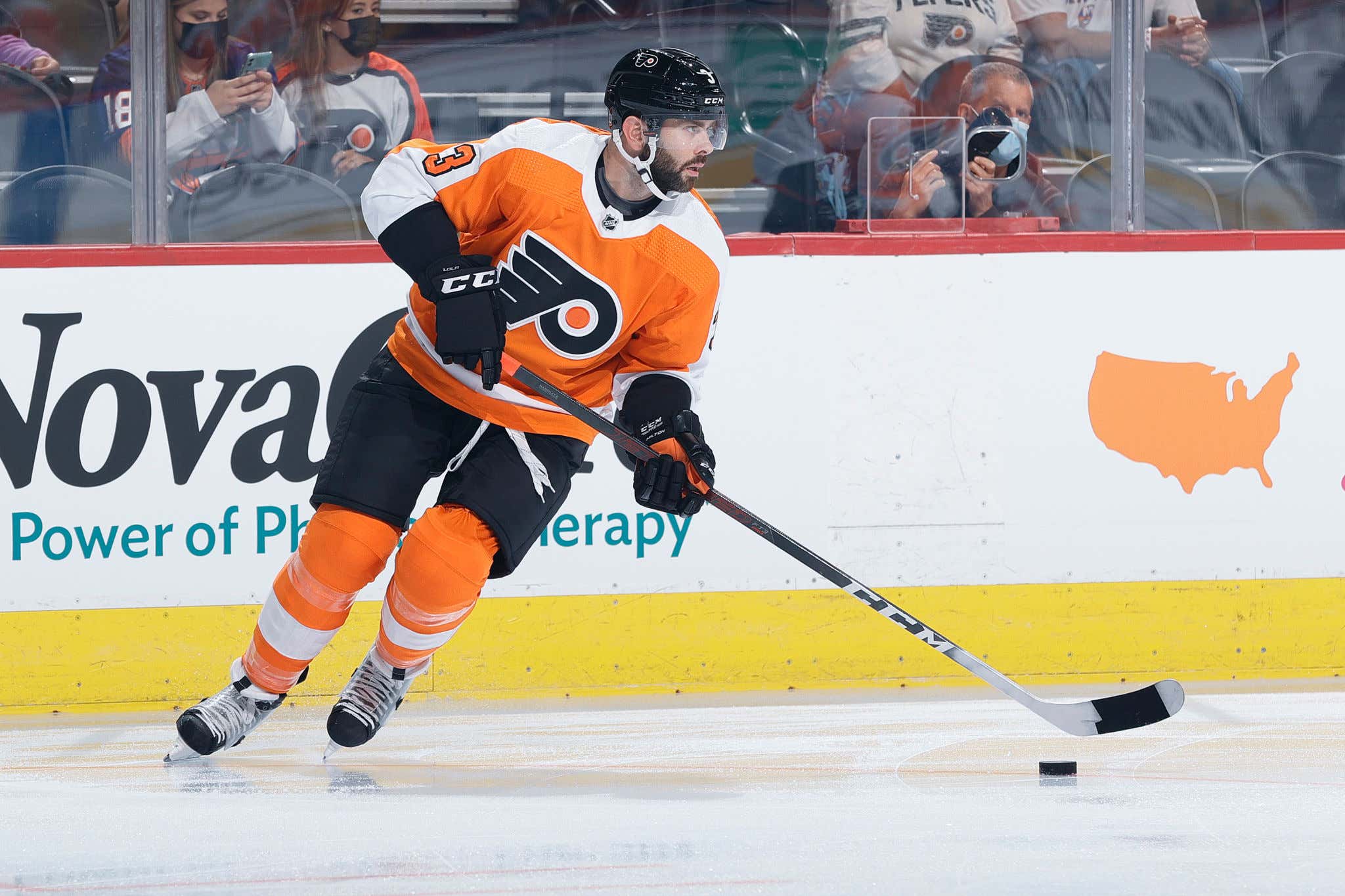 Could you imagine in July if someone went up to each of the 32 general managers in the NHL and told them, "hey you could basically sign Wayne Gretzky right now for under a million dollars". You'd have to have a large bowl of wet mashed potatoes for a brain to pass up on that opportunity.

Yet 31 GMs around the league essentially did just that when they passed on Keith Yandle after he was bought out of the remaining 2 years left on his contract by the Florida Panthers. But Chuck Fletcher knows a bargain when he sees one, and he pounced on the opportunity to sign the Sonk Father to a 1-year deal. And even though it may still only be preseason, the ROI is astronomical. Especially considering that not only does he have the longest active iron man streak in the league going, but he also has the best active manners in the league as well.

Do you see Sidney Crosby thanking his goalies for settling pucks wrapped along the boards? Do you see Alexander Ovechkin thanking his goalies for getting out behind the net to make life a little easier for whoever is scooping up the puck next? McDavid? Matthews? Cody Ceci? No, no, no, no and god no. But Keith Yandle is one of a kind. Just an all around big team guy. Wayne Gretzky has the goals, sure, but does he have manners? Not like Keith, he doesn't.

And to even further the gap between Keith Yandle and the next nicest guy in the league, he was kind enough to hook Sean Couturier up with this extra crispy apple on the powerplay last night against the B's.

Again, that's a $900,000 man. I can't believe the other 31 teams out there let the Flyers sign this man for that kind of money, but I'm going to wake up every day from now until game 7 of the Stanley Cup Final thankful that they did.