Etalk - After years of speculation, Harry Styles has finally confirmed that his 2019 song “Watermelon Sugar” is about exactly what fans had previously guessed. During his Love On Tour concert stop in Nashville on October 1, Styles admitted that yes, the song is in reference to the female orgasm. We stan a popstar who can put pen to paper about female pleasure.

On Friday, Styles’ mid-concert chat included the British singer admitting that the inspiration behind his Fine Line single was multifaceted, just like women. We are complex and layered creatures.

"It doesn't really matter what it's about," Styles told the Nashville crowd. "It's about the sweetness of life.” Continuing, Styles said "It's also about the female orgasm but that's totally different, it's not really relevant." Oh, it’s relevant.

Harry Styles is the fucking man.

You can hate on him all you want, I used to too, but eventually you'll come to your senses and realize what all the hype is about.

I thought One Direction was a joke. Just another run of the mill, fabricated pop act, that the label and radio stations shoved down our throats.

But then Harry struck out on his own and started putting out straight heaters.

"Treat People With Kindness" is one of the riskiest, and original songs I've heard in years. It's reminiscent of something from the 70's, when music was good, and had personality, but with a Broadway twist thrown in.

There's also of course the aforementioned "Watermelon Sugar" which many were calling the song of the summer LAST summer but stayed on the airwaves hotter than the devils dick all the way through this past summer.

Good song and all, but I personally thought "Adore You" was much much better. And his best work to date.

Such a sexy song. Perfect in every way.

The bottom line is Harry Styles is the man. And he's not going away anytime soon.

He's got the looks of a young Mick Jagger. And the man himself has even gone on record saying he is a fan of young Harry. 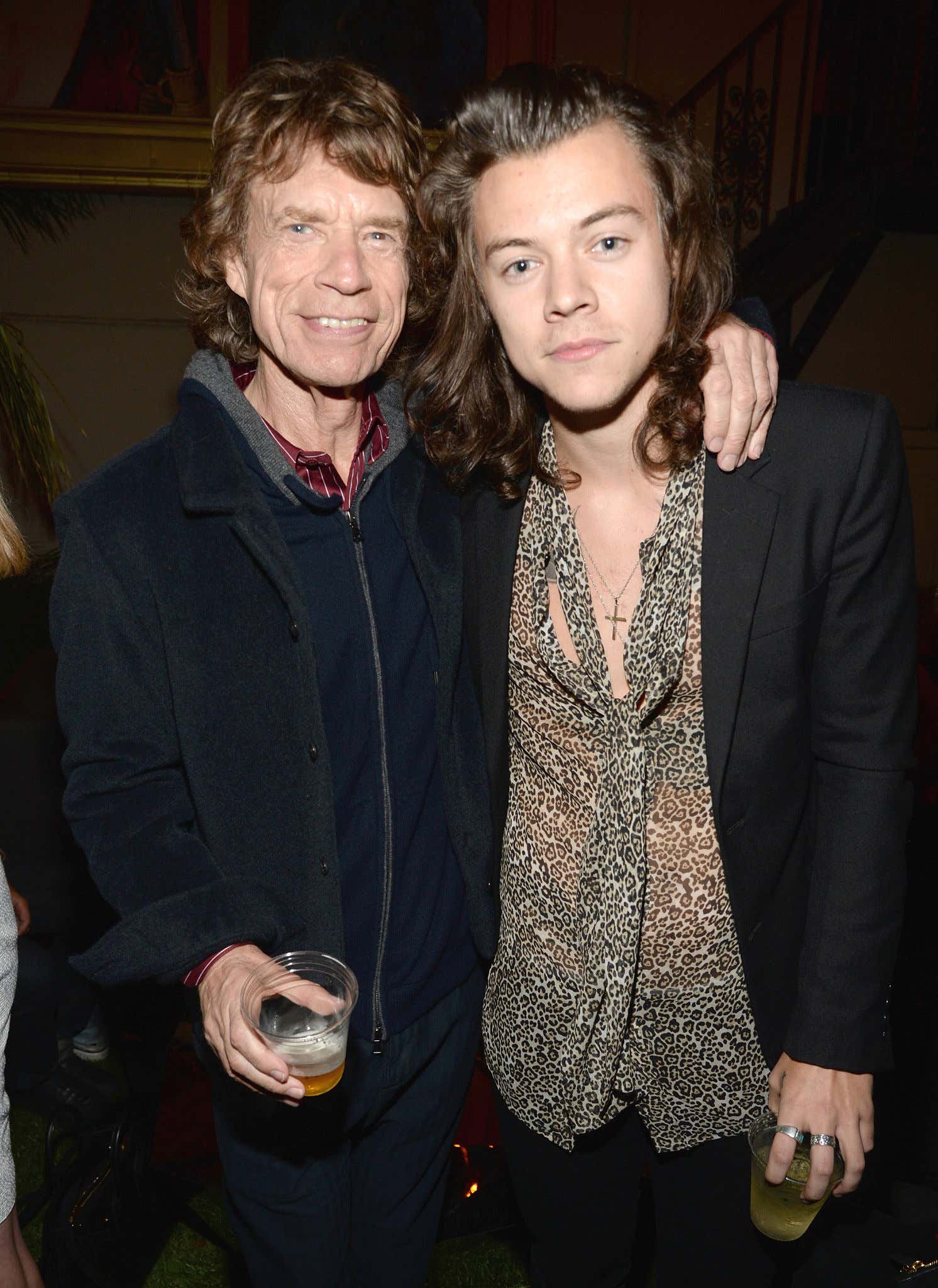 If Mick gives him the thumbs up how can you not?

Plus, he's an absolute chick slayer.

Have you seen the girls going to his shows? If you're talking to or dating a girl at this moment, ask her if she wants to go to the Harry Styles concert when it rolls through your city and watch them freak out.

He's packing in 30,000 smokes to these arena's and getting them sopping wet telling them his hit song is about making them orgasm and they're screaming like banshees.

Guy could legit pull any chick on the planet that he wants.