Watching Taylor Heinicke play quarterback is a delight mixed with a heavy dose of meth. I've never done meth but I imagine the feeling is similar to watching this dude ball. He put on another show yesterday, going for 290 and 3 TDs with no lack of theatrics along the way as the WFT squeaked out a victory in Atlanta. Now, I don't want to bury the lede- a win is a win and I'll take one any way I can get one. BUT. Giving up 30 to Atlanta? Allowing 374 total yards? And once again being a pile of shit on 3rd downs, letting the Falcons offense go 10/16 on them while only sacking Matt Ryan once all game? Horrific. Terrible. Disgusting.

The WFT defense is bad. Really bad. And it shouldn't be. This unit on paper has improved over last season, but are playing like they have never seen a game of football before. And as I've screamed from every mountaintop, rooftop, and Twittertop, Jack Del Rio is the issue. His schemes are atrocious and he's making zero adjustments. The third down conversions, namely 3rd and longs, make you want to run headfirst into a brick wall. The lack of pressure on the quarterbacks make you want to nose dive into woodchipper. And the fact corners are never within 10 yards of a WR make you want to laugh and then die.

This is a huge issue and it needs to be solved ASAP because the upcoming schedule is terrifying: 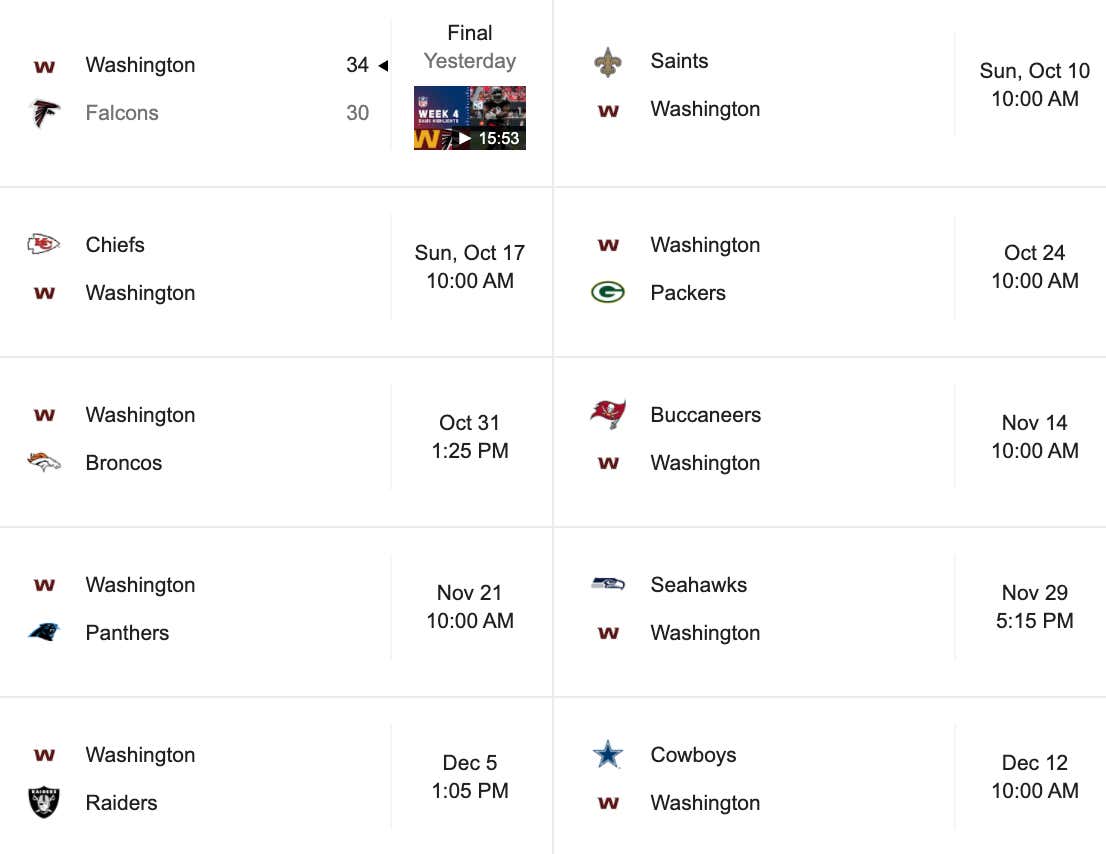 Mahomes, Rodgers, Brady, Russ, Carr, Dak. And the others are Jameis, Bridgewater, and Darnold. When you have the worst defense in the league and that's the schedule…fuck. They couldn't stop noodle-arm Matt Ryan, what the fuck are they gonna do facing Mahomes and Rodgers back to back weeks?

So unless Taylor Heinicke's massive nuts can leave his ballsack, strap on a helmet, and line up in the secondary or on the line, the next best option is to relieve JDR of his duties and bring someone in that won't run the most boring, vanilla, unintimidating defense. I don't really see any other choice at this point. We've seen them fail time and time again for the first 4 weeks, it's time to bring in someone new who might have a better idea of how to utilize the weapons on the defensive side of the ball.

PS: Heinicke, such a legend. Love him to death.