This commercial played during Sunday Night Football last night, and I was thoroughly confused. I missed the very beginning where it says "Tiffany & Co." so for awhile I really thought Jay-Z and Beyonce just bought up their own commercial time to show off their lives and brag about how rich they are. And to be honest, I would've loved that move. Imagine if Jay-Z and Beyonce were so bored with their riches that they just decided, "Ah fuck it, let's drop a few milly for a minute long commercial where we just play the piano and shit." Would've respected the hell out of that. But then it got me thinking. Why aren't rich people doing this all the time?

It's crazy to me that filthy rich people aren't at a bare minimum buying up a 30 or 60 second commercial to show off their lives and just do whatever they want. And if you're one of the richest people in the world, you might as well just buy up a full broadcast. Jeff Bezos has a net worth of $191 billion. So $40 million is NOTHING to him. Jeff Bezos spending $40 million is the equivalent of the average American spending about 24 bucks. Basically my average Seamless order for dinner to take over a Sunday Night Football broadcast. Easiest decision ever. He makes $321 million in a SINGLE DAY so he can literally do this every single Sunday and still be turning a profit massive for the day. Also look at all the other shit he spends money on. He pledged $10 billion to fight climate change? Who gives a flying fuck about that? What a waste. He spent all that money to go to space too. I would so much rather take over a Sunday Night Football broadcast than go up in the air up a little bit to look at shit. Boring!

That's actually my new goal in life. I want to become rich enough so that I can just buy up all the commercials on a Sunday Night Football broadcast and do my own little variety show. Every single commercial on that broadcast would be Tommy. You wouldn't be able to escape me. One commercial is a Thursday Thought. Then maybe a little skit. My Twitter/Instagram @tomscibelli and TikTok @tommysmokes permanently watermarked on the screen.

Just a black screen and people finally think they got me off the air. But then I pop in from the corner after a few seconds with a "Hey friends! It's me Tommy again!" I'll fake people out. Start with a shot of a car driving down a highway and people think "Oh finally a car commercial" but then it's me driving the car. A shot of a family eating at McDonald's but then the camera pans out and you see me, "Hey it's me Tommy again!" You can't shake me. Might do a full commercial break where I just put up really good pictures of myself. Like this one. 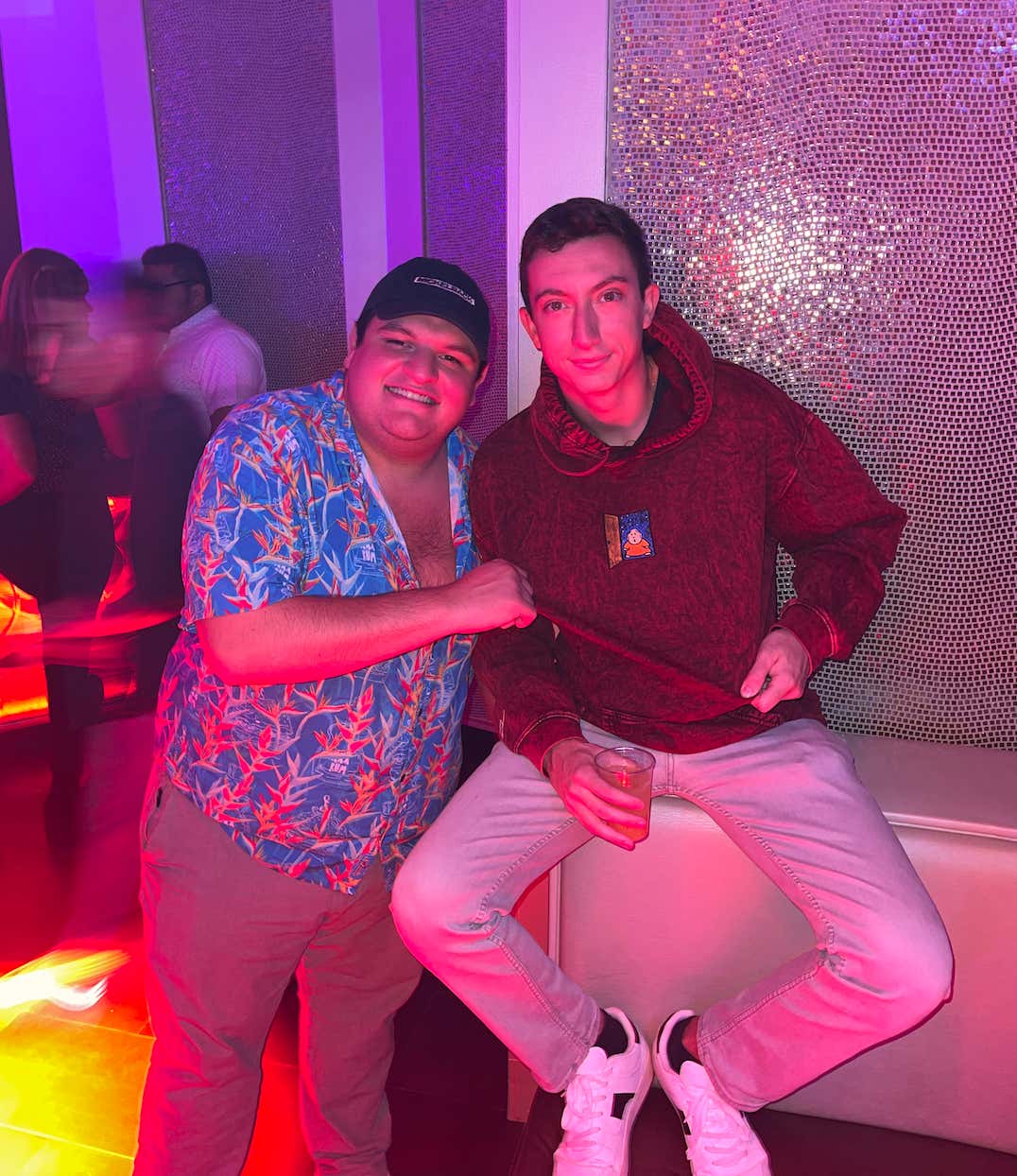 (I mean what a picture. Gonna try getting that one on my Instagram story every single day for the foreseeable future. Instagram being down today is a snag in the road but they won't stop me. This will be a Joe DiMaggio like streak).

People would grow to HATE me. "I just want to watch the fucking Steelers game, but I have to deal with this rich weirdo popping up on my screen every 10 minutes to make observations about restaurants and Ubers." Or maybe in time they'd grow to like me. "This guy ain't so bad after all. Sure, he could certainly be spending his billions more wisely, but he's rich and lonely and just wants to make some friends." It would be sort of a tragic story, really.

Anyway, it's extremely unlikely I'll ever be as rich as Jeff Bezos. Like a 0% chance I'd say. But a boy can dream!