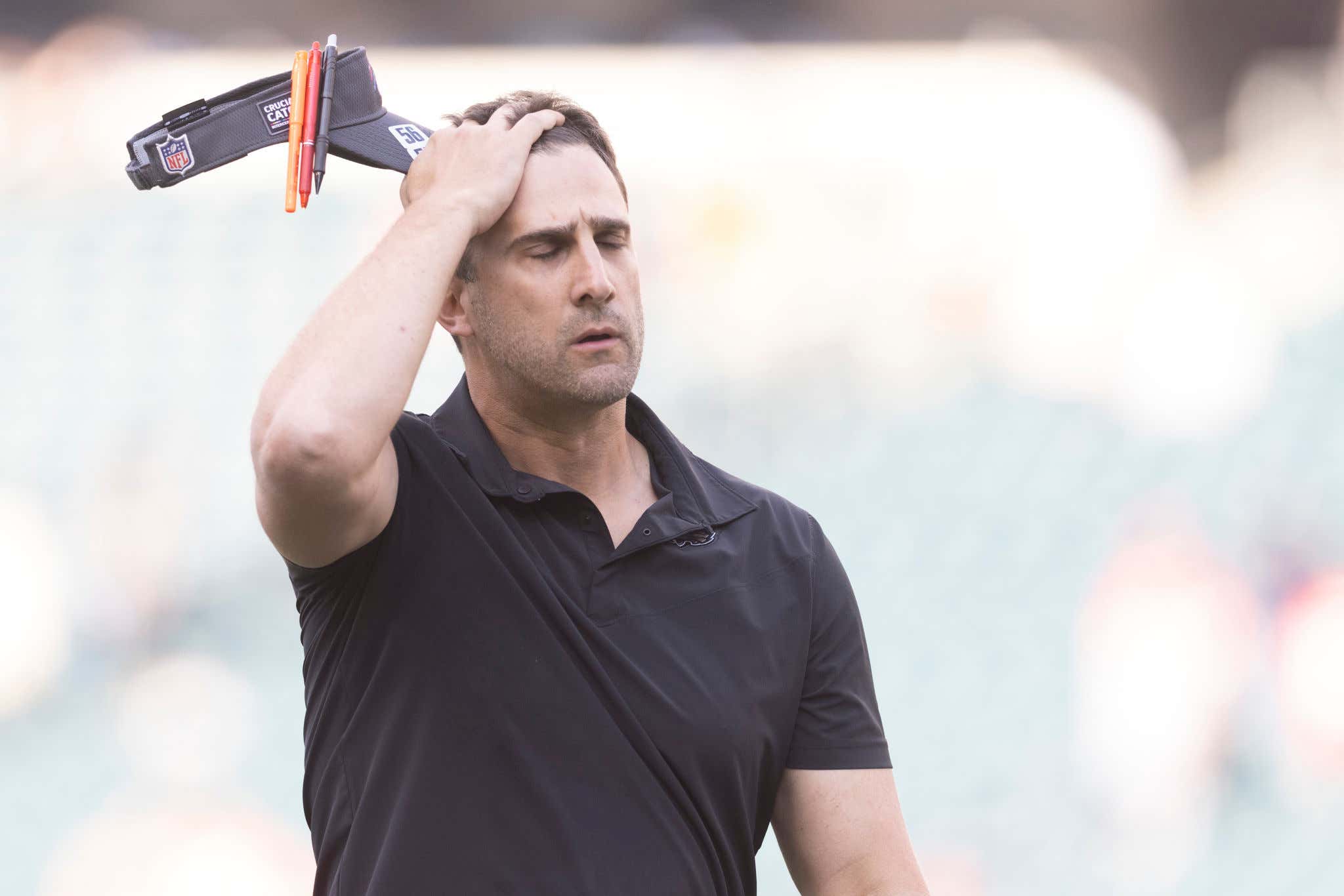 First and foremost, it's crazy that Nick Sirianni doesn't have an endorsement deal with Staples or OfficeMax with the amount of highlights and pens he keeps stored on his visor. Feel like any office supply store should be loading up the bag for Coach.

You wait all spring. You wait all summer. You can't wait for football season to be back in your life. Very few things beat the feeling of waking up on a crispy autumn Sunday morning and having a big game to look forward to later in the day. It's the only thing that matters to you that day. You're overcome with excitement, anticipation, jubilation, and ice cold beers. And a little less than a month later?

And sure, you could still sit through every game for the rest of the season. You might think to yourself that any football is better than no football. Or maybe you're just a masochist and you secretly enjoy the pain and misery. But there has to be a better use of your time. So what's a man to do?

I guess you could probably pick up a new hobby. Maybe there's something you've always wanted to do, but you just never thought you had the time to start. Want to learn how to play guitar? Good news is that at least 4 hours of your Sunday have just magically opened up. You'll be shredding Wonderwall by the time Thanksgiving come around.

You could always use this time to pick up some brownie points with the significant other. Don't want to watch the fellas get ran all over by Sam Darnold and the Panthers? Schedule a brunch, some pumpkin patch shit, and a trip to Target. All of a sudden you have enough brownie points built up to last you through the rest of the year. All thanks to the team sucking.

Golfer? Well good news is that you can basically have the course to yourself on Sunday afternoons now. No more need to book the earliest tee time available and show up to the first tee box still drunk.

Your dumbass is going to be on the couch watching loss after loss after loss. Because sports fandom is a disease and you can't quit it no matter how much it sucks. So to all the other fanbases out there who know the season is already a wash and you have nothing but pain and misery waiting for you over the next 13 weeks--we're all in this together. And on the bright side, it's only a few more weeks until the Flyers and Sixers can start to disappoint the shit out of us.