Need to get that tee'd up and out of the way because it's actually not that funny outside of some classic number/sex humor. When you look at the big picture, literally, it's pretty staggering how many different players the Cubs used. 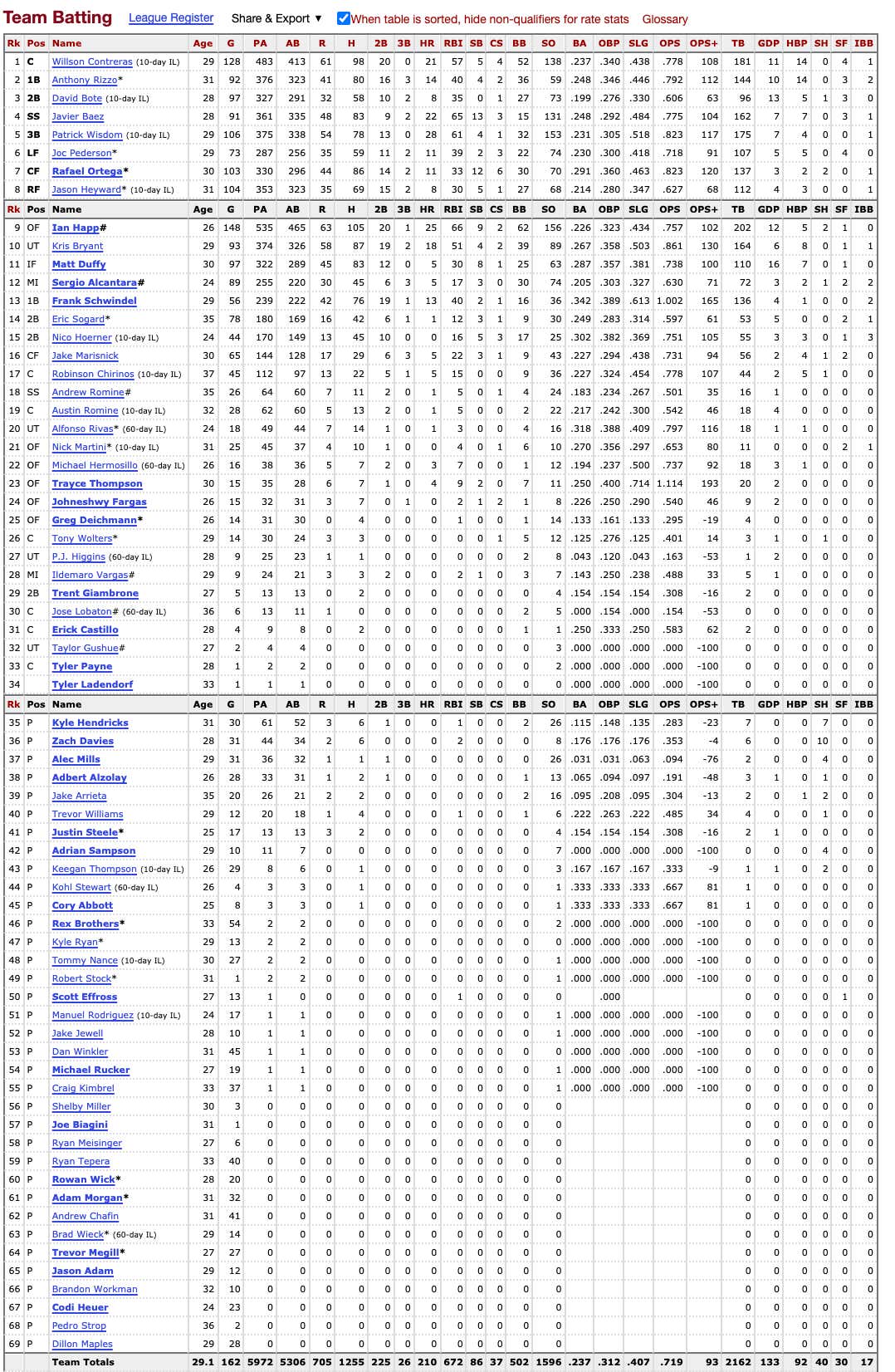 Granted that's going to happen when you sell half the team to start August. But even with all that known roster drama, 69 guys is a lot of fucking guys. On some level you have to applaud Jed Hoyer for making us watch so many different players. That's a good way to get us to forget about Rizzo Bryant & Baez. Just keep changing the names and faces until our brains physically can't pull memories from before 2021. That's sharp.

In other news, here's a good look at the White Sox roster. They've complained a lot about injuries and their depth issues throughout the entire season. They used 47 FORTY SEVEN players 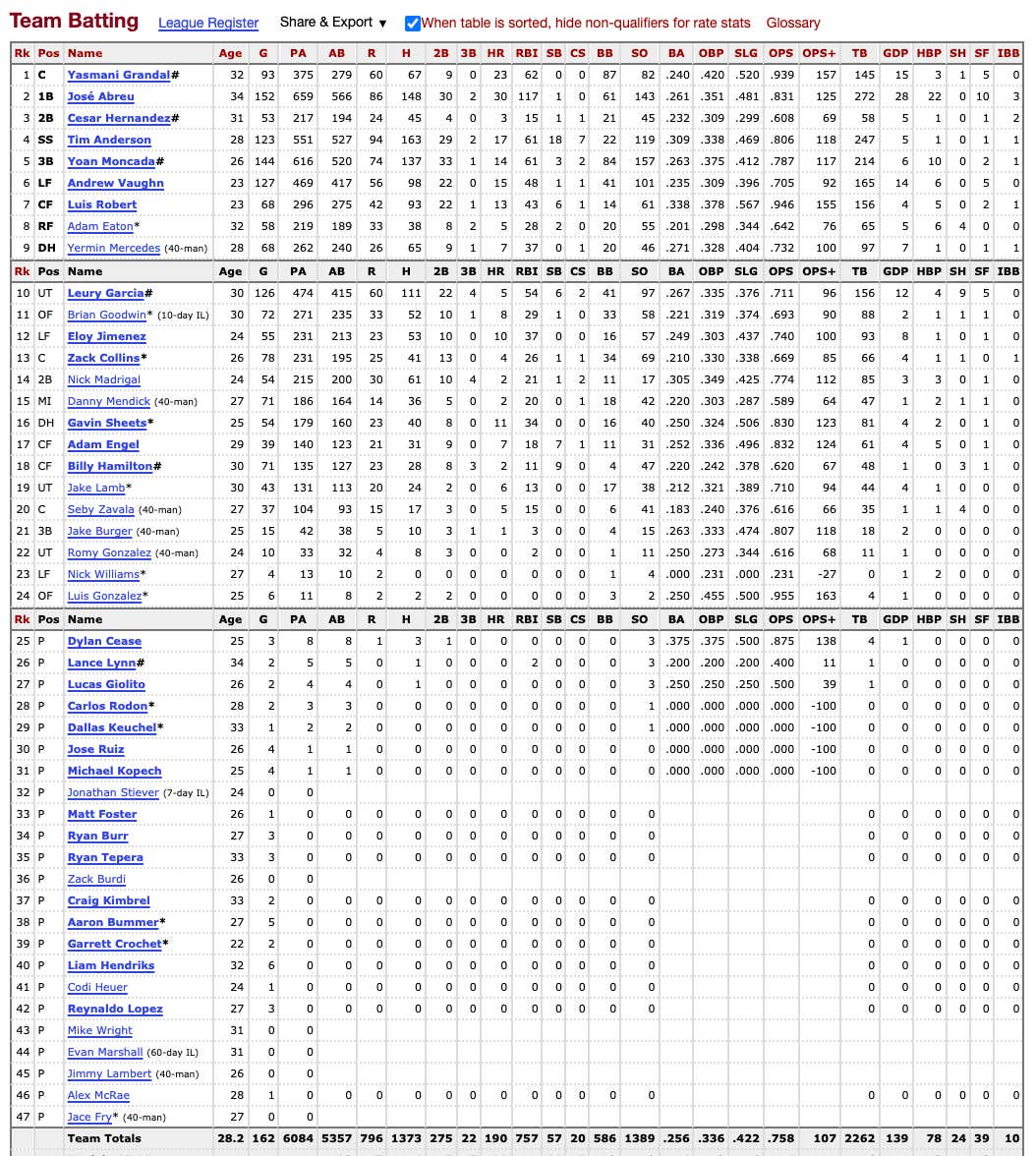 Some of those guys were on the Cubs too. So that doesn't even really count towards their big number. And White Sox fans feel justified in their complaints?

Two different circumstances. That's the reality. The White Sox have had a lot of injuries but no musical chairs with the AAA team. The Cubs have been the complete opposite with round trip shuttle service to Iowa running the last 12 weeks of the season. Don't get worked up about the point, just note the difference.

In other news, Frank Schwindel won rookie of the month for September. That gets its own blog later today. I'll look up the stats and give him some good context like he deserves. That's been a pleasant surprise from what's been an otherwise stale few weeks of the season. I've been like Weekend At Bernies 2 and that's being generous. Each lineup, pitch and mediocre series effort has been more painful than the last as I waddle through a lifeless end to a forgotten season.

There's some potential reasons to potentially be optimistic, but to categorize the last 6 weeks as anything less than depressing means you're just being an asshole. The bright side is we get to the turn the page today with playoffs which is the first part of the healing process. We all get to focus on good clean baseball and start building our free agent wish lists. There will be plenty of drama over the next month to distract us from our woes. That's a good thing.

Another good thing is that this will be the first massive offseason for the Cubs since signing Heyward in 2015. That's the last time they flirted with Tier 1 free agents. No clue if that changes in 2021 but there's a chance and that's Nicer than the 69 players.