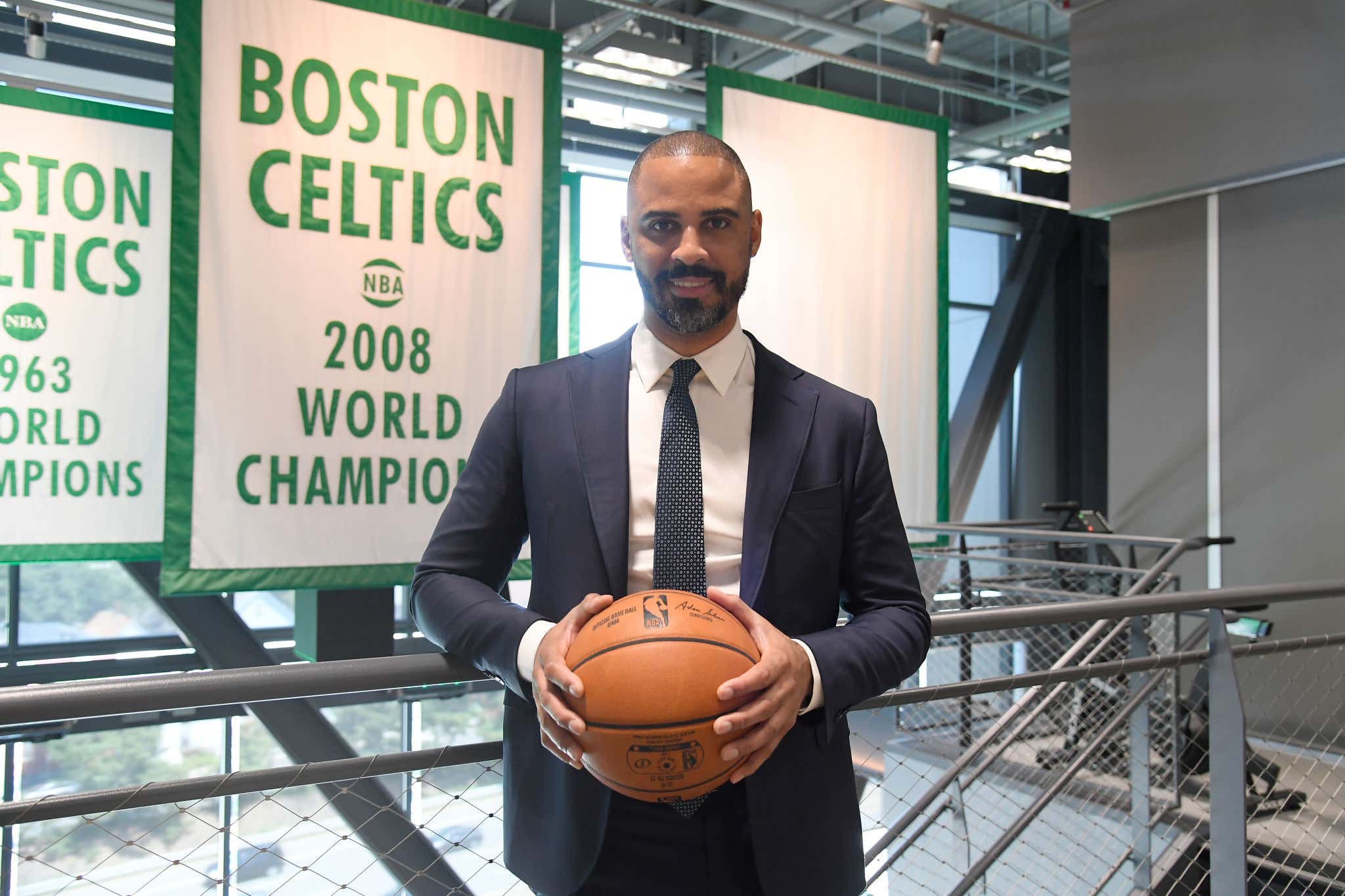 We made it. A total of 125 days after we last saw the real Celticsroster play, the day has finally arrived for our latest real fake game and I for one could not be more excited. Summer League was our appetizer and for the most part it did what it was supposed to do. It scratched that basketball itch you sometimes get by mid summer. But today marks the official start to the 2021-22 NBA season for our beloved Celts. This time the fake game we're about to see has a little more substance. While Ime has already talked about how today will be a time for experimentation and different lineup combinations, it still feels incredible to have Celtics basketball back in our lives again. While we haven't gotten the word of who is suiting up or not, the beauty is it doesn't really matter. While I think we're all excited to see the Jays play because they do shit like this

even if they only play limited minutes there are still a ton of reasons to be excited for tonight's game against the Magic.

You may have your own personal list, but this is some of the stuff I can't wait to see

Easily the best value free agent of the summer considering he's a starting talent playing for around $5M, I'm interested to see what it looks like when this team goes to their second unit and actually can put NBA caliber players on the floor. That starts with Schroder. He's saying all the right things in camp

and it sounds like this way of thinking comes from the top. A big part of last year's issues were the fact that guys didn't have a clear role. The first thing it appears Ime did was make sure that was not the case this year

So I can't wait to see what version of Schroder we might be getting. If it can somehow be the 2019 OKC version, this signing will be a homerun and then some. I'm interested to see how he runs things with the second unit, if he can show the ability to carry the offense as a #1 scoring option with that group, if his shooting looks better, that 94 feet defense. I certainly hope he plays tonight.

Summer League was great for getting us all drunk as shit on potential. The improvement that both Payton Pritchard and Aaron Nesmith showed during those 10 days was undeniable. So when it comes to them I'm just ready to see more of the same. Now the competition is a little better because there's actual NBA players on the floor now. We all know how important it is that the young players on rookie deals on this roster start to contribute on a consistent basis, and tonight is where that starts.

Then there's Romeo. I'll say this about Romeo. Every single time he steps foot on a basketball court it's important. All his appearances matter. His Summer League was "meh" at best. He appears to be healthy and ready to roll. These are the moments where he needs to seize his opportunity and show real growth. It wouldn't shock me if his rotation minutes were impacted by how he looks in the preseason. While most of these guys will be going through the motions and getting back in game shape, for Romeo these games mean more. He can't waste his opportunity.

Even if it's for small stretches, I'm hoping we get to see some double big lineups with Al and Rob today. I just want to see it. I know it'll take some practice and might be rough at times, but that's what these games are meant for. Work out your kinks, get an idea of what might work and what doesn't and go from there. For me, that's seeing how Rob and Al along with the Jays and Smart look together on the floor.

Look, Ime has been putting on a pandering clinic this offseason. Every quote we get from him is better than the last. But he's still a huge unknown. He's never been a head coach before. We have no idea what his system may or may not be. He's spent all summer talking about how he wants to play with toughness and actually get back to ball movement….well this is his first chance to show us.

The first thing we'll be able to tell is if Ime knows when to call a timeout. You know, the one thing that Brad never seemed to figure out. We'll know right away if Ime knows he can stop a 20-0 run by calling a timeout before things get out of hand. He's also talked a lot about holding guys accountable and getting on them if they start to play like assholes. Well, let's see it tonight. You know there are going to be iso heavy moments as guys get their legs back. I'm looking to see if he actually backs up what we've been told all summer.

Much like with Ime, all we've heard from Smart and those around him this summer is that things will be different now that he has his truly defined role. For the first time in his Celtics career, Smart knows he's the starting point guard and primary playmaker. I'm looking to see if his style of play shifts at all. Can he get back to the pass first/defense first player that truly impacts games in a positive way?

That's why maybe even more so than his offense, I want to see Smart get back to the lockdown defender we've grown accustomed to and most certainly did not see last season. It's OK to admit it was a step back defensively for Smart in 2020. Well, this summer he got his max extension, he got the ball in his hands, and it's time to get back to being an elite perimeter defender. There will be no improvement on this team if they continue to suck ass defensively, and that starts with their best players.

Overall, I want to see a Celts team that gets back to playing with a consistent 48 minute effort. One that actually defends. One that moves the ball. The basketball will most likely be ugly from everyone involved at this point of the preseason, but we'll know it if we see it. Energy and effort go a long way, we know this after experiencing last season. I'm also ready for the torture that comes with watching this team play. It's never easy. The next 8 months are going to be long and test every fiber of your being. You're going to experience every emotion under the sun watching this team play.

Frankly, I wouldn't want it any other way. LFG.