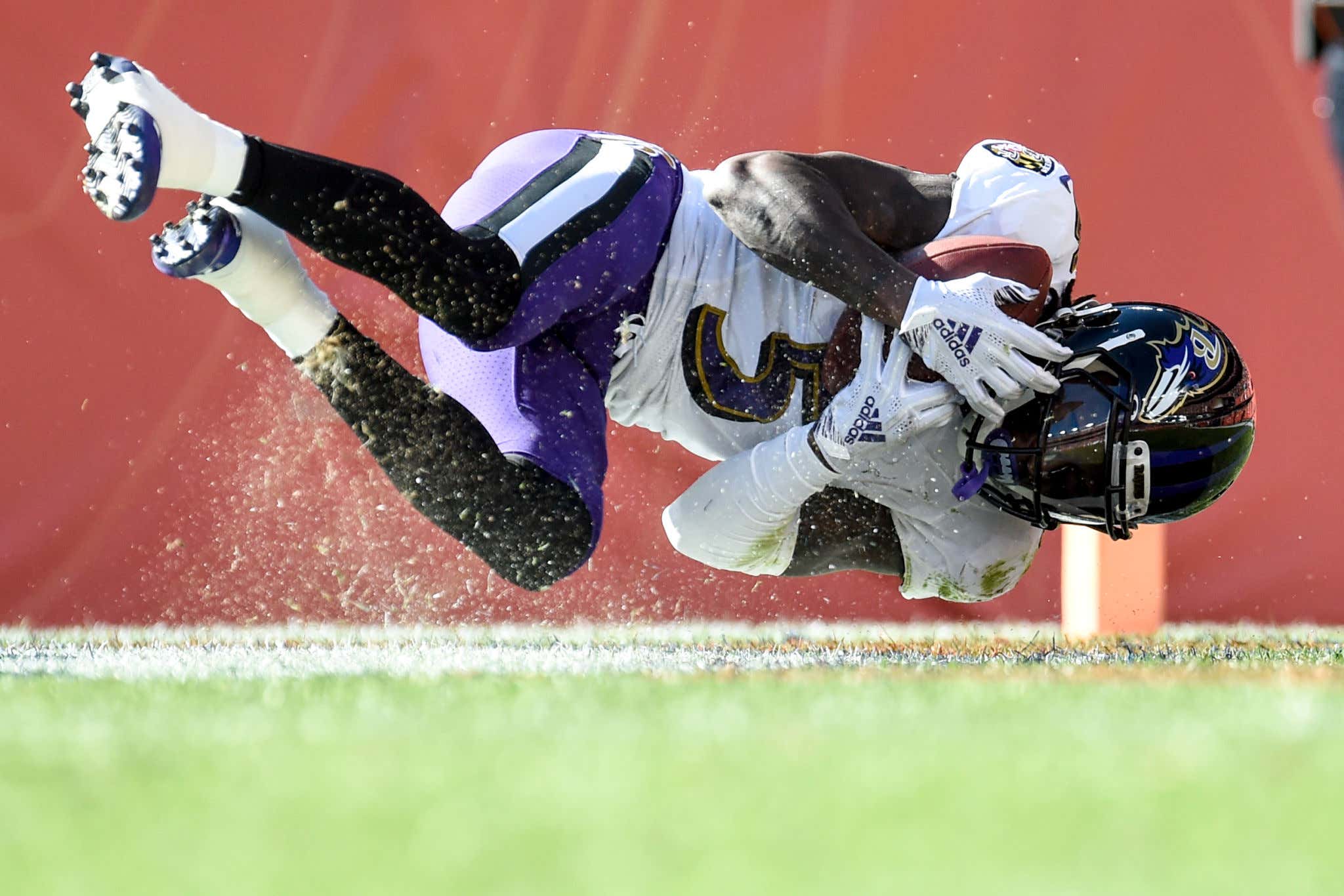 The Ravens came out relatively flat today. 3 punts on their 1st three drives, only 2 first downs, and the Broncos seemed to move the ball with relative ease despite not scoring on their first three drives either. Denver was knocking on the door of the end zone when the 1st quarter ended, and it felt like another one of those Sundays. One where the Ravens seemed to struggle against a lesser team, struggle to pass protect, and most frustrating of all, struggle to make tackles in the open field.

The Broncos did proceed to punch it in to start the 2nd quarter, which only furthered the idea that it was gonna be a long Sunday. However, it was all birds from there.

Lamar Jackson started to cook. They struggled to move the ball on the ground early, so they took to the air. That’s supposed to be the way you stop this offense, if you listen to the national pundits. You “make Lamar throw”. He was far from perfect, but he threw the ball downfield and hit on a bunch of strikes when this team needed it. The home run to Hollywood was one of the best connections of their young careers

Ultimately, the result was a dominant 2nd quarter where the Ravens stole control of the game and never looked back.

The 2nd half was vintage Lamar era Ravens. Clock draining drives, including 13 and 15 play field goal drives that kept the ball away from the opponents. Which was hardly a threat anyway because the Ravens defense bounced back in a big way. They were dominant, even if it was Drew Lock instead of Teddy Bridgewater. They played with attitude, took the QB down 5 times and hit him 11 total. It was only right that they earned that garbage time pick in the end zone because they earned that single digit point performance.

All of this restores some faith in what this Ravens defense can be. Nobody is saying the Broncos offense is a force to be reckoned with, but we needed to see this defense put up a performance we know they’re capable of. They’ve been a bigger part of the success the past couple of years than people realize. This team is not all about Lamar Jackson, as much as everyone wants it to be. The deck was gonna be stacked against him all season if they played the rest of the season like he did the first 3 weeks. This was a big rebound performance that hopefully they can build on and maintain from here on out. The Ravens are a very dangerous team when they can get off the field and keep the rock away from the opponents. I love they way they finished today.

Ultimately, they’ve gone on the road the past two weeks and taken care of business. The performances have been uneven at times, but little by little they’ve been finding their stride, and you probably could’ve expected them to be 3-1 at this point. Home game on Monday night against the Colts that you know the grizzled Baltimore faithful are gonna get up for, so we should be 4-1 and on our way before the schedule starts to spice up. Hasn’t necessarily been pretty so far, but I like the way the Ravens are trending. Should be a fun October.