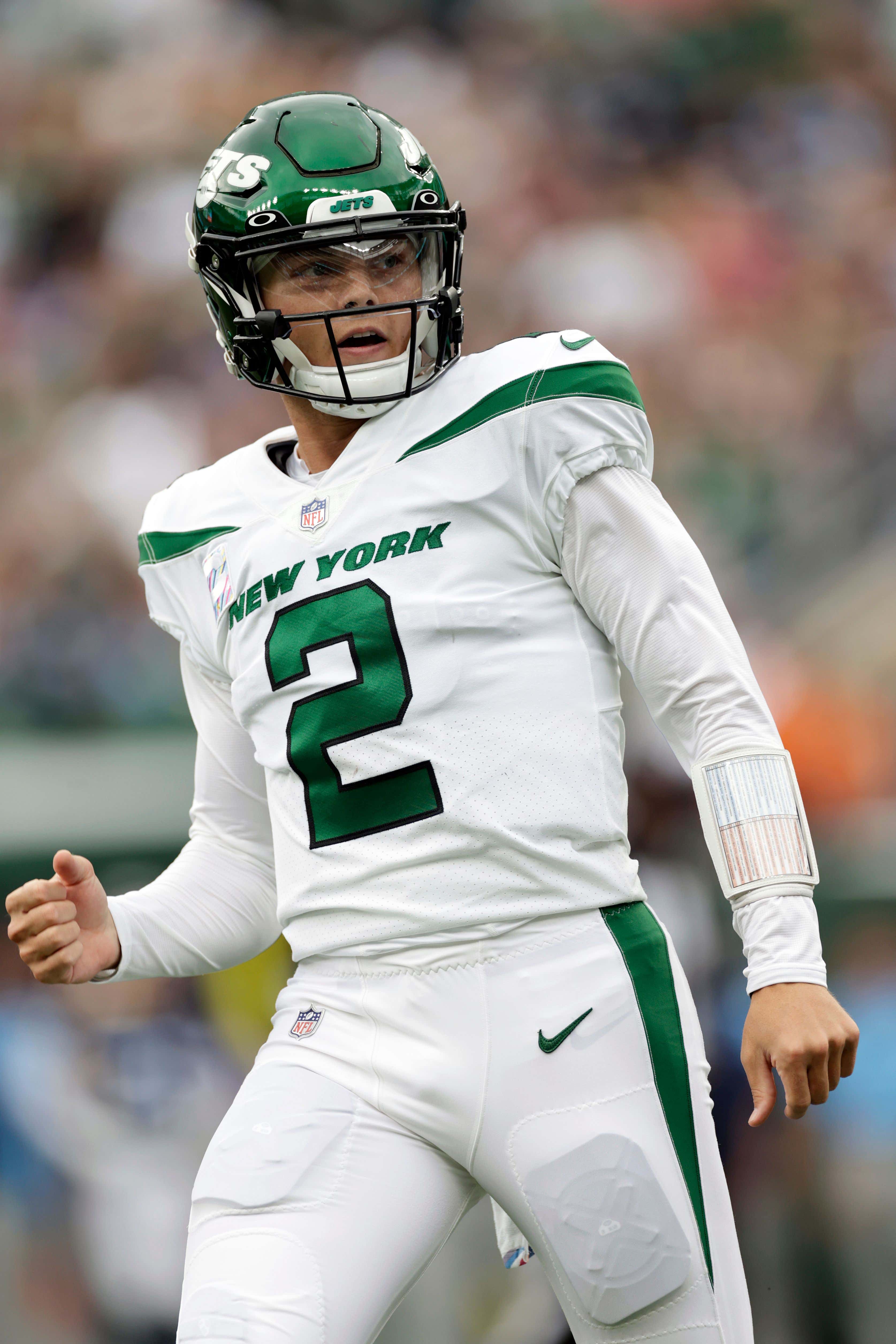 The Jets recorded their first win under Saleh and Wilson at the helm. Great team win, but there is a ton of room for growth and a couple of places that could have sealed the game much earlier.

The defense just went nuts today. I mean Derrick Henry was amazing today with 157 yards but was only held to 1 touchdown. That's pretty great considering the Titans had 40 minutes of possession and way more than the Jets. Also, the game would have never gone to overtime if it wasn't for a bad pass interference call so part of me wants to credit the Jets defense for only allowing 1 touchdown. The reality is the Jets only gave up 2 touchdowns which is amazing for being on the field for 40 minutes, and it was all thanks to huge pressure by the defensive line.

Tannehill was panicked all day, they couldn't throw the ball and it put tons of pressure on Derrick Henry.

I believe this Jets defense can compete with almost any offense in the NFL. I think they could hypothetically hold the Buccaneers or Chiefs under 30 points. I do not think they win the game but it all depends on how long the offensive time of possession is.

There are just so many guys on the team who can make big stops and even stop a guy like Derrick Henry in his tracks. Quincy Williams, Quinnen Williams, C.J Mosley, Bryce Hall all are guys that embody the Gang Green defense. Yes, a lot of the receivers for the Titans were out this game, but the Jets have the least amount of passing touchdowns by opponents in the whole league. That coupled with them being able to stop Henry? Imagine what their stats would be if the offense could stay on the field for longer.

This game was awesome because it proved that Saleh's defense is going to win tons of games as long as the offense can put together a decent amount of drives. The offense scoring 3 touchdowns today was all they needed for the defense to get the job done. The thing about the offense is that it relies entirely on one 22 year old who has been struggling lately. But he has been improving every week and throwing half as many touchdowns as the week before with only 1 today.

It looks pretty brutal from this angle, but I do believe it will be easier to see what happened when we look at the all-22 tape.

Now let me introduce you to the Zach Wilson I have been waiting for all of you to see week 1.

The Zach Wilson who can move off-platform and throw BOMBS.

Bomb after Bomb after Bomb. I knew he was going to be a good pick for the Jets because pro-style sophisticated offenses take years to develop, while having a guy who can escape pressure and throw bombs to receivers doing scramble drills are instant offense.

The only successful rookies are guys who don't have to use their brains and try to be Tom Brady, those guys ultimately make mistakes and never master the learning curve to produce for the team. Rookies who can make plays outside of the scheme like Mahomes, Jackson, and even Herbert are the guys who have early success. --Guys who can escape pressure and throw bombs are the secret to turning teams around.

Zach's first TD pass of the day. This touchdown was thrown way too late. It still was a touchdown but those are the little things that Zach is going to improve on and help the Jets win bigger games against better teams.

I mean throwing these types of bombs and making huge plays are uncoachable. All the stuff Zach needs to work on is coachable. Stuff like throwing the ball away on third down on the goal line instead of taking a sack, or not forcing the ball early.

There were many times that Zach Wilson could have put the game away himself but he made mistakes. This was one of those occasions where he really should have thrown the ball away.

A win is a win, Zach Wilson showed up and played the game all Jets fans hoped he would. Zach Wilson put the NFL on notice of his capabilities, now he just needs to get rid of all the rookie mistakes and sharpen up.

The Jets will be 2nd place if the Patriots lose to the Buccaneers so who knows, playoffs are still possible. The same jump we saw Zach Wilson and the offense make from last week to this week could happen again. With the receiving core getting a lot of hurt guys off of IR and Mims not even really back into the rotation yet, there is a lot more upside to this team.