If you know me, you know I love a good meaningless Cleveland Browns statistic. Typically it's about some sort of made-up streak that nobody cares about or some sort of futility stat that blows 15 people away on Twitter.

The nice thing, though, is that the stats are becoming more and more positive as the franchise continues to turn the corner. Over the last few years, the stats would have to do with the Browns being complete and utter dogshit. I'd say things such as, "the Browns are trying to win literally a fucking game for the first time in two years." But now, the stats are more based on winning records, success, and things that Browns fans generally aren't used to seeing happen.

Back-to-back 3-1 seasons are nothing insane, but what it does imply is possible sustained success. This is a great game on paper, and while the Vikings are 1-2, they've played far better than their record. They lost in overtime Week 1, and missed a game-winning field goal in Week 2, before their first win of the season last week. The Browns season isn't over if they lose, but a win would really give me some confidence.

The trend for this new Cleveland team is playing to the level of their competition, you saw it with the Chiefs and with the Texans, but it was nice to see them actually blow a team out last week.

Fun one today. In a dome. Defense playing better. Offense needs to click more. Should be a solid test.

The Browns 2013 was bizarro shit. They started 0-2, then got to 3-2 in a night game in which Brian Hoyer tore his knee up and was done for the season. But the first win of the year was against the Vikings (the last time they were in Minnesota, too) and it was a coming-out party for Josh Gordon (returning from suspension, something he is doing in the next week eight years later) and tight end Jordan Camera…

Over 200 yards combined receiving with four total touchdowns. That 2013 team was fucking weird as hell, and injuries disrupted what could've been a decent team. Still, they ended up being dogshit.

I overthought the game last week. The Bears fucking sucked, and the Browns did let the game stay close, but that should've been a no-brainer afternoon.

Today's game is essentially a pick-em, so I'll just ride with the Browns, but the best play today is the over. I have been money on Browns totals the last two years. Both offenses have firepower, and both defenses have a couple of weaknesses that each side can easily expose.

Chatter around injuries can be so funny sometimes in the NFL.

The Browns are pretty banged up right now in some key spots, but part of me is rationalizing with the fact that "hey, at least it is early in the season!" A totally meaningless take and stance to have, but I guess if they're going to get the injury bug at some point, at least have it happen before the heart of the season arrives.

For this week, the biggest addition to the report is the loss of rookie Greg Newsome II. He has been a fucking stud in his first few games, and now third-year player Greedy Williams has a tall task against a Vikings receiving corp that can easily claim to be one of the league's best.

Jedrick Wills is also worth keeping an eye on. Chris Hubbard being out really puts stress on his need to play, but if you've watched the last two Browns games, you know he has been incredibly hobbled.

As for the Vikings…

Some big names there, but it does seem as though they're going to play.

The Browns' offense had a pretty bizarre game against the Bears last Sunday. 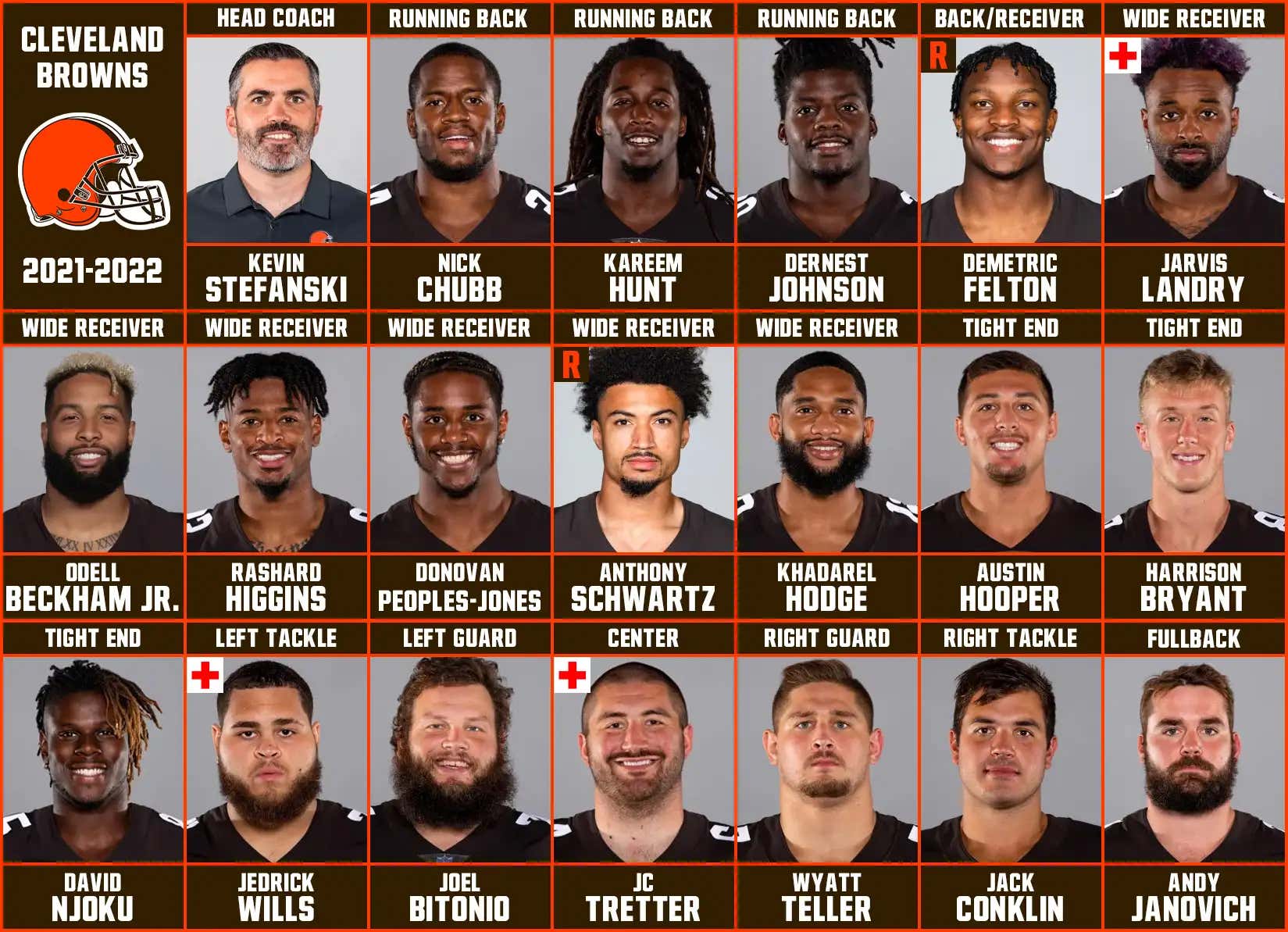 The combination of an injured offensive line and great Bears front seven really caused some havoc for Baker Mayfield. He was taken down five times but stuck with it despite a slow start and a clearly injured shoulder from the week before. That was the type of game that Baker would've folded up in under Hue Jackson and Freddie Kitchens, but he was fucking solid as hell, and really only missed one easy throw following the first quarter.

But the real encouraging sign was that Baker and Odell Beckham Jr. had some nice chemistry, and it wasn't happening with them force-feeding the receiver, either.

The funny thing about OBJ and Baker is that we really don't know what the offense can be like when they're both on the same page. Shit, even with a good game today and next week we still won't, since this offense does take an impact with the three-week absence of Jarvis Landry. But what we saw was pretty fucking positive.

In terms of the run game, Myles Garrett may have stole the show last week, but Kareem Hunt showed off why he is so valuable to Kevin Stefanski and the Browns. He had a monster game on the ground and in the passing game as the Bears keyed in heavy on Nick Chubb. They knew it too!

This duo is so fucking good.

The craziest thing about the Browns and their first three games is that they really only have had one solid offense output… and it was the game in which they lost. It's not secret the Vikings have a few playmakers on defense, but that unit is not nearly as good as the Bears' defense. We need to see the Browns offense from Week 1 this week, and I think Baker is ready to click again.

Only one thing to say… 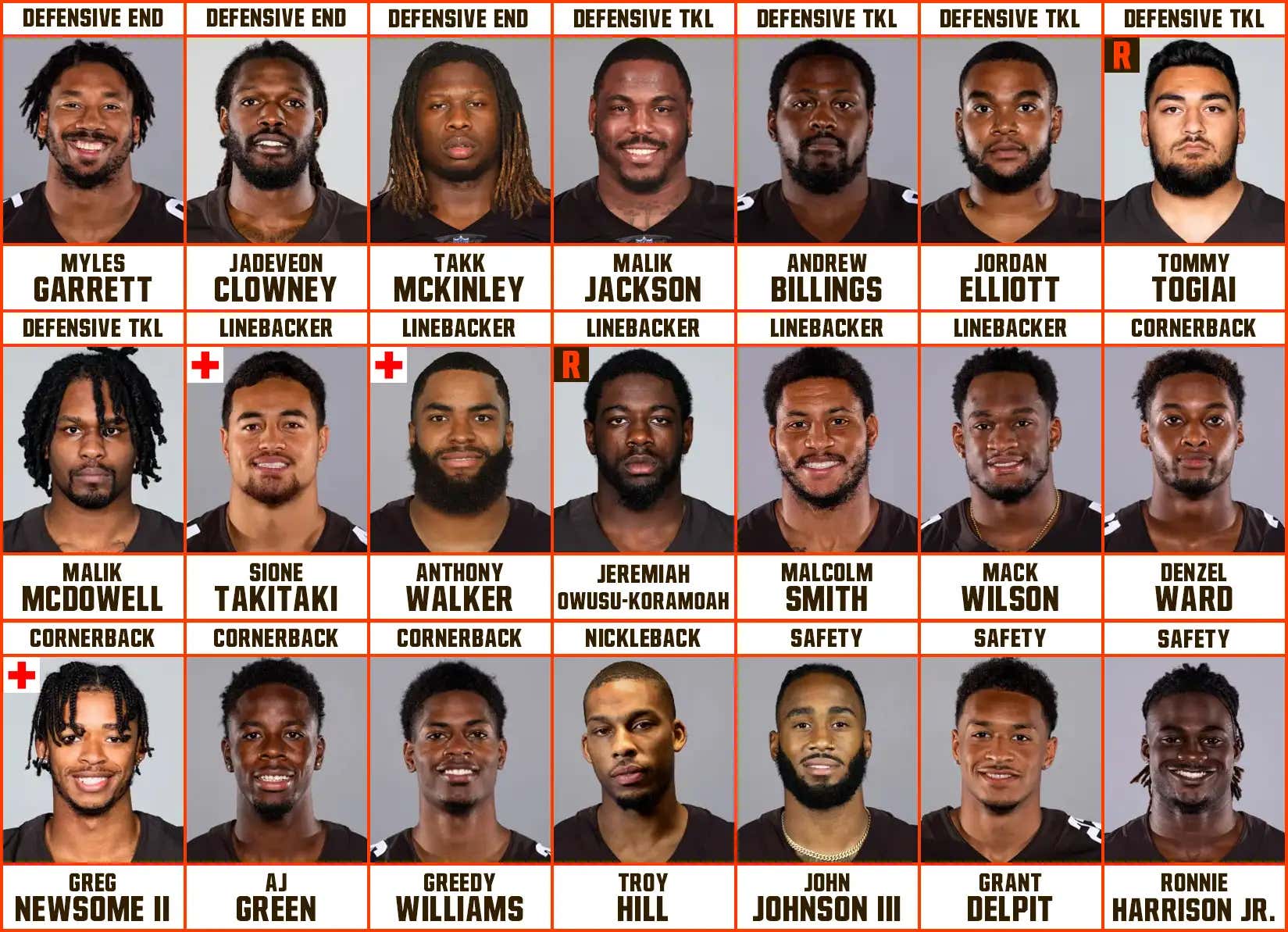 Look, the Bears were fucking pathetic. But Myles Garrett put on a show for the ages. Even on plays where he didn't grab a sack, he was pulling out literal magic…

He called out teammates last week, albeit in the way a great leader would, and the team stepped the fuck up. For a franchise long riddled with failures and busts, Garrett being the real deal will never get old.

I do have to talk about one other player: JOK.

The rookie linebacker was called the steal of the draft in April, and he is already proving that opinion to be correct. He was a Top 10 talent taken in the second round, and I can't wait to see what else he has to offer.

Will Greedy Williams hold up against the Vikings' solid wide receivers?

Today will be Greedy Williams' biggest test as an NFL player. He was out all of last year with an injury, following a decent rookie season. But he has some issues that could be easily exposed today by the Vikings.

As a rookie, offenses found a way to target Williams quite often. While Troy Hill and Ward, along with the Browns quality safeties, can help, in zone coverage the Vikings will be able to isolate Adam Thielen or Justin Jefferson in Williams’ area quite often.

In 2019, teams targeted Williams 52 times in coverage despite him only playing in 12 games. In the second half of the season, Williams was targeted on six or more passes five of the last eight games as their film study of him grew.

In 2021, Williams has only played in 14 coverage snaps so far. He was graded very poorly (31.5) in seven snaps in Week 1 but graded very well in Week 3’s seven snaps. Week 4’s opponent is closer to the Kansas City Chiefs passing game than they are the Chicago Bears. (via Browns Wire)

With Greg Newsome II out today, all eyes are on Greedy Williams. Despite his usual shit storm of hate, Kirk Cousins has been really solid, and this Vikings offense can be dynamic, especially with their own two-headed monster at running back.

This, as I've said all blog, is going to be a great game. I think the Browns are better. This win would be awesome.