Honestly, I never thought of Urban as a cheater, but I do wonder if getting lap dances from other women was in the Family Contract he wrote up.

So from what I've gathered, Urban stuck around in Ohio after his game in Cincinnati on Thursday since the Jaguars have 10 days off, and he went out on the town last night. That much is confirmed.

Oh he had a night out alright, Shelley.

What I am not willing to go on record yet about, but am still gathering the facts about is this: Do we think his hand is doing work or is it just on his lap? 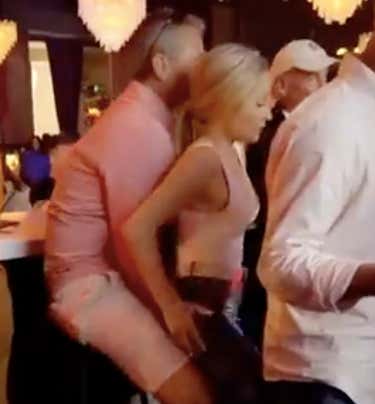