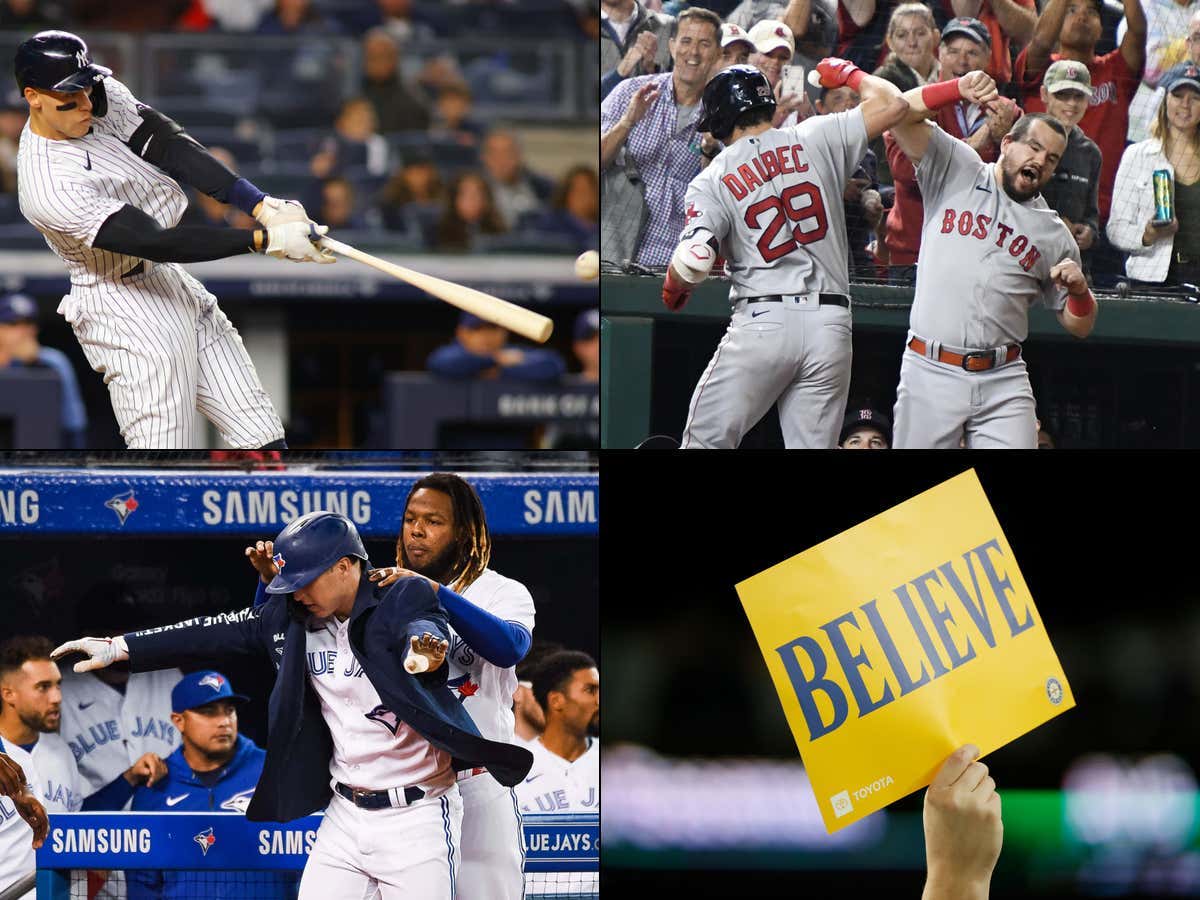 The Yankees came up short to the Rays last night despite a 9th inning rally that left them with the tying run on 2nd and winning run on 1st with just one out. The Sox took care of business against the Nats, the Jays beat the O's, and the Mariners lost to the Angels behind a rare sold out crowd in Seattle.

Real quick about the Yankees loss. In a one run game where every win is crucial this late, going to Domingo German for a second inning to try and steal outs was asinine by Boone. It was a one run game and we're out here just trying to see how guys look and saving arms. Then that buffoon brings in Albert Abreu with two men on and 1 out with Arozarena and Franco coming up. I love Abreu and he's gotten big outs this year, but he hasn't pitched in the big leagues since September 18th. That's not the guy you bring in to get those outs. Not in October. In June sure, not in October. Fucking Boone. No logic behind those moves. Either Chapman should have started the inning or Green should have come in instead of Abreu. Also Gary Sanchez had quite literally the least competitive at bat I've ever seen in that 9th inning.

Okay back to the chaos…

With the Mariners loss on Friday that guarantees that the Yankees' season cannot end on Sunday no matter what happens. Even if they lose on Saturday and Sunday (god help me) they would still be in line for a tiebreaker/Game 163 on Monday. Like I said, god help me.

The Yankees, one of baseball's worst day game teams, face the Rays today at 1:00. Jordan Montgomery takes the ball against Shane Baz. This will be the Yankees first look at Baz who was just recently called up. He was the third piece in the famous Austin Meadows, Glasnow trade for Chris Archer. He's a monster and will give this lineup issues. Combine the day game issues and the Yankees refusal to score runs behind Jordan Montgomery and yeah you could say I have a bad feeling. Hope I'm wrong.

The Sox to this moment still haven't named a starter for today's late afternoon game against the Nats who will be throwing Josiah Gray. I assume this is an all hands on deck game, maybe even Eovaldi available to close who knows. Sale is going tomorrow.

The Blue Jays are throwing Manoah against John Means today up in Toronto while the M's have Chris Flexen against the Halos. I wonder with the loss if Seattle fans still come out in droves like they did on Friday night.

The 4 way tie is still in play, the 3 way tie is certainly there. The Sox day to lose is today if it's going to happen considering the uncertainty with who is pitching for them. If they fall then all hell breaks loose and the door swings wide open for the Mariners and Blue Jays. Buckle up.