There's no reason to revisit the Browns atrocity this past weekend. It's on a pretty firm record that Nagy dialed up the worst offensive strategy in the history of football at any level. Even by Bears fans standards and experience, you imagine it's pretty hard to stand out as The Worst Offensive Mind Of All Time. But that's where we're at right now. So bad that Nagy was explicitly accused of being negligent or intentional in how shitty he was. So bad that you have to actually consider the possibility that he's doing it on purpose. To me that's rock bottom.

Then I woke up today and found out that Nagy isn't committing to a starter because he doesn't want to tip his hand. He lacks so much confidence as a home favorite against the league's traditionally most hopeless NFC franchise that we can't even commit to a style of play much less the guy responsible for executing it. Of all the puss bag moments that have been served up by coaches in my life, this sincerely stands alone. This guy moans out loud.

And then there's the play calling. Holy hell is that getting out of hand. Like any of us even remotely give a fuck about where the play calls come from. I wouldn't care if Virginia herself was signaling them in from the owner's box if it meant a better chance to win the game. All we want is to score more points than the other team. It's Matt Nagy's responsibility to make whatever decisions are necessary to achieve that goal. Call me crazy but I feel like play calling doesn't need to be some mysterious part of that process. The best man for the job should do it and nobody else. Can Matt Nagy honestly look himself in the eyes and believe he's that guy?

I sure hope not. That would be alarming on so many fronts from the pathological to the brain power and everything in between. You really have to live through it to believe it.

There's a lot of Bears fans in this city that want to see the Lions roll through on Sunday just for the chance that Nagy gets canned midseason. That would be so atypical for the McCaskeys but it's also atypical to be such an atrocious leader. Immovable force vs. unstoppable object like the experts talk about. What a show down. 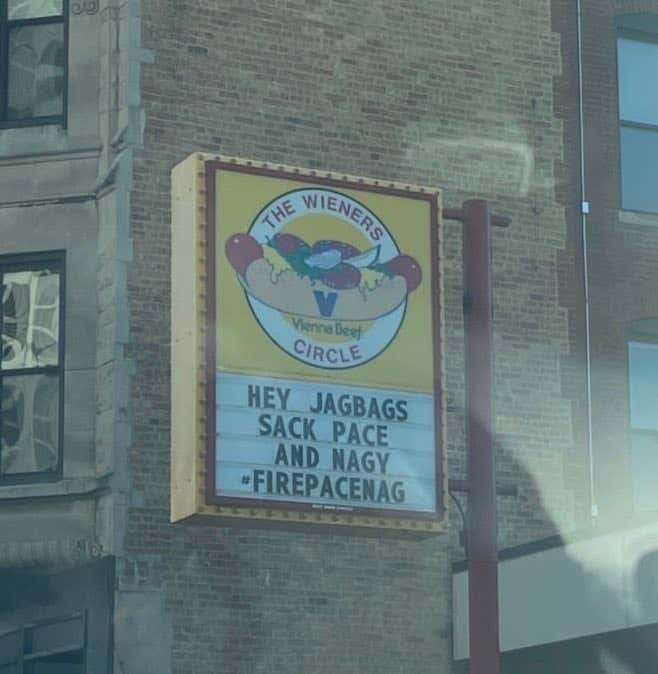 At least we're united on something around here. That's a nice change of pace.

Now please. God help us all.