I love everything there is about Jersey Jerry and I think he's been a beautiful breath of fresh air here since he started at Barstool. Today on the Yak he outdid himself by showing how much money he regularly carries around in his wallet. 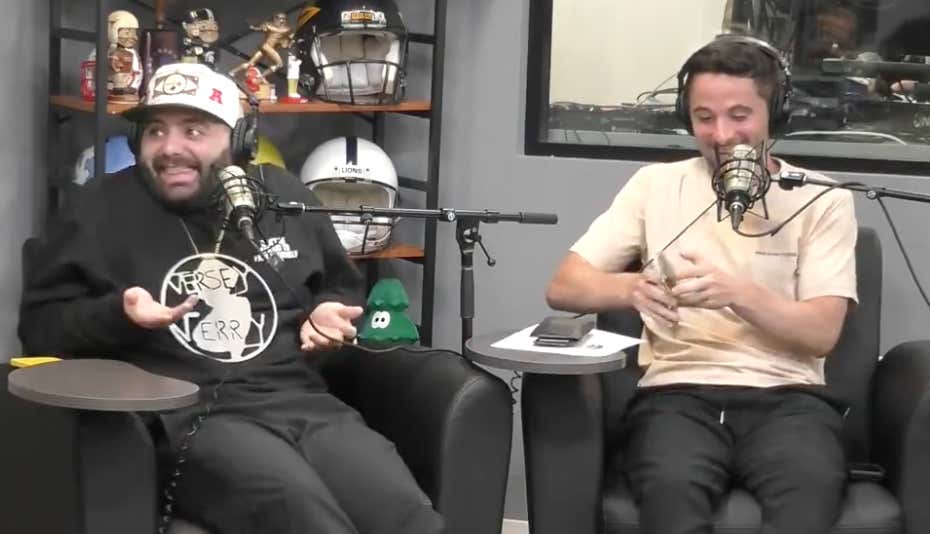 If I ever have that much cash on me (which never happens because I'm poor) I'm checking the total every 5 minutes to make sure I didn't lose any.  My brain is prioritizing that number in the ol' memory bank over my SSN until I get rid of it. Honestly might have a hand in my pocket at all times to make sure my wallet goes nowhere.

I don't know about you but if I'm lucky I have $40 on me at any given moment, and to be honest rarely is there ever an instance where I need to use that 40. The only possible explanation for having $2700 in cash is if I just got fire hot at the casino or the ATM fucked up and spit out the wrong number in some sort of miracle. Maybe I accidentally walked into one of those money showers that you'd do as a kid but instead of dollar bills they're hundreds.

Jersey Jerry strikes me as a guy who has every dollar he owns under his mattress. Zero trust in the bank system. Jersey Jerry has no time for those crooks and their tomfoolery. Let someone else handle your money and that's where things go down hill. What a gem. I'm simply amazed at that clip. I'm impressed honestly. What a king.

If you haven't watched his contract negotiations with Dave yet please do so right now. I've got it timestamped so it jumps right to the moment. Must watch.