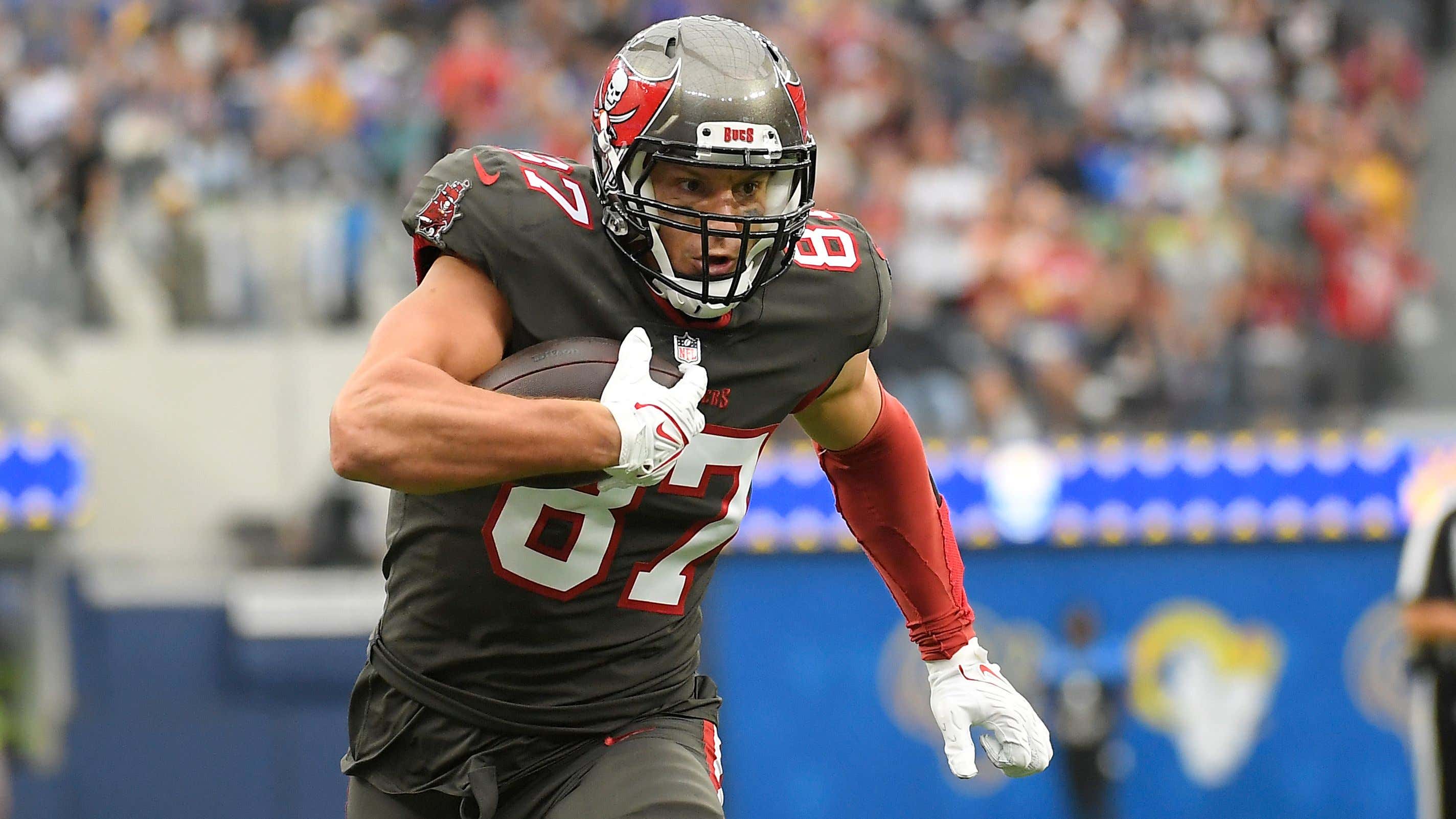 If you've been a sentient being over the last past year and a half in general and this week in particular, you know that the feelings of New England toward Tom Brady are, like the relationship between President Bartlet and his father, complicated.

With Rob Gronkowski, it's even more so. By an order of magnitude.

What Brady is going to experience Sunday Night is anyone's guess. But since my name is staring out at me from the top of this post and I started it, why don't I make the guess? He's going to get the noisiest reception possible. As much sound as can come out of 70,000 human beings placed in that environment. Think Metallica playing on the tarmac of an airport while 777s take off. And with my sainted mom there with her TV volume all the way up watching "Ellen."

But with Brady, the cheers will almost completely positive. There will be boos, I can guarantee that. But the cheers will drown them out. I truly believe the vast majority of Pats fans are still torn. And if the Pats were to pull this game out, it'll be as big a celebration as any AFC championship game ever played in Foxboro. Bigger, even. But when Brady comes out from under the bridge, what will override every emotion will be the impulse to thank him for the six banners hanging about the south end zone. I suspect that most of the crowd will just be making, not necessarily cheers or boos, but just … noise. Letting all the pent up feelings - the celebration of all he accomplished, the anger of him leaving, the gratitude that the moment has finally arrived - out at last. It'll be cathartic. Like Primal Scream therapy.

I'm convinced Gronk will be a different story entirely. I have no data to back this up. There's no science behind this. I'm simply going by my gut. A feeling I've got based on a lifetime of thinking as a Patriots fan, like Patriots fans, and, at times, for them.

And I think it's going to be ugly for Gronk. At least at first.

Granted, there will be hundreds if not thousands of No. 87 jerseys in the stands. They were common sights at training camp and the three games (one preseason and two regular season) games at Gillette. But that doesn't mean there's not more lingering resentment about the way Gronk left than there is toward Brady's departure.

When Gronk "retired," there was shock and disappointment, to be sure. But with that came an understanding that his body was broken down by several surgeries and a league that enforced different rules on him than they did literally every other player. You could do things to him that would be flags, ejections and suspensions if you did it to anyone else. Despite a championship in his last year and some huge catches in the postseason, he seemed like a shadow of himself. And to have him retire intact and healthy, felt like a mercy. So everyone understood.

Then along the way toward retirement there were missteps on Gronk's part. He'd tease a major announcement, only to have it turn out to be a plug for some business venture. The most egregious being some motocross thing he was promoting, where he wore a Daft Punk helmet and said he was joining the motorsports circuit, punctuated with a lot of "Vroom vrooms." It was tone deaf and turned off a lot of the public toward him. Then by the time he did "retire," it was late in the offseason. Too late to find a replacement. So we ended up with Ben Watson reporting to camp with an AARP card in his wallet and the whole tight end position was a disaster.

I'll interject here that Rob Gronkowski is a grownass man and a free American who can make whatever decision about his health and career on whatever timetable suits him. But we are the American public. Which means we are selfish and self-interested and will judge people's decisions based on how they impact us. And his not only did us no favors, they seemed cynical and intentionally designed to stick it all the way up the ass of his former team. Whether that's true or not is irrelevant. That's how it came across. Whether it was justified because he didn't like the way he was treated by Bill Belichick, ownership or the medical staff, is secondary. In the court of public opinion, he was charged with conspiracy to commit a crime. The crime being a tight end depth chart with 36 total receptions for 418 yards and two touchdowns. And he was found guilty.

All of which would've blown over in short order if he'd just gone into the cannabis business like he said, did his usual assortment of product endorsements, and lived a quiet life of playing the Gronk character he created. But when he came out of retirement, he lost an ocean of goodwill. Then when he started showing flashes of playing like peak 2011-17 Gronk, the negative opinion of him grew exponentially.

Again, he doesn't owe it to the New England public to play football. But they don't owe it to him to keep being fans of his when he's catching touchdowns in Tampa when he could've been doing catching them here instead.

To be clear, I'm not talking for myself here. Those I also had no use for that goofy motocross stunt thing. But full disclosure, I'm biased when it comes to Gronk. He's been great to Barstool from his early days in New England. After he and I judged this figure skating competition:

… he couldn't have been more accommodating to the kids at the rink. Months afterwards, he spotted me at a Super Bowl media availability and called me up to big-time the wretched camera-and-microphone horde. And I covered a charity baseball game with his brother Gordie for my old radio station and he couldn't have a better guy. So I won't pretend to be impartial.

What I'm expect from everyone who is super duper partial, is a Phil Spector-like Wall of Sound that is about a 75/25 split of boos to cheers. I just think the fanbase will finally get their chance to let it be known they didn't much care for the way he ended it.

They're generally speaking mad. And will stay mad. For as long as you can stay mad at Rob Gronkowski. Which is not long. Ultimately, the public will come around on him. Maybe it won't happen by the end of the game Sunday night, but it won't take long. Staying mad at Gronk is like trying to stay mad at your Golden Retriever after he ate your shoe. There's too many good times and too much love and affection for you to keep it up the next time he's looking at you with those eyes and wanting to play. How do you stay mad at this? 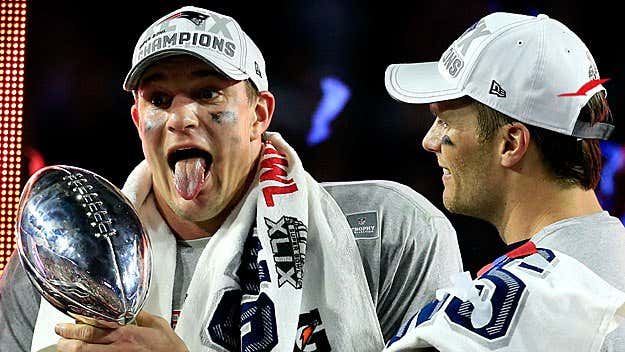 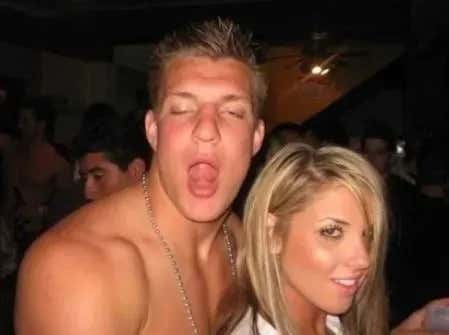 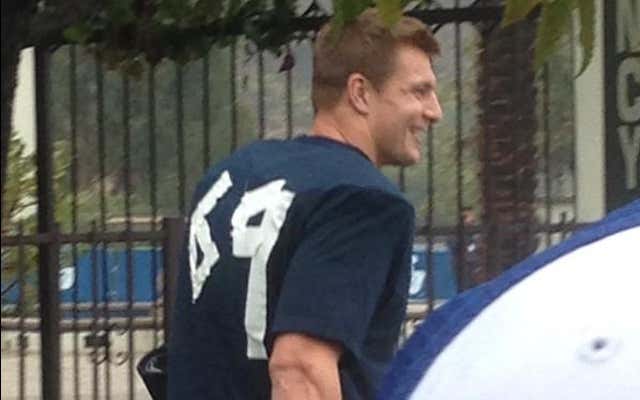 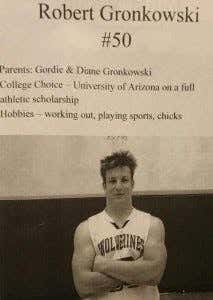 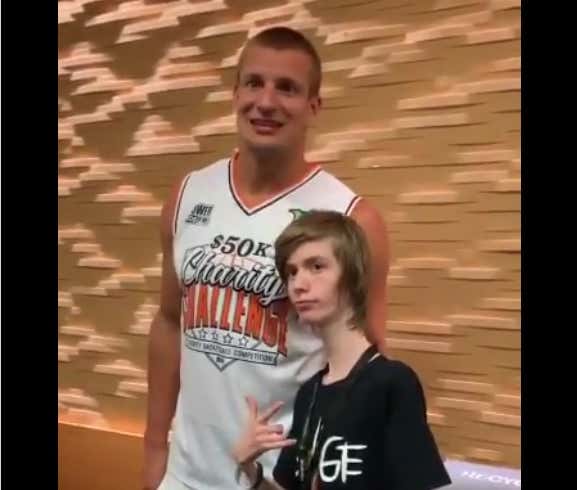 But for now, yes. People will be mad. And they will let Gronkowski hear it.