In 2014, Ole Miss upset Alabama in a thriller in Oxford when Senquez Golson made this spectacular interception and got one foot inbounds.

To this day I have NEVER seen a party in the Sip quite like this one. It passed up 2003 LSU as the wildest Oxford weekend I have been apart of.

It was not a coincidence that I hung up my poker cleats in 2014 to go back to finish my finance degree at Ole Miss. The Rebels were looking really good at that time and I wanted to be back to enjoy the run.

Little did I know I would be back for not one but two victories over Nick Saban and Alabama.

In 2015, my friend Laura Beth Cox and her Dad invited me to go to Tuscaloosa. 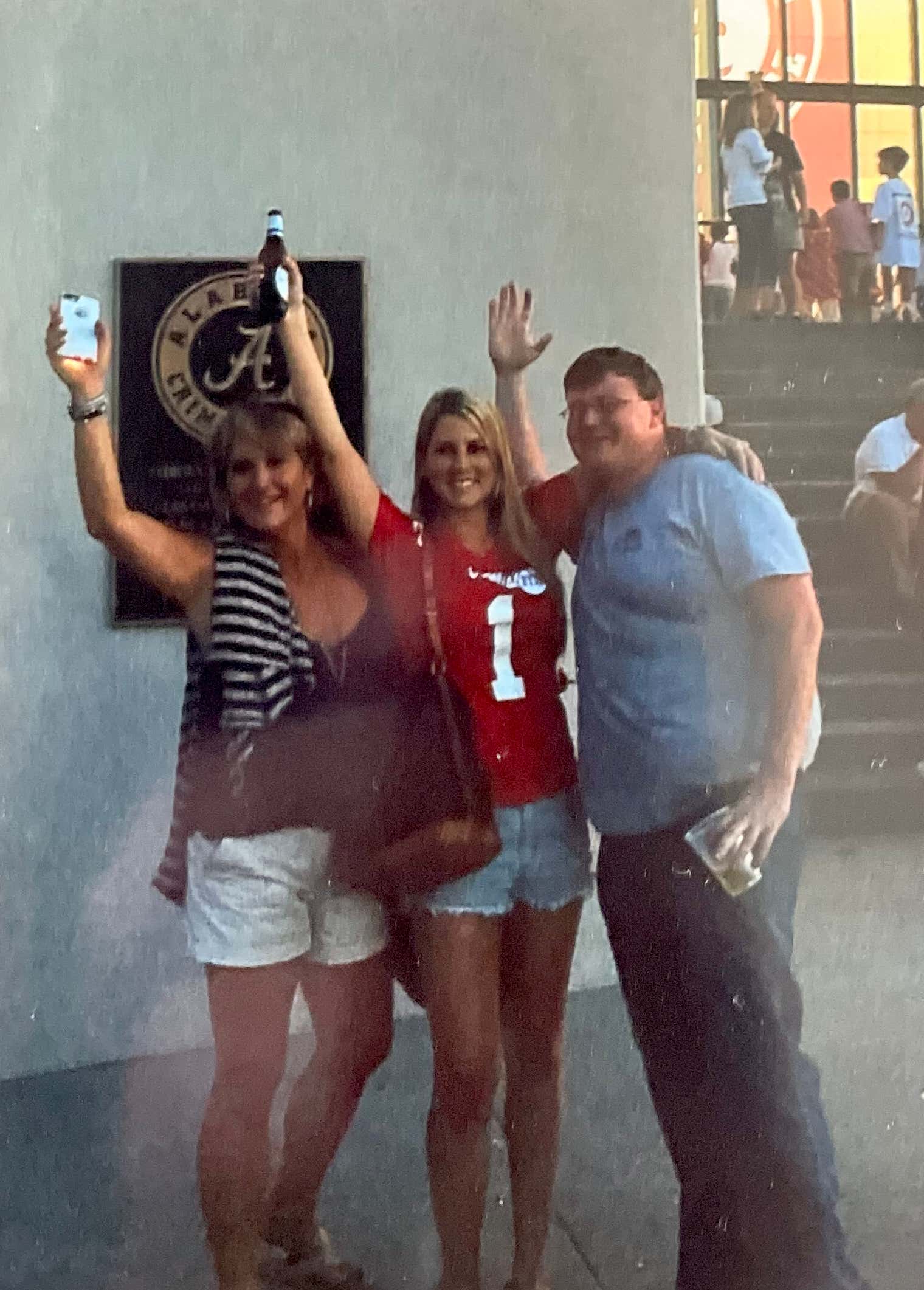 That night in Bryant Denny Stadium was insane! Ole Miss scored one of the luckiest Touchdowns in history when Chad Kelly threw it up and somehow miraculously Quincy Adeboyejo caught this ball then ran free to the end zone.

Ole Miss had two big leads in this game but Alabama fought back both times. One of my favorite Ole Miss memories happened right after midnight.

When Alabama came back a second time, our fans were getting a little quiet and worn out after 4 hours of football. This was long before the no alcohol version of me and I was lit up.

I went sprinting through the aisles going absolutely crazy firing up our fans back up. I yelled “We have not won here since 1988! There’s no chance in hell we are going soft now!”

It is a damn shame no one caught this on camera. Ole Miss ended up winning 43-37 in my favorite Rebel road victory.

Fast forward six years and Ole Miss is heading into Tuscaloosa with another high powered offense. Lane Kiffin and Matt Corral are at the helm instead of Hugh Freeze and Chad Kelly.

The Rebels have scored 40+ points in 3 of the last 6 meetings against Alabama including 48 last year with over 600 yards. Has this defense improved enough and the Alabama offense regressed? Only time will tell.

Alabama is a 14.5 point favorite in the Barstool Sportsbook with Ole Miss +400 on the money line.

I believe the Rebels can pull it off again tomorrow. If I can get somehow get hired by Dave Portnoy, anything is possible.