10 years. One decade. A full fucking decennium. Anytime you're a franchise being compared long term on a list with the New York Jets, you're not doing things right. We're not even talking about 10 years out of the dance, but 10 years of NOT A SINGLE WINNING BASEBALL SEASON. That's incredible. Especially after the '07-'11 run. And now the Phillies are a Seattle Mariners WC birth away from having the longest playoff drought in the Majors. But, hey, at least they don't have the 5th highest payroll in baseball or anything. 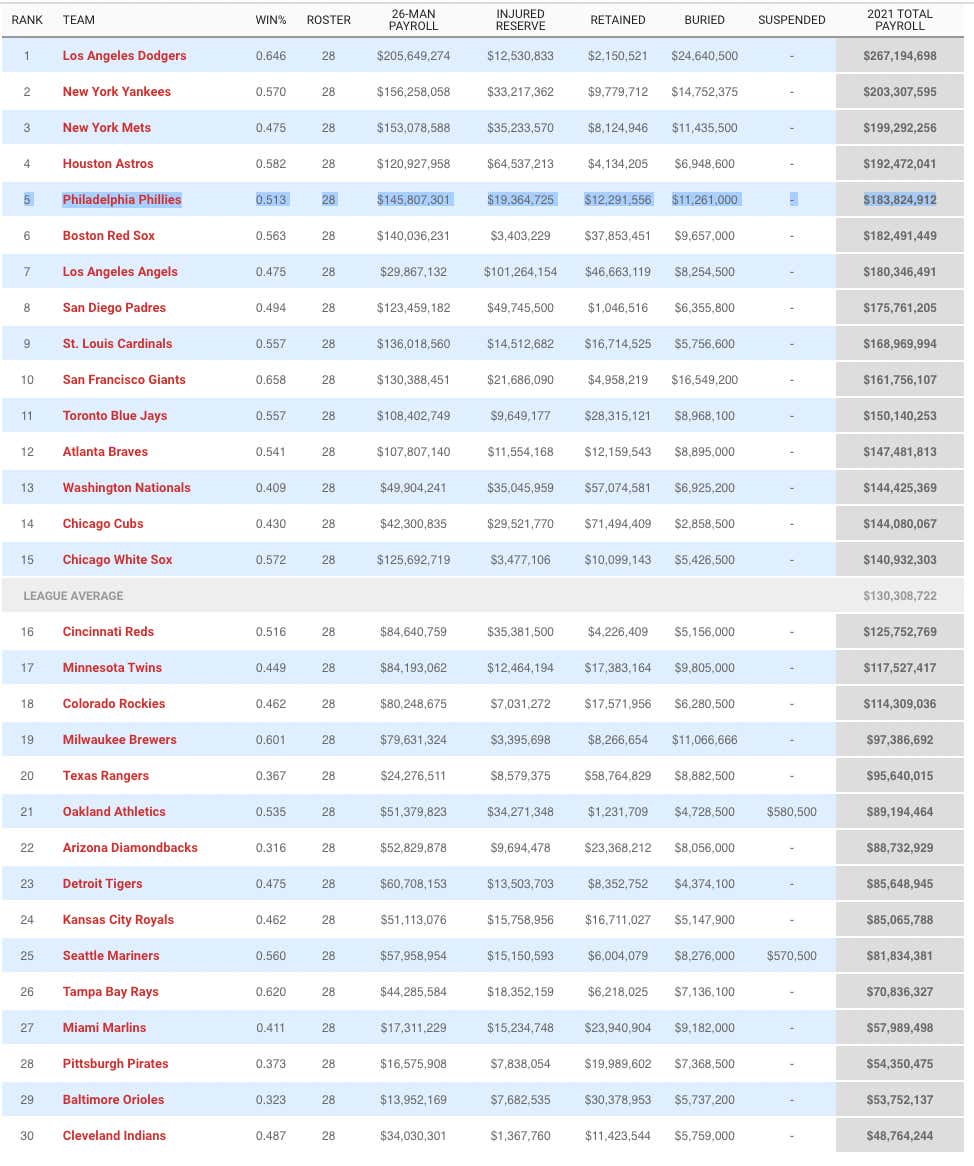 Sure, it could be worse on paper (#LOLMets), but it ain't good at all. The fact this team has a payroll only $10 mill less than the Astros and $20 less than the Yankees when both teams are riddled with superstars is astonishing. I love Cutch and Didi, but good GOD imagine if they played anywhere near to the value of which they're being paid. The saddest part from all of this? There's no real easy fix to turn things around quickly. Especially when there's really no help from within.

OK - Roman Quinn wasn't really expected to be an all-star and he suffered the rough injury early in the season. Adam Heasley is a first round pick and for a bit had a lockdown starting spot in CF and then got banged up/had some personal issues. Jury is still out on Moniak imo as he was for sure NOT ready to be put in the positions he was put in this season. Is he ever going to amount to the expectations of being a #1 overall pick in the draft? Probably not (even though it was one of the weakest draft years in recent history). But he can still be an above average starter.

However, Bohm and Kingrey being busts HURT. A lot. And it's not just that they ended up shitting themselves, it's how. After a year where Bohm got ROTY votes, there were those giving Austin Riley of all people crap earlier in the year cause Alec appeared to be the better prospect at 3rd base. That worked out swell. Now it's up in the air if Bohm can even be what he needs to be at the plate while playing power positions he can't even field. Not good. As for Kingrey, I'm convinced he is a product/victim of this Phillies dickless developmental department. They paid a talented, young Scottie in the minors and he even enjoyed some success in The Show being his athletic, utility specimen who hit line drives all over the diamond. So naturally, what did the Phillies do? They tried to "Launch Angle" the fuck out of his swing. Because apparently a natural line drive hitter who could hit 20+ bombs a year ain't nothing compared to someone who could strike out consistently but hit 25+ dingers a season. I'm convinced Kingrey trusted the powers that be and it royally fucked him up at the plate to the point where he just couldn't hit anything.

Hopefully the new Dombrowski hires of little Mattingly and Co. can turn this shitty drafting/player development and thus the farm system around, but it's not going to be an overnight job. This stuff takes time and, unfortunately, it looks like it's going to take awhile. I guess it's nice to know Bryce Harper is locked up for the next 100 years for when the Phillies can finally be a contender. That's neat.

Oh well. Let's go Eagles? Sixers? Flyers? A quick and easy death? At least we have some memories of mediocrity. Flashback to opening weekend when the Phillies swept the Braves. Those were some dandy times.