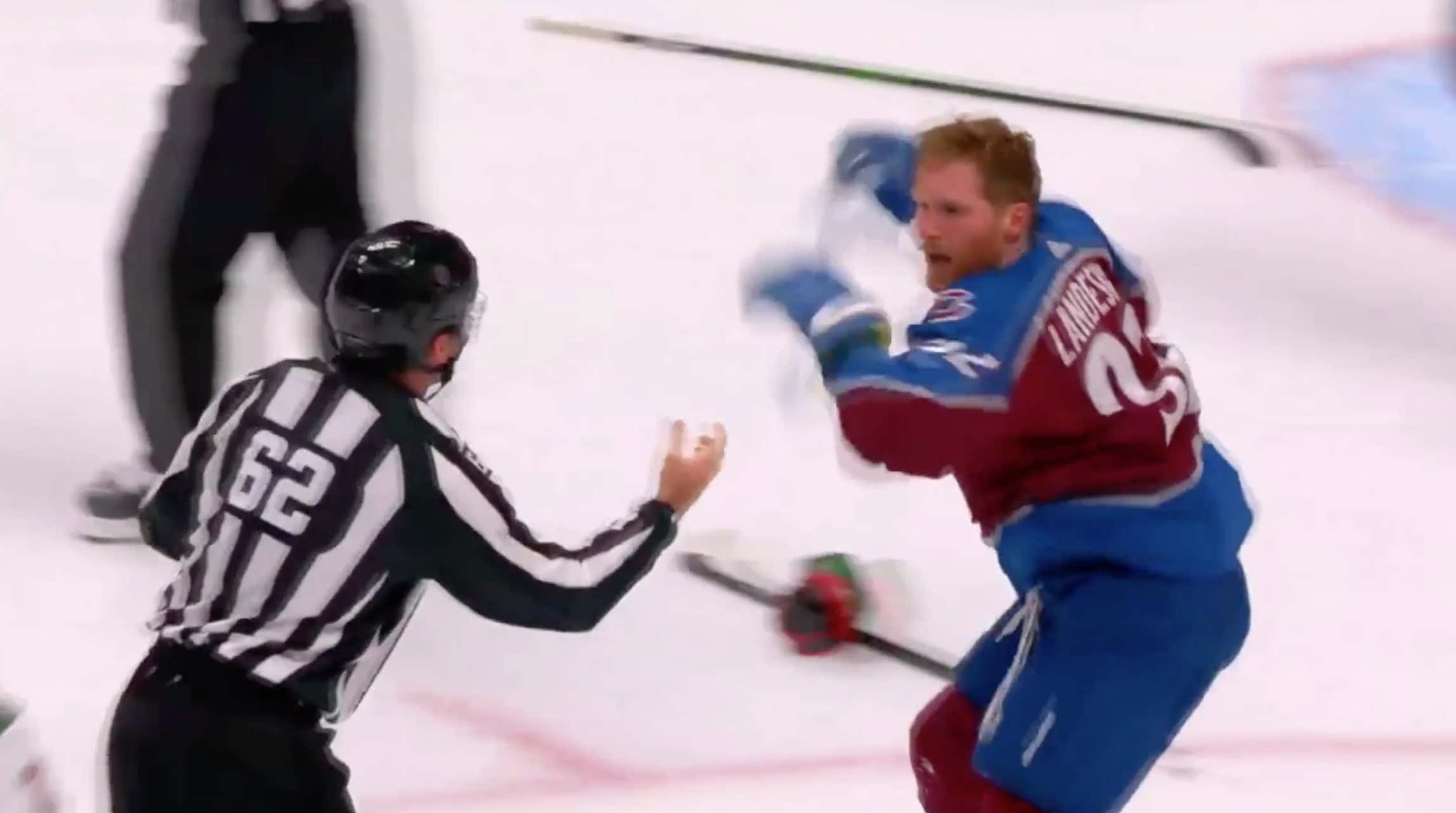 Picture this. It's still September. Your favorite ice hockey team is playing in what is basically an exhibition game just to evaluate some talent for the final roster. You're essentially playing the "Whose Line Is It Anyway" version of hockey where everything is made up and the points don't matter.

And right in the middle of it all, your captain hits the eject button on his gloves and is begging the stripes to let him throw some bombs at Ryan Hartman's skull.

I mean I guess if we're giving credit where credit's due, the linesmen did a pretty solid job here. I can't imagine Joe Sakic would be super pumped if his captain shattered his hand on Ryan Hartman's face before the regular season even started. So they saved him from a peepee whack on that one.

But this is old time hockey, baby. You play greasy out there, you pay the price. And what makes this even better is that Landeskog literally just got paid. My guy signed an 8-year, $7M AAV deal in July. He's got his money, he has the 'C' on his sweater, he doesn't need to be doing any of this. Plus he's a total man rocket so you'd figure he wouldn't want to mess up his perfect face. But he loves the boys and he'll go to war for them. An all-time big team guy.