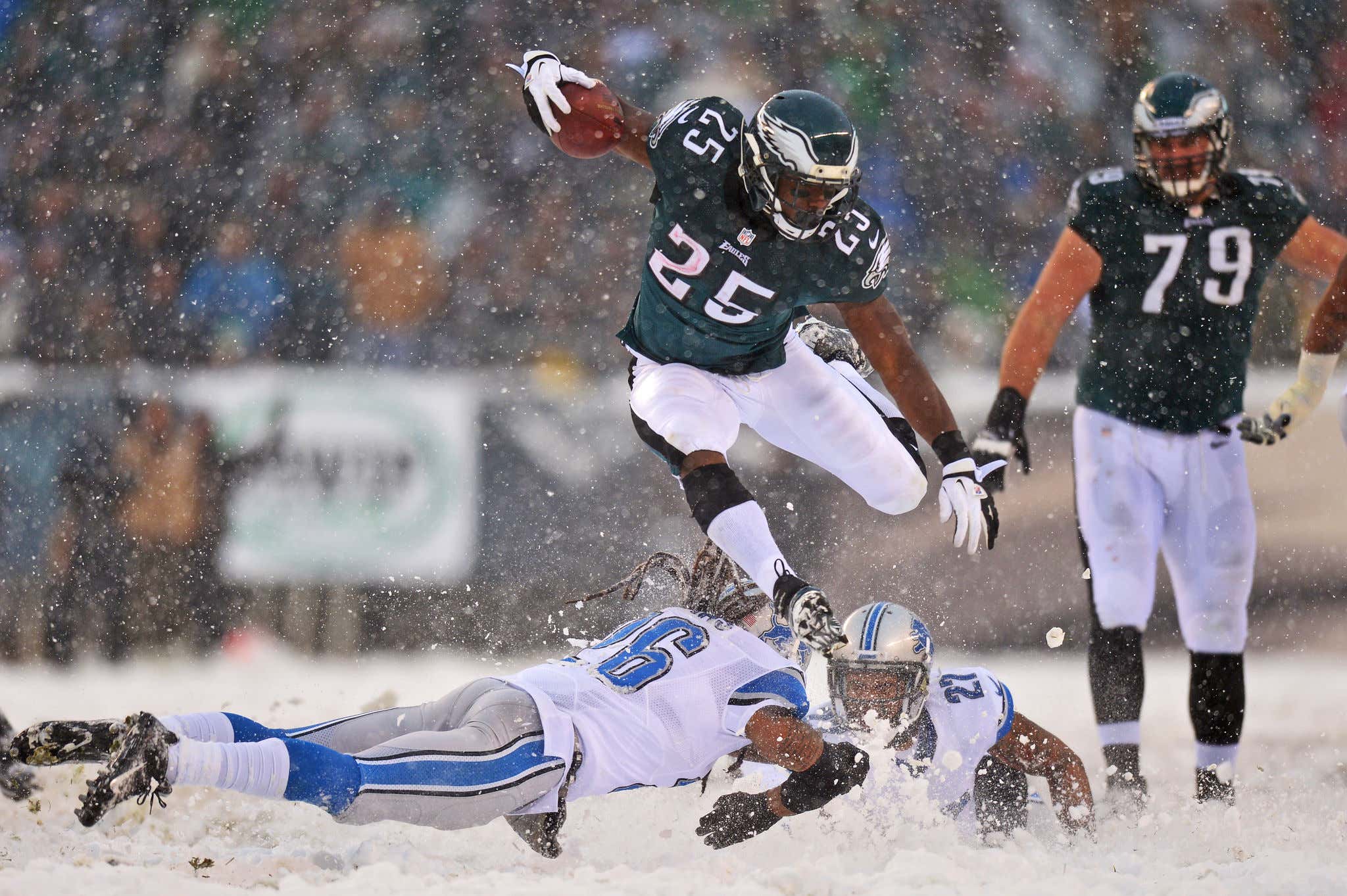 I know Eagles fans have the Super Bowl team to always look back on. I know there were the years of McNabb and Westbrook and the 4 straight conference championships. But when I think about the most exciting Eagles teams, I think about LeSean McCoy and DeSean Jackson. Didn't matter that ultimately they didn't really accomplish much here in Philly. They were just awesome to watch because you knew any time the ball was snapped that there was a chance you were going to see a preposterous play made out there. Maybe it's just the fact that we haven't been able to watch anything remotely close to that over the past couple of seasons but I miss the shit out of that team.

Now obviously the NFL is a business. And from a business perspective, trading LeSean McCoy was a decision that you'd make 100 times out of 100 looking back on it. Because as we all know, that trade eventually led to being able to draft Carson Wentz. Obviously we're all a little sour on Carson now but let's not act like he's not the reason we all got to witness a Super Bowl before we died. But it still sucked to see Shady go.

But now our boy is coming back to retire an Eagle when Andy Reid and the Chiefs are coming to town. It's going to be a goddamn massacre, but at least having this week being about Shady will remind Nick Sirianni to run the ball more than twice.

And with LeSean McCoy retiring, that means the career of the greatest football player (in the snow) to ever live is finally coming to an end. It's really not even up for debate at this point.

The Snow Bowl was one of those games that every Eagles fan can remember exactly where they were when they watched it. Obviously a few thousand were watching at the stadium. Personally I was in my apartment at American University during the one semester that I was planning on being an actual journalist. Others might have been at a bar or their buddy's house or whatever. Moral of the story is it's one of those games that will be etched into your brains until you die, and that LeSean McCoy hurdle is the lasting image. But even outside of that game, the man was an absolute menace whenever there was some fresh powder on the ground.

There were certainly some rough moments in his career, especially away from the field. I don't expect anybody to ever fully forgive him for spoiling Endgame. But no matter what you think of LeSean McCoy, you'll never be able to take away the fact that there's never been a better runner in the snow. And for that kind of talent to want to come back and retire as an Eagle? Well I'm calling that a win. Mainly because I don't see any other way for the Eagles to get a win over the next few weeks, so we deserve this one.