We need more dingers in politics.

In the Congressional Baseball Game Wednesday night, Rep. Greg Steube launched an absolute cockshot for the first out-of-the-park homer in the game in 40 years. I don't care that it's with a metal bat — although it may be even more impressive with a BBCOR bat than wood — and with a guy throwing slop right over the plate. It's been the same for the last four decades and nobody has gone deep.

Steube took his time rounding the bases, too, and I absolutely love it. How many people with no athletic achievements past high school ever get to launch one out of a Major League ballpark? I'd have walked around the bases and taken a selfie every 90 feet.

And I don't want this to become political, but you can't be happy with that shortstop if you're a Democrat. 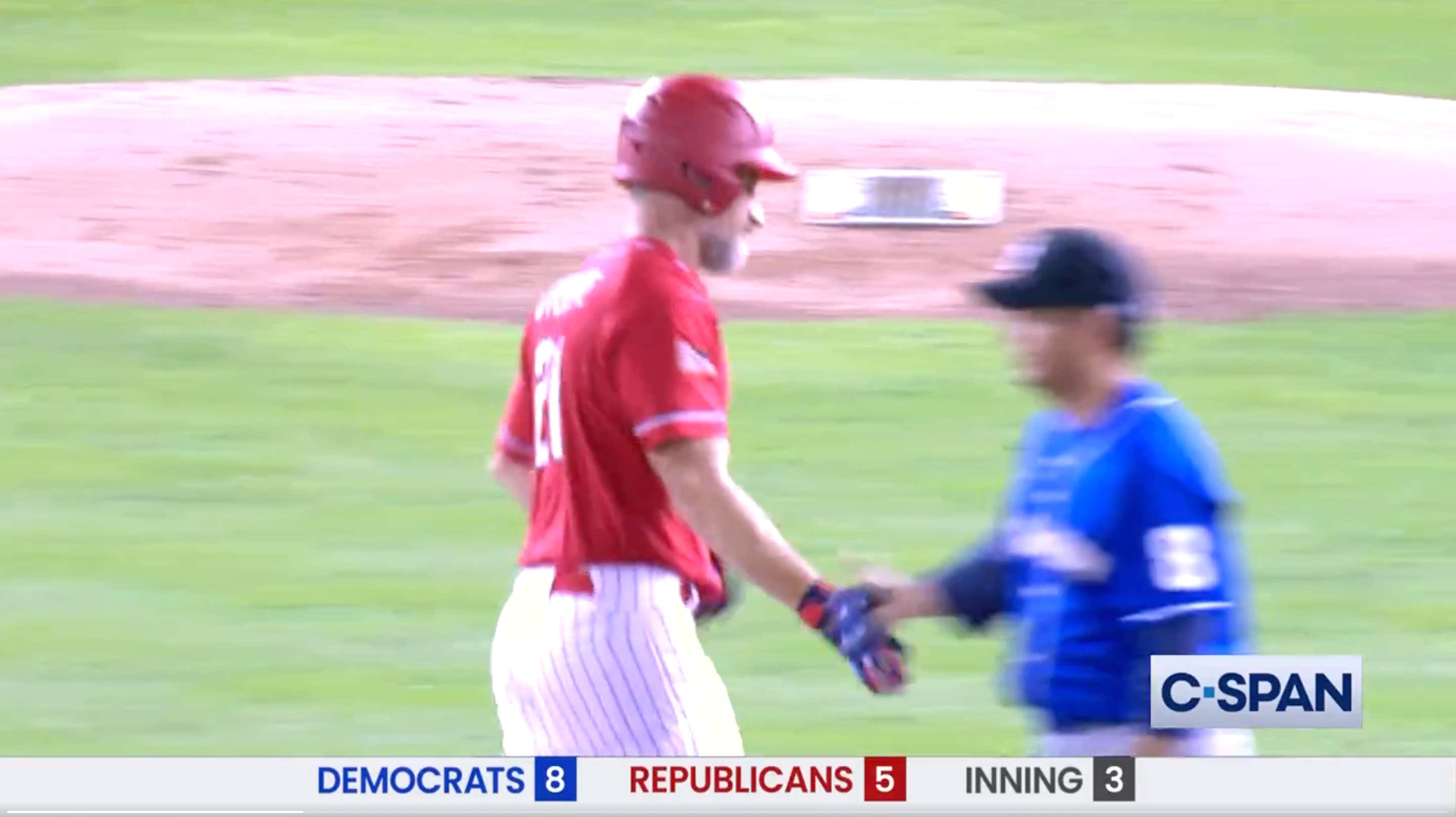 This isn't Little League. You're not required to high-five an opponent who's the first guy to go deep since the Reagan administration. Have some competitive spirit about yourself. These guys are going to be right back on the House floor today calling each other every name in the book, but you felt this was the time to reach across the aisle?

I appreciate the attempt at nonpartisanship, but your pitcher is on the mound trying to reckon with the fact he just gave up a homer to a political opponent on one of the 30 hardest fields in the world to hit one out. Just let the moment breathe.

Elections in this country should have some sort of Home Run Derby component. It shouldn't count for anything, but just have candidates go out to a ball field and take some hacks so we know what we're working with.