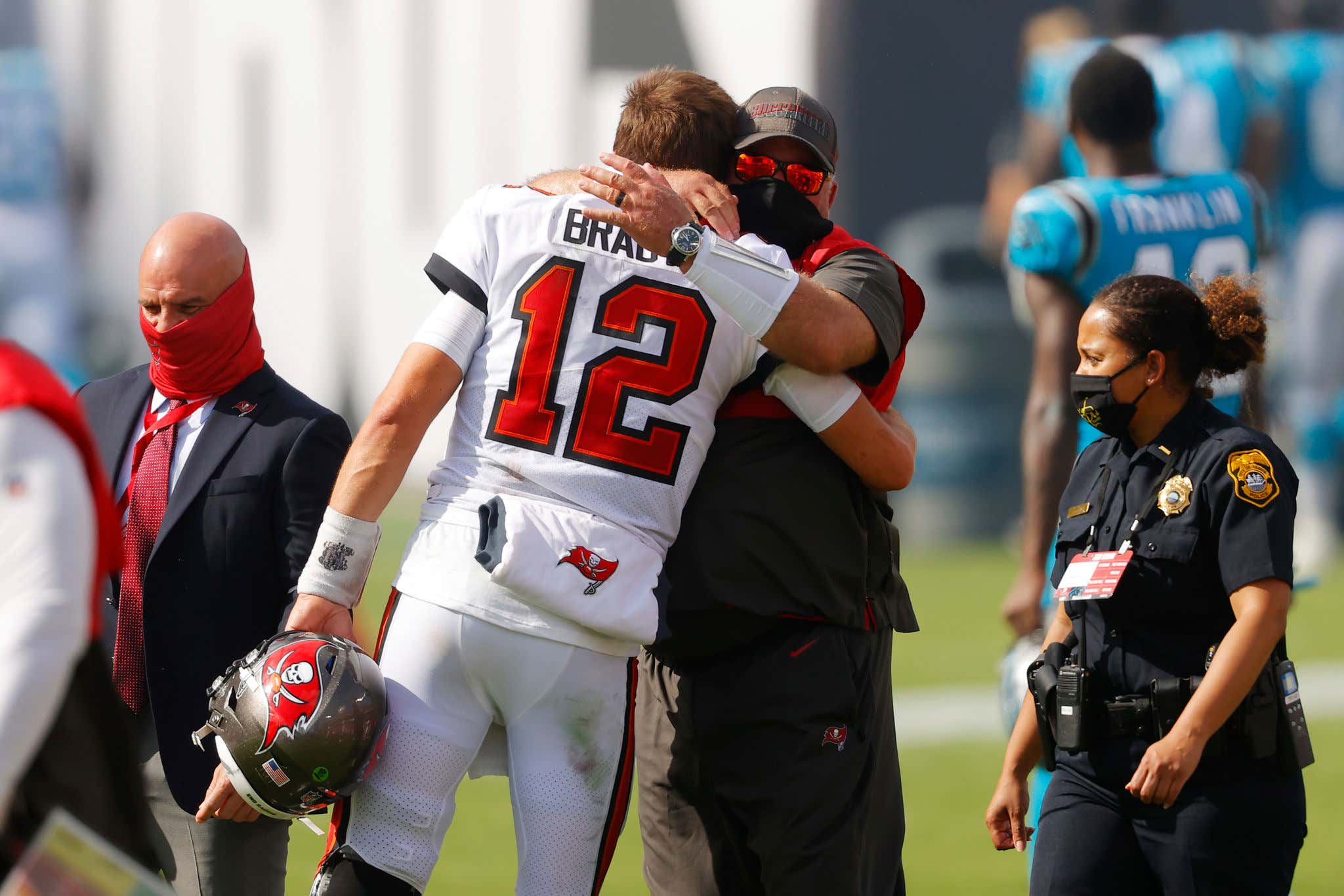 Yesterday at Bill Belichick's weekly presser, he made a statement that is painfully, obviously true to anyone with eyes and/or the ability to have a football play described to them:

On the offense Tom Brady is running in Tampa Bay:

I mean, that is objective fact. Inquestionable. Two weeks into his Buccaneers career, Brady was running Bruce Arians' offense. Low on motions and pre-snap reads. Heavy on allowing the play to develop and reacting to what the defense is giving you. You know, the one that was starting to put Ben Roethlisberger in an assisted care facility when Arians was the coordinator in Pittsburgh from 2007-11 (185 sacks in 73 starts, an average of more than 2.5 per game), and had Jameis Winston lead the league with an incredible 30 interceptions in 2019.

So through two weeks, Brady was averaging just 228 per game, with three touchdowns, three picks and had been sacked three times by New Orleans in the season opener alone. So there was no question about it when Week 3 rolled around and he changed it all up. He took charge. As I've said before, he walked over to Bruce Arians with a wire cutter, snipped the cable on his headset and said,

And the results were instantaneous. What followed over the next two weeks was an average of 327 yards per game, eight TDs, one INT and a passer rating in the 116.0 range. And it's been that way ever since. Arians is along for the ride. Byron Leftwich's play sheet is in his hands merely for academic purposes. So he can follow along in preparation for the head coaching offers that are sure to be coming his way in December. But there's no question about who is calling the actual shots. The video evidence:

So far everything Belichick and I have said is what lawyers trying a case would call "facts not in dispute." At least by the rest of the country. Almost. The one person standing up at counsel table and yelling "Objection!" is Bruce Arians.

Fuck this guy. Where does he get off spinning a fiction like this? The Erhardt-Perkins system Josh McDaniels is currently running goes back to the Chuck Fairbanks teams of the 1970s. It came back to New England when Belichick brought Charlie Weis with him in 2000. It's survived here through four coordinator changes. Tom Brady mastered it at an age when most quarterbacks are still  using My First NFL Offense by Fisher-Price, the kind with big pieces so they won't accidentally swallow one. Exactly at what point does he think Belichick watched what's been going on for the last two decades and decided he needed to start copying off of Arians' homework? Was it while his offense was setting records? Was the envy of the league? While half the other teams were trying to run his system? While going 12-4 against Pittsburgh over the years? While watching Roethlisberger age five years for every season he played? When?

I get it. Arians is Coach McFun. He's a figurehead now while the quarterback he took runs the offense he brought with him. But that doesn't entitle anyone to claim the copying went both ways. They say imitation is the sincerest form of flattery? Quit flattering yourself.