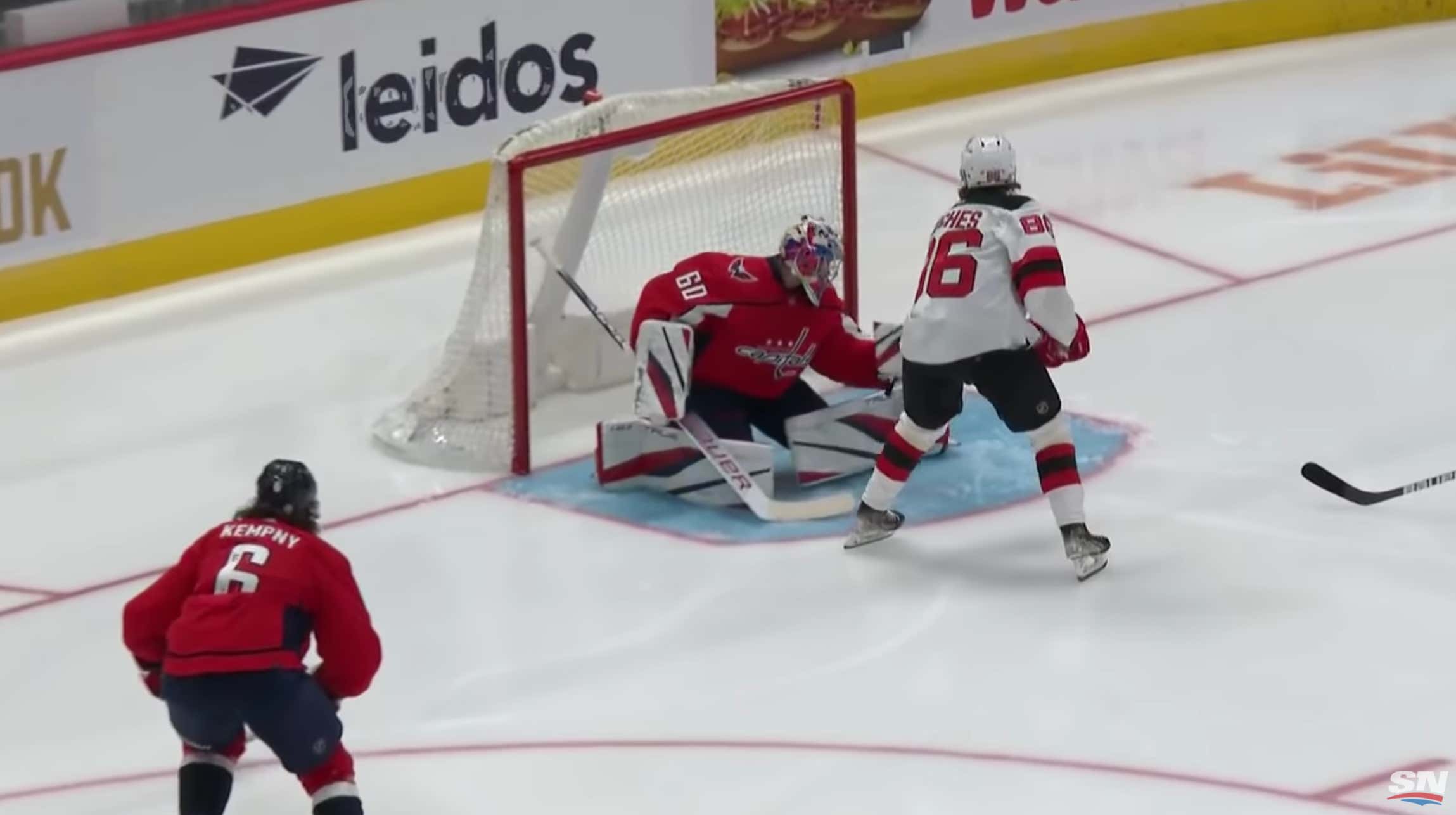 There were a few seasons there when NHL fans got a little spoiled. When guys like Connor McDavid and Auston Matthews were getting drafted 1st overall and then immediately making franchise altering impacts on their teams in their rookie seasons. It was starting to look like a league where an 18-year-old could step in right away and put up numbies.

Then we quickly started to realize that maybe McDavid and Matthews are just a couple of fuggin' freaks and not the standard. It's not like Nico Hischier has taken the league by storm. Rasmus Dahlin hasn't been nearly as game breaking as he was predicted to be. Jack Hughes has 18 goals through 2 seasons. And Alexis Lafreniere struggled most of last season after being hyped up as the next great one. Moral of the story is that maybe it takes guys a few years before they're ready to shove it up the league's hoop.

I know it's only a preseason game but Jack Hughes kinda sorta maybe looks like he's ready for it right now. Just a nice little forehand-backhand tuck it in bed on the top bunk.

It was silky as could be, sure. But the goal itself isn't really what worries me about the potential of a Jack Hughes monster breakout season this year. It's the little stick twirl after the fact that sends a shiver down my spine. A stick twirl like that just shows how much this kid is feeling it. Making that goal seem as pedestrian as they come. To have the hands to stuff that puck in the corner off the backhand from right on top of the crease and then act like it's just another day in the office? We're dealing with a dangerous Jack Hughes right now.