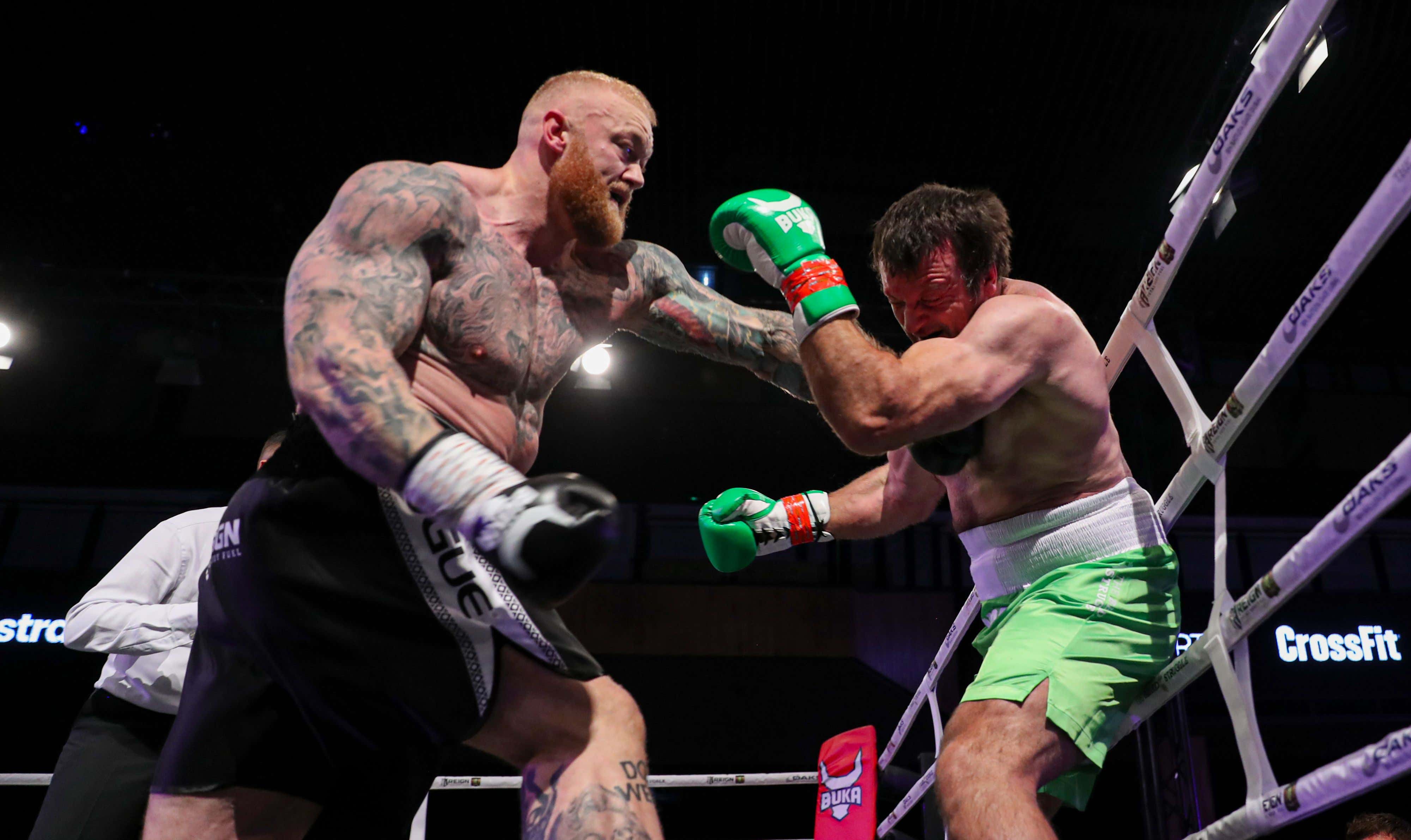 The next Super Fight (exhibition) might be Paul vs. Hafthor Bjornsson. If we are going to keep entertaining these PPVs, I want them to be absolute freak show bouts. The Mayweather one was a spectacle, but I think if Paul wants to get anywhere close to those numbers he needs to fight The Mountain. Logan Paul is a very good boxer for not being a boxer, but I don’t see him fighting any current pro boxers that would be a real challenge for him. I feel like The Mountain would be the only Logan Paul PPV I would buy. I am probably trying to talk this fight into existence because in this interview they only lightly suggest it. In my eyes it’s something that would benefit all of us to see. It's honestly a pretty good interview and, as a Halfthor fan since his strongman days, it's the best interview I can find that gets into his newfound boxing career.

Let me show you these videos of Halfthor's recent fights. Halfthor defeated a professional arm wrestler in a boxing match in Dubai recently. It was a pretty good bout, he won by TKO and absolutely battered the guy.

It would be entertaining to see Logan try to deal with 330lbs of Icelandic fury in the ring. I think it would be a decent fight. Logan would have to wrestle The Mountain to avoid his jab and would end up getting caught with serious damage. Logan would have to really outbox The Mountain to end up knocking him down. If The Mountain were to get knocked down it would be seriously impressive - like a Redwood getting chopped down - and if Logan got mauled by The Mountain it would be awesome. These influencer boxing matches are just freak fights. I want to see the biggest freaks fight the biggest freaks. Is that too much to ask? Here's The Mountain's other fight which was against a real boxer. All things considered, Halfthor did pretty well.

Halfthor originally got into the fight game because his longtime strongman nemesis Eddie Hall wanted to fight him.

Eddie Hall tore his bicep though and had to pull out of the fight. It was scheduled for late September so it's a shame we can't see it.

But anyway, Logan should fight Halfthor.