Well, the short answer is "No, not really." - the LONG answer, however, is a whole lot more interesting!

Back in 2014 (a couple years before I started my internship at Barstool Sports), I was very involved in the local independent wrestling scene in Northern New Jersey. 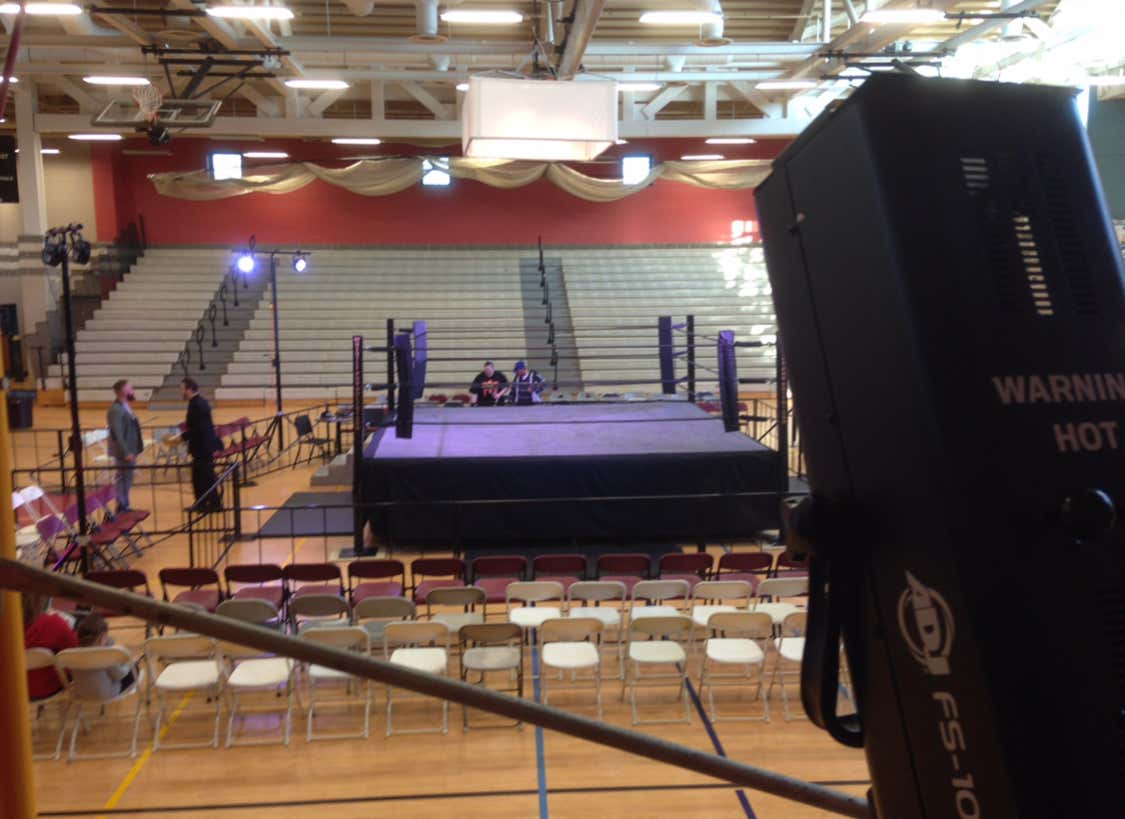 ….and wanted to do whatever I possibly could to "pay my dues" and get my foot in the door of the wrestling industry; all of the wrestling documentaries I watched growing up basically said to do just that - pay your dues. I loved every second of it and even got a turnbuckle tattooed on my arm to remember those days fondly.

Eventually, in late 2015, I saw Cody Rhodes tweet from a personal account that he was looking for a new gear designer, and I jumped at the opportunity immediately; I responded to the tweet and had a couple mutual friends put in a good word for me….and we were off to the races before I knew it!

Cody was playing 'Stardust' in the WWE at the time, and wanted to put together some sorta pitch to get back to being himself in the ring - just Cody Rhodes again. He asked me, "What would Cody Rhodes wear in 2016?", and I came up with a few sets of trunks for him. 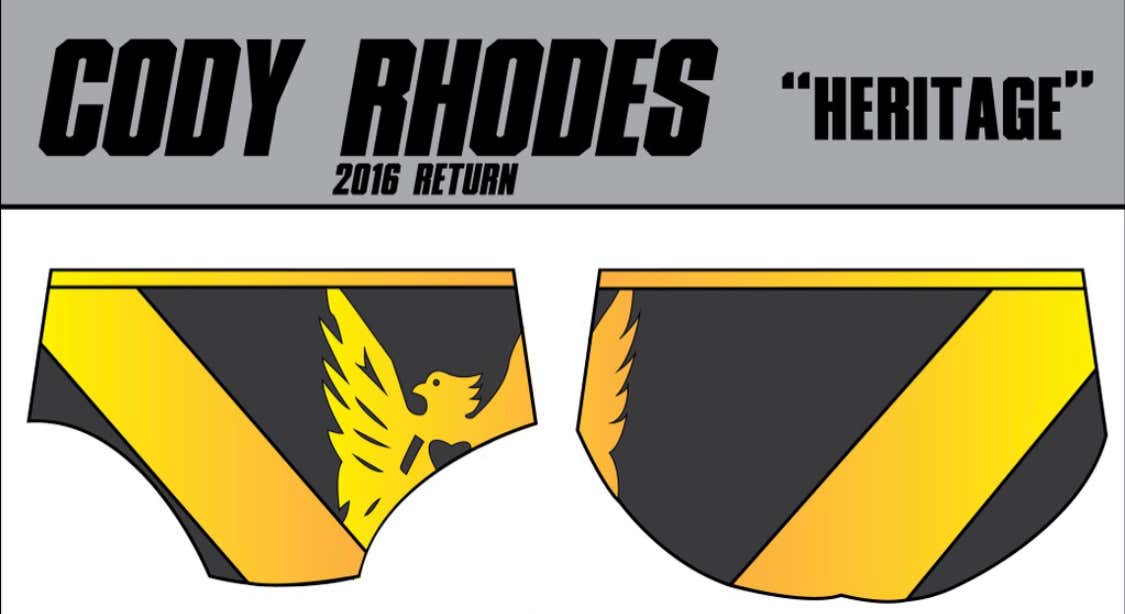 I don't think that his pitch went very well, because by May of that same year, Cody had asked for and received his WWE release - something that was pretty much UNHEARD of at the time.

From there, he started doing independent shows all over the world - from the massive super-indies like PWG to the tiny mom-and-pop ones you might not have ever heard of - and we reconnected and became acquainted when he came to my home indie of WrestlePro in Rahway, New Jersey one night.

We sat and talked wrestling for a while that night with the owner (and mutual friend of ours) Pat Buck, and right before we left, Cody asked if I wanted to come with him to another show in the area that weekend to help him out with social media and whatever else he might need. Kinda like a Dave/Frankie situation if you will.

Obviously, I said yes, and wound up picking Cody Rhodes up in my shitty, banged-up 2008 Toyota Corolla the next day to drive him to Queens for an EVOLVE show. We talked about wrestling, music, video games (and honestly, mostly Star Wars) on the drive up there, the show was great…. 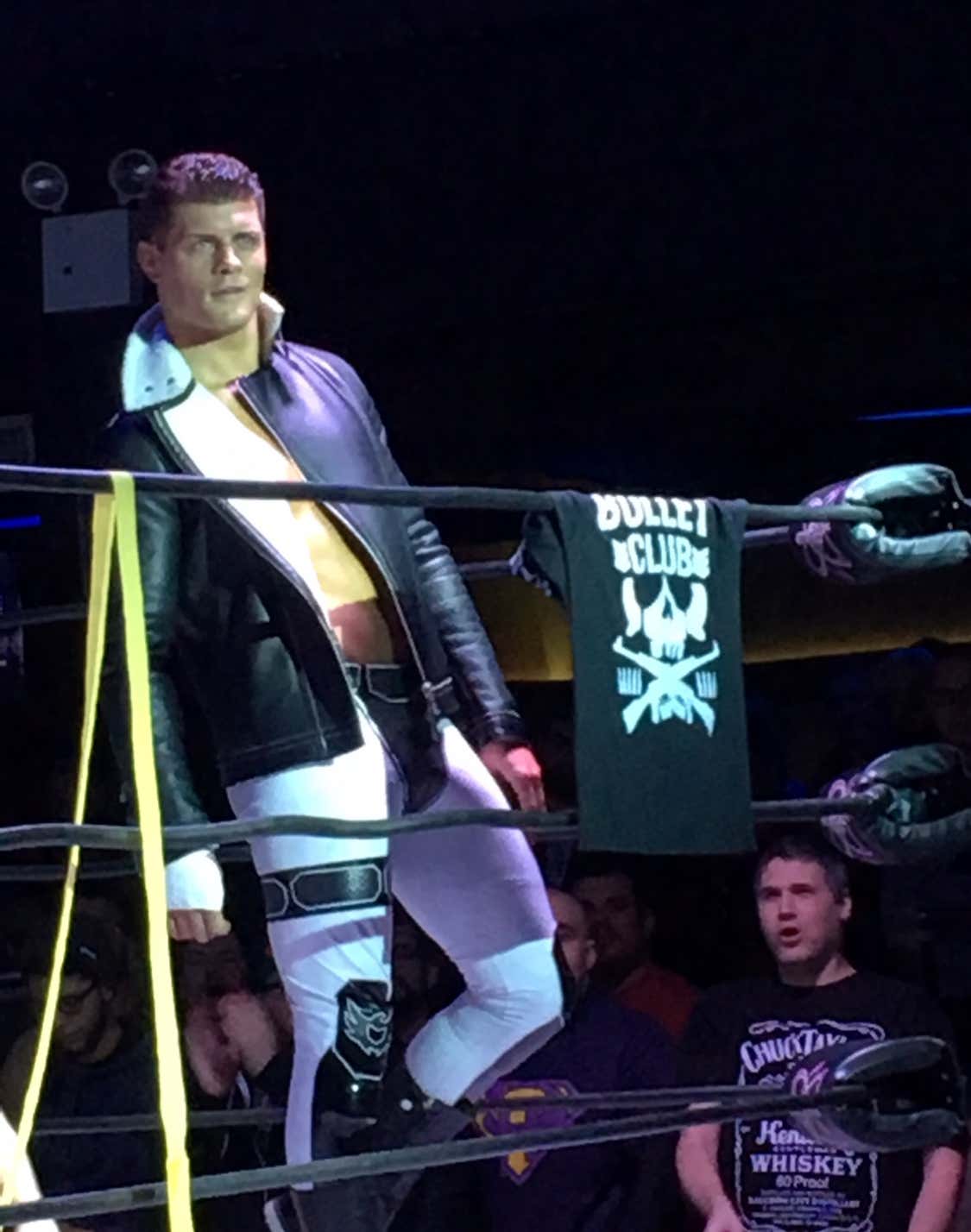 That's my OG Bullet Club shirt - Cody had just joined but didn't have a shirt yet, so I let him borrow mine to walk out - too bad he couldn't fit into it.

….and then we did the exact same thing on the way back - but added a stop for Jamaican food.

This pretty much became a regular occurrence when Cody would make his way to the NJ/NY area, as he (and his wonderful wife, Brandi) took me under their wing and let me in on a LOT of cool moments in his career/their life….

….and I am sooooo grateful for that. I really learned a lot about how to carry myself in certain settings from those experiences.

At this point, though, as Cody's career was booming, and his friendship with The Young Bucks was kindling, I was also in the midsy of getting hired by Barstool - and eventually DID get hired by Barstool - which felt like my "boyhood dream" come true. This made it hard to be Cody's right hand man, however.

For a while, in the beginning, I really tried to balance everything that was on my plate and make it to a lot of Cody's shows/appearances, but failed to do so because of Barstool-related commitments - and probably somehow miscommunicated that to Cody somewhere along the way - which sadly led to Cody and I eventually losing touch for a few years while he went and helped create All Elite Wrestling…..but today, in My Mom's Basement, we reconnected, cleared the air about it all, and had our first full-fledged conversation in years!

I've obviously never held any ill-will towards Cody myself, but was a bit curious if he held any towards me, as it's been a while since we've spoken, and after this interview, I think we're definitely back on great terms. It only took like five minutes to feel like we were right back in my shitty high school car talkin about wrestling again.

Check out the full conversation now - and don't forget to watch 'Rhodes to the Top' on TNT after Dynamite tomorrow!