I want to get out in front of this before all the gerrymandering border enthusiasts get a hold of this narrative. Earlier today Dave published a pizza review at Roseangela's at 95th and California. It's an immensely popular location in a neighborhood colloquially known as the South Side. Some people like Palermo's further south on 95th past Cicero. Others prefer the thin and salty slices fo Barraco's at 95th and lawndale. Of course you have Vito & Nicks inside the city limits. But generally speaking the most passionate crowd reps Roseangela's. Palermo's has a deeper menu and Barraco's is a better hangout. But people who love pizza in this part of town stand by Roseangela's so strong, and they're going to be soooooooo fucking pissed when they get to this part: 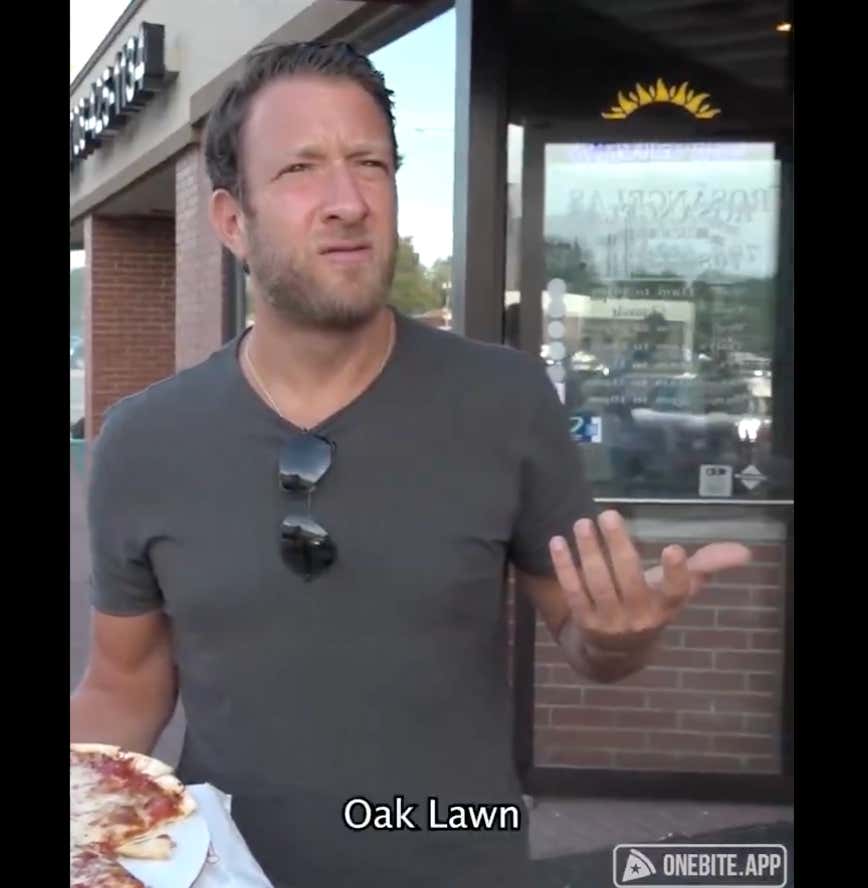 Not because the Arkansas race track confusion, but purely over the distinction between two southwest suburbs. Evergreen Park (the Village) vs. Oak Lawn. A battle as old as time itself and this just poured some gasoline all over that shit.

Village people are lunatics about the Village. Such an overwhelming disdain for people who live in the city. Such blatant disrespect for the cupcakes of Oak Lawn and don't even get them started on the Alsip/Crestwood combination. The village isn't fucking around with their opinions and they don't hesitate to voice them.

BY FAR the most common thing I get from the EP crowd: YOU GOTTA BRING PORTNOY TO ROSEANGELA'S. People I haven't seen in years. Guys I never really hung out with. Friends of my parents and older brothers. People just come out of the woodwork at all angles trying to wrangle a Roseangela's pizza review from Dave and they finally got it. The Oak Lawn designation at the end is just the pure sweet justice you guys deserve for being so aggressive about your pie. Pretty sure Dave just annexed like 30% of your Village in one quick swoop.

If I seem passionate about this it's because I'm from Oak Lawn and people have been talking shit to me about that my whole life. It was a great place to grow up but limited street cred. That is of course until today's pizza review. Now as far as I'm concerned you guys can't leave.

Get comfortable and enjoy the food.