Jenga. Cornhole. Ping Pong. And now... ROCK, PAPER, SCISSORS! The newest game on the Play Barstool app makes its debut today at 2 PM ET. If you recall, we did complete a 32-team RPS Tournament back in May. But now, money is involved. It's a clean slate for everyone competing, and if you go 6-for-6 on your picks, the Progressive Jackpot is yours!

Since we are unveiling a new game on the Play Barstool app today, here is an explanation of the rules and format for today's contest:

Now, let's break down each match today. We will set the stage with storylines and quotes from each player, giving you the most insight possible to try and help you make educated picks:

Storylines: This pair of Yankee fans will battle it out this afternoon in our first ever RPS match on the Play Barstool app. Tommy does have a lot more experience than MRags inside the Triple S, so will that help or hurt his case today? There is history on the line as well, as the winner of this will forever be etched in the history books as the fist ever RPS winner of the Play Barstool app.

Quotes to Remember: "I plan to make an uncomfortable amount of eye contact in our matchup." - MRags

"Tommy never gives away his strategy but it’s a new one I’ve never used before. I’ll leave it at that." - Tommy 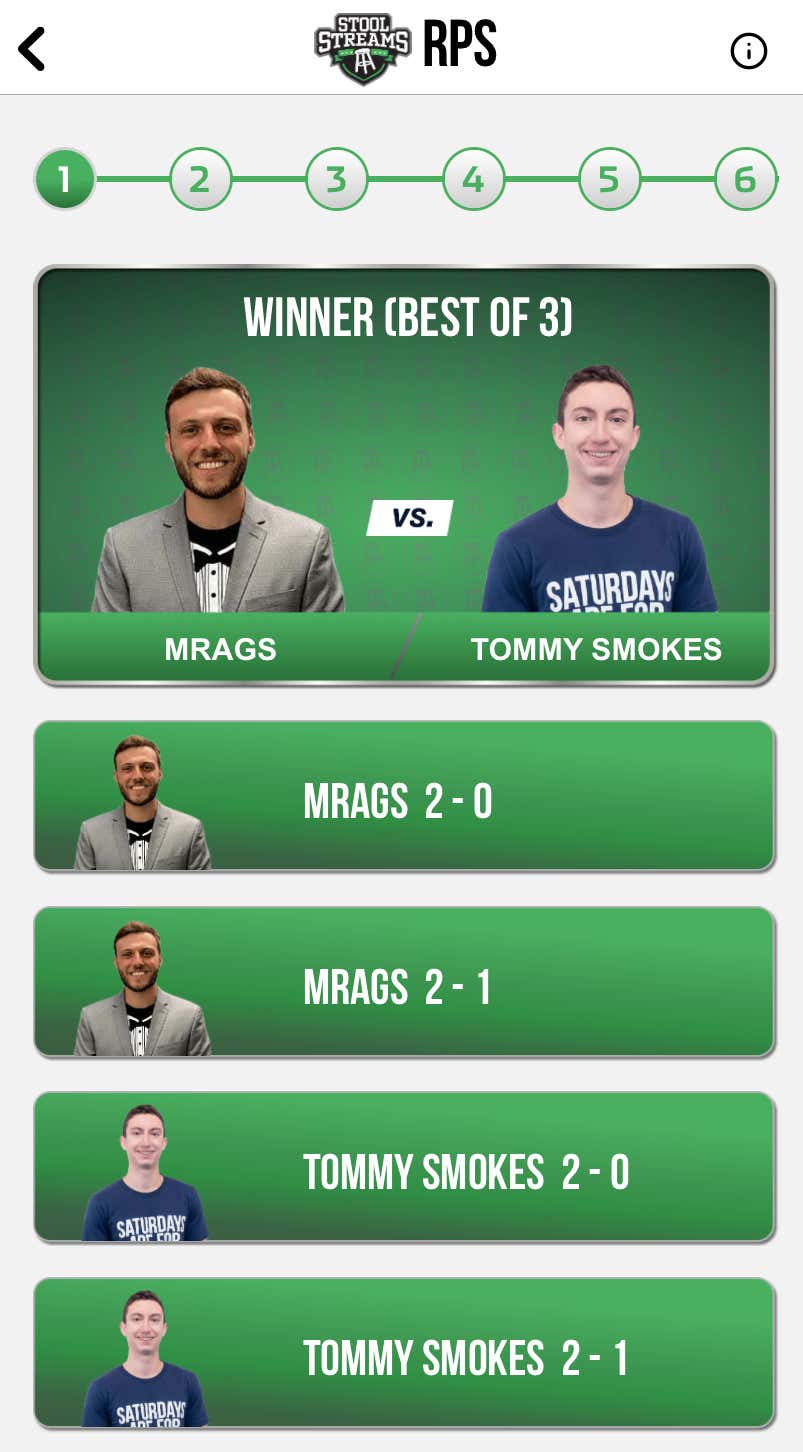 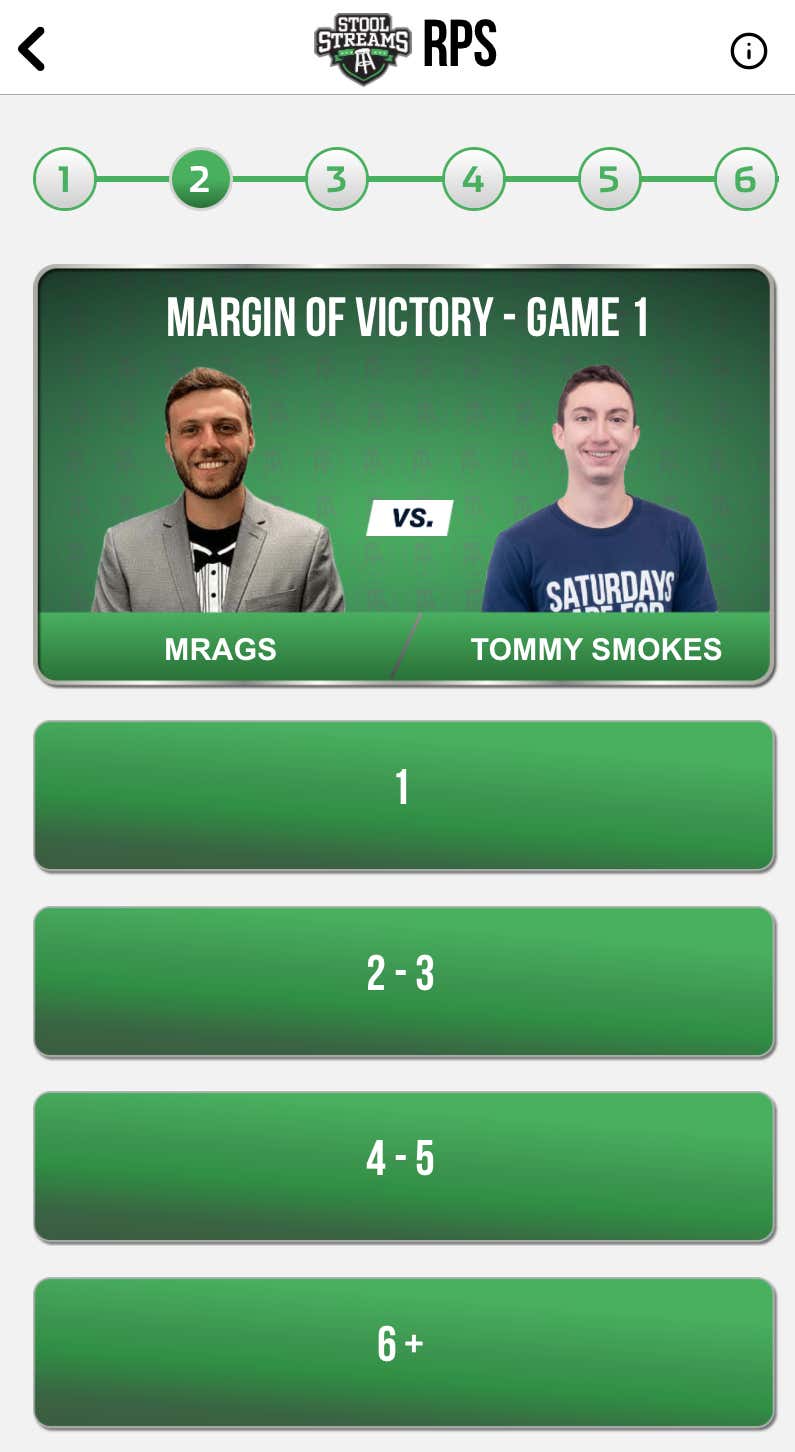 Storylines: Our second match today is a rematch of our semi-final matchup from our tournament back in May. Vibbs defeated Feitelberg five months ago, but Feits has a chance for revenge today. Something to watch here is the temper of Vibbs. The last time he played RPS inside the Triple S, he punched and broke a wall. Can he keep his emotions in check today?

Quotes to Remember: "I’ve made Feits puke 2 weeks in a row on lowering the bar … if he wants revenge … this is it." - Vibbs

"The only appropriate revenge will be winning then throwing him through the closet door." - Feits 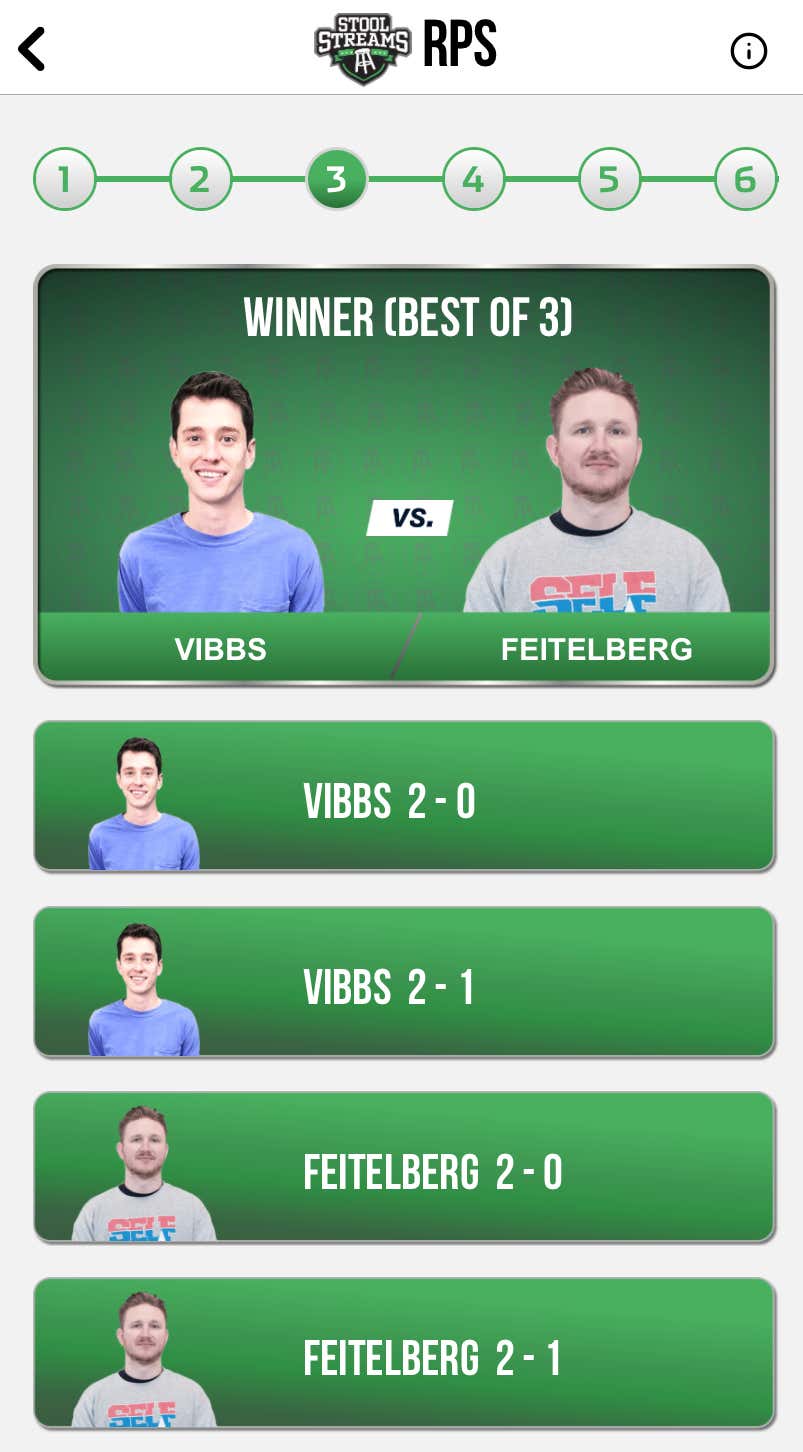 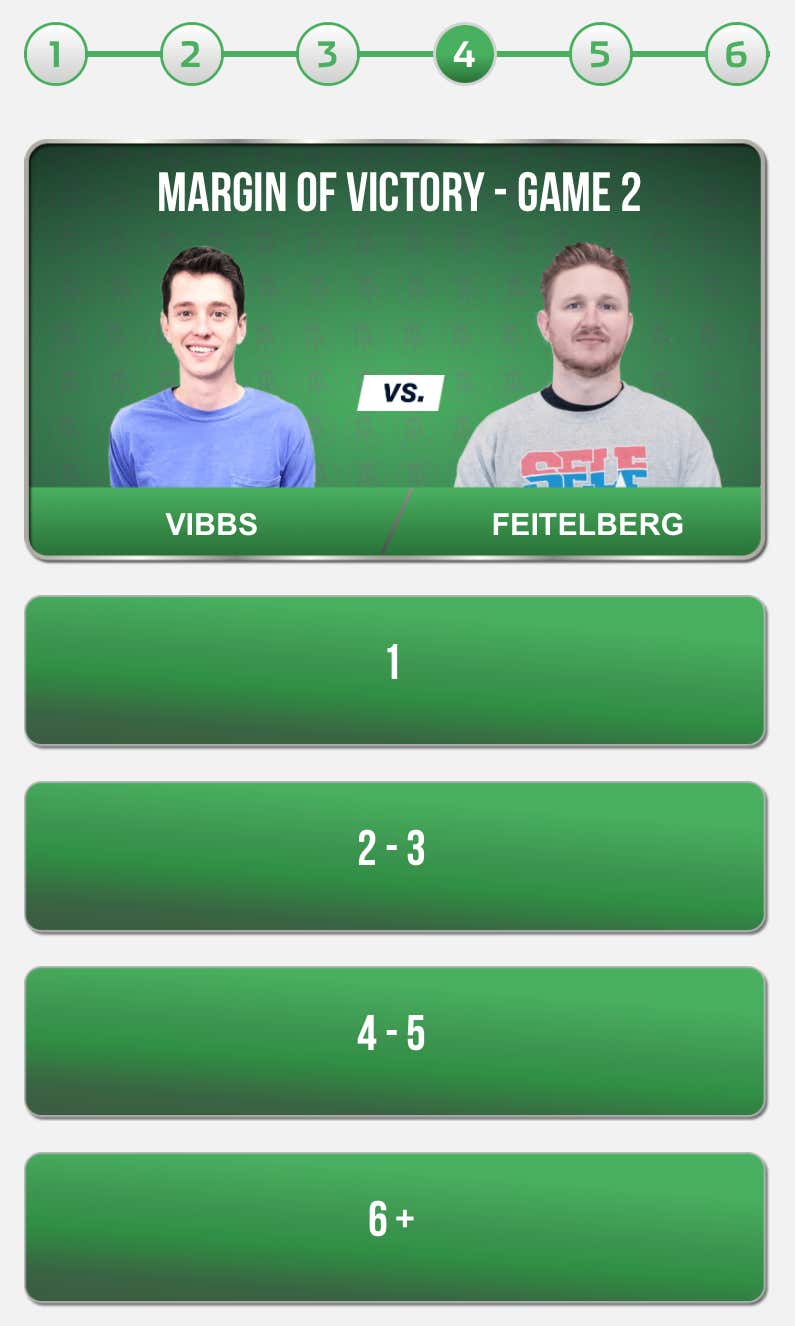 Storylines: Frank the Tank enters Stool Streams Stadium today for the first time ever in a certain position: on a winning streak. After ending the Fleming Curse a few weeks ago via Jenga, he hopes to bring that luck over to the RPS table against Billy Football today.

Quotes to Remember: "I might be able to find a way to beat him by psyching him out or at least sizing him up." - Frank 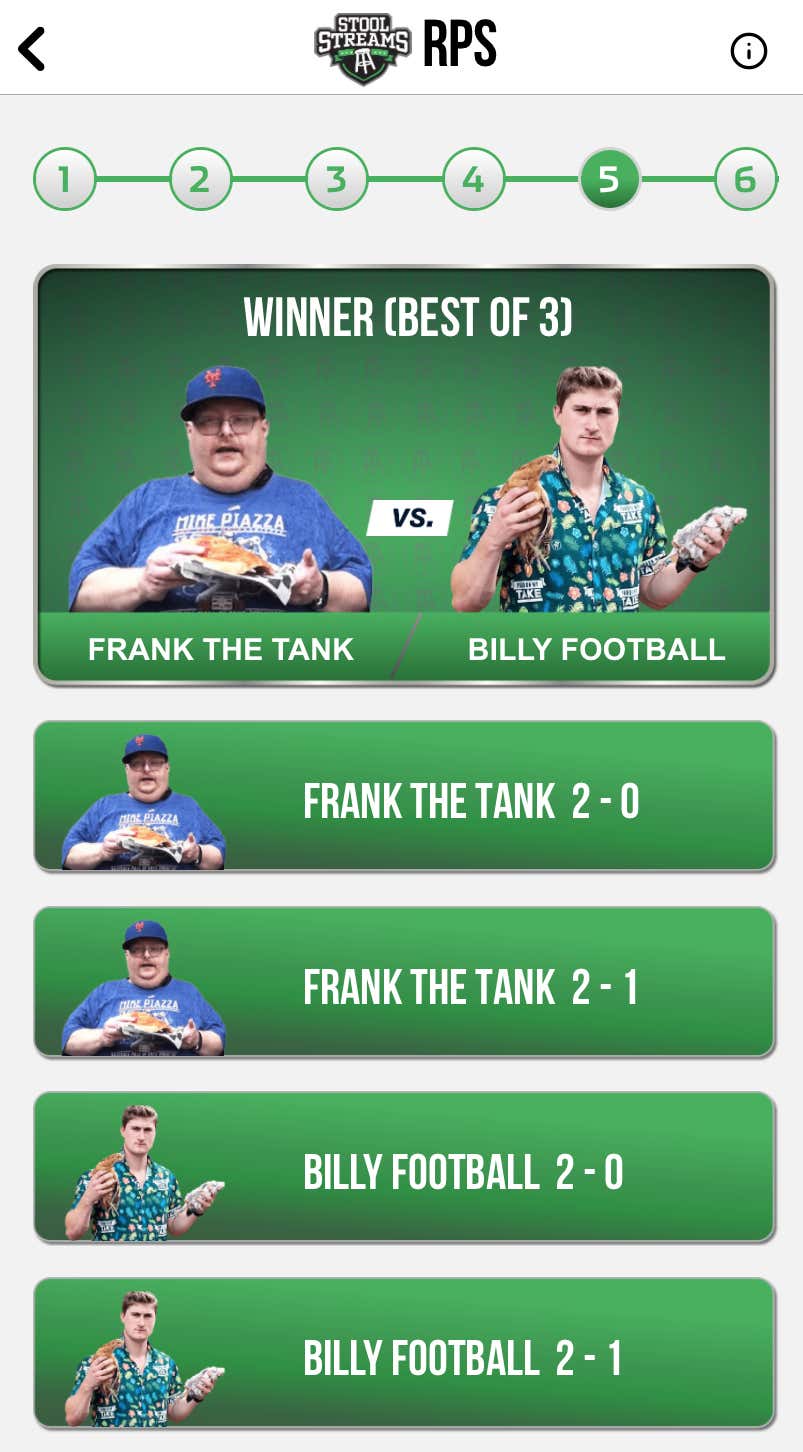 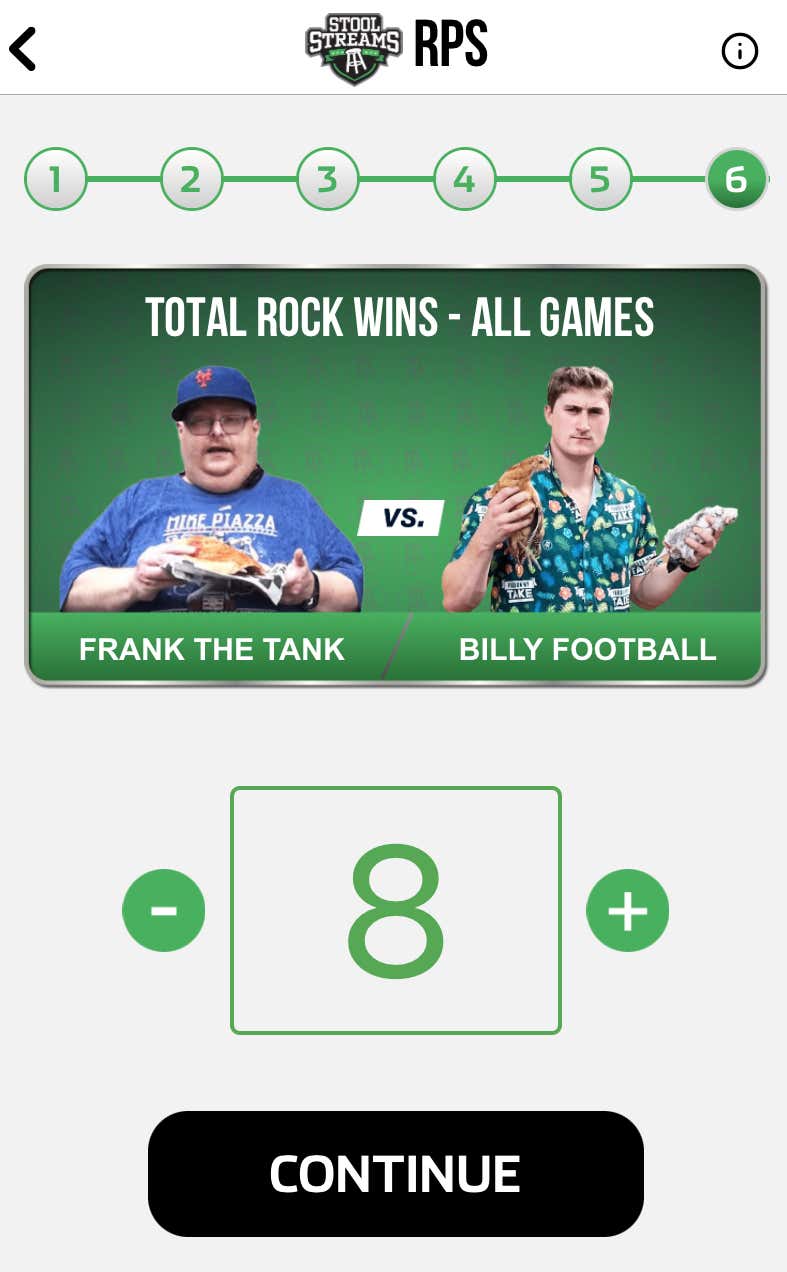