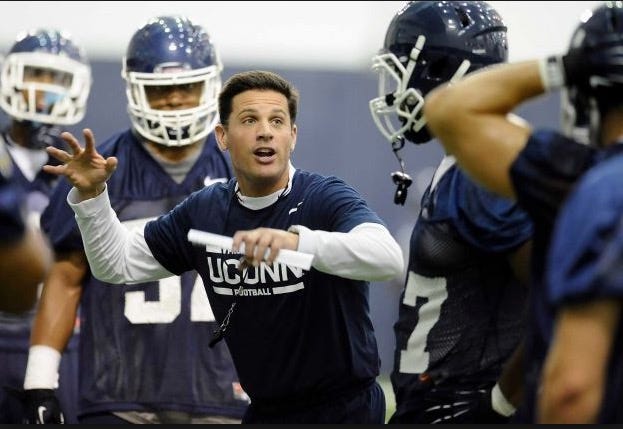 You know when someone has so much passion and excitement for what he does while at the same time being completely delusional? But in like, an endearing way? That’s Bob Diaco. Straight up Reality Distortion Field going on and I love it. 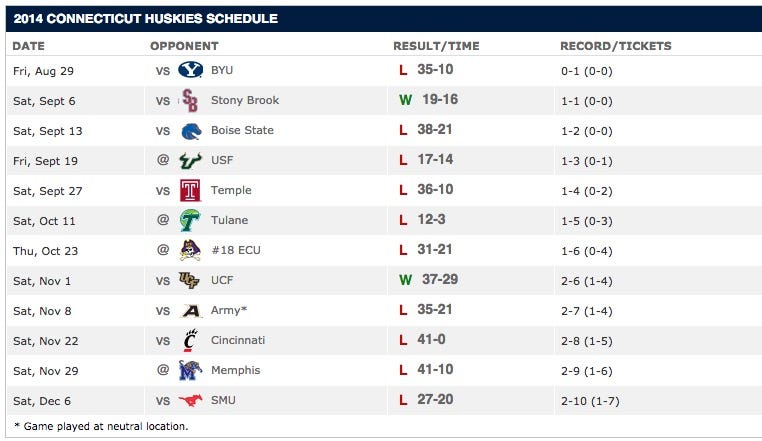 UConn will never, ever lose another game. Literally. National Champions year after year after year until the NCAA just politely asks them to stop playing so someone else can have a chance. That’s what Diaco is going to deliver, aim high or don’t aim at all. Realistic goals are for fucking losers.

Still doesn’t top when he straight up invented a rivalry game with an opponent who was both not very good, and not a rival 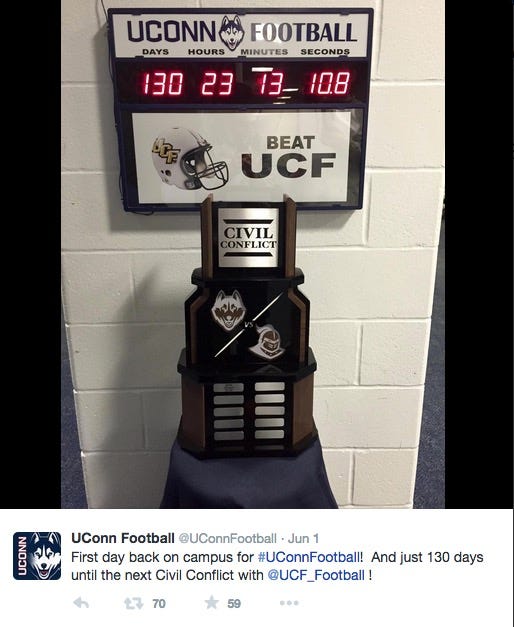 And months later, he’s still talking about it. Improving it day by day. 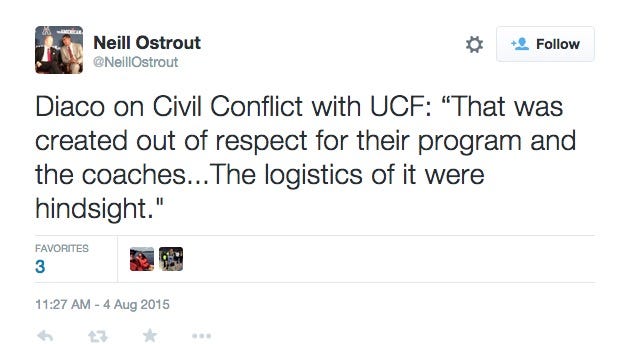 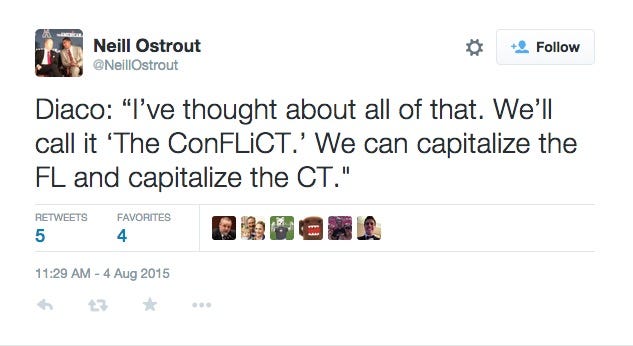 And now what happened? I’m legitimately pumped for that game. Maybe not the play on the field, per say. But if you don’t tune in to check out The ConFLiCT (that FL/CT thing is legitimately brilliant btw) then you can’t call yourself a college football fan.