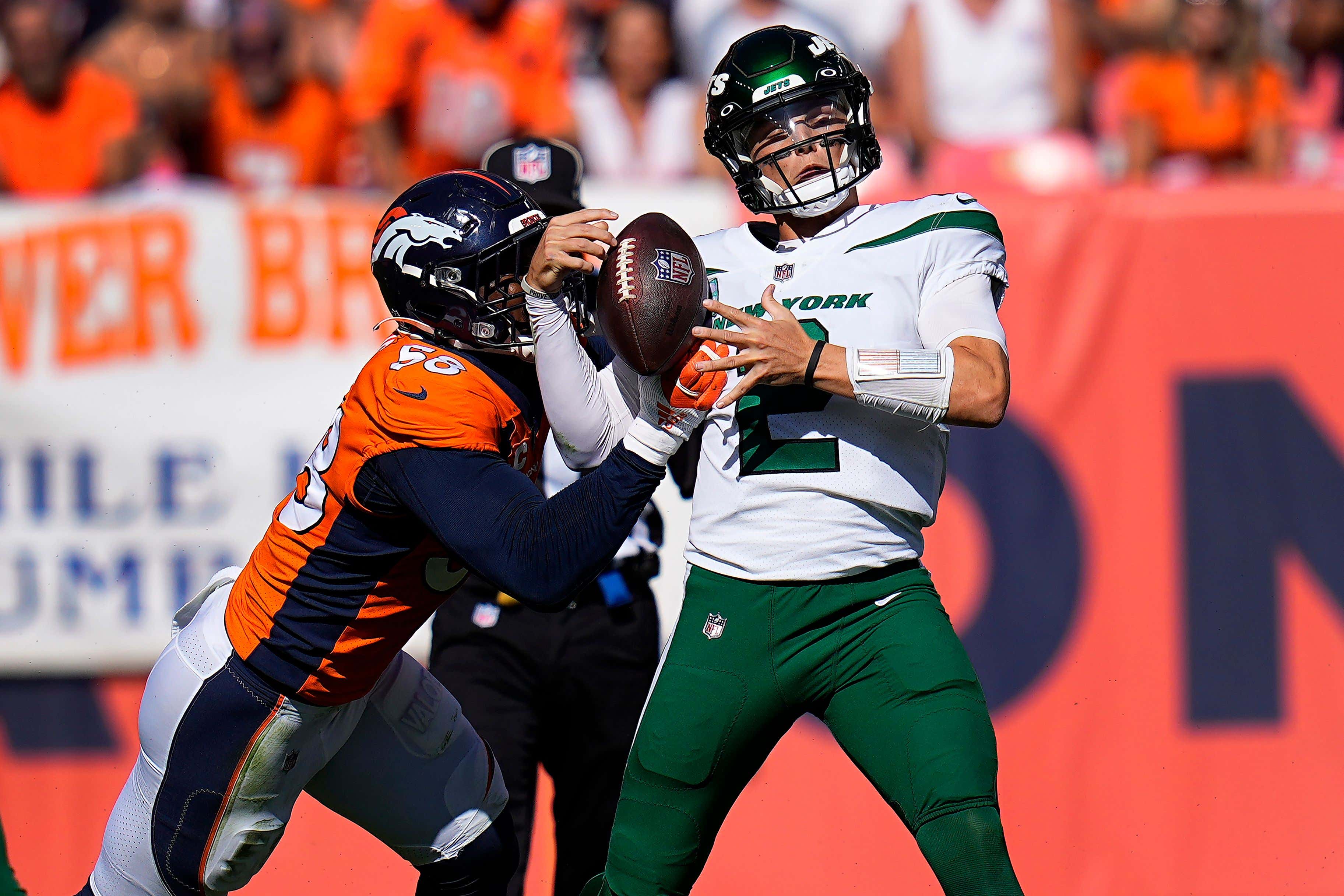 Say what you will about the Jets. Losers of three straight to start the season, which makes them 2-17 going back to the beginning of last year. Last in the league in points scored after finishing last in points scored in 2020. Shut out by Denver yesterday and held to just 162 yards of total offense, which is less than half of what the Broncos had. With no end of this drought in sight.

But you have to hand it to the Jets. They do inspire people.

Such as the aspiring young influencer/football mind whose been turning his team's futility into great art:

Well he's at it again. And it is truly awe-inspiring to see this young auteur at work:

So much to put into a mere 0:26. "White Diontae Johnson" is, Braxton Berrios, I assume? And "Walmart DK Metcalf" has to Corey Davis. Then in between you've got the Jets keeping six blockers in on a 5-man pass rush, and three of them converge on Zach Wilson before he can get the ball off.

This is what human beings do with suffering when we are truly at our best. We turn it into enduring works of art. We use pain to elevate ourselves and all members of our species. As Orson Welles put it in "The Third Man":

"Like the fella says, in Italy for 30 years under the Borgias they had warfare, terror, murder, and bloodshed, but they produced Michelangelo, Leonardo da Vinci, and the Renaissance. In Switzerland they had brotherly love - they had 500 years of democracy and peace, and what did that produce? The cuckoo clock."

This kid is a master in his own right, just like Michelangelo or Leonardo. Tik Tok is his canvas. And the 2021 Jets are Borgias providing all the warfare, terror, murder and bloodshed this young Renaissance Man needs to create great things. Assuming the Jets don't get better any time soon (safe proposition), someday I might end up working for him.