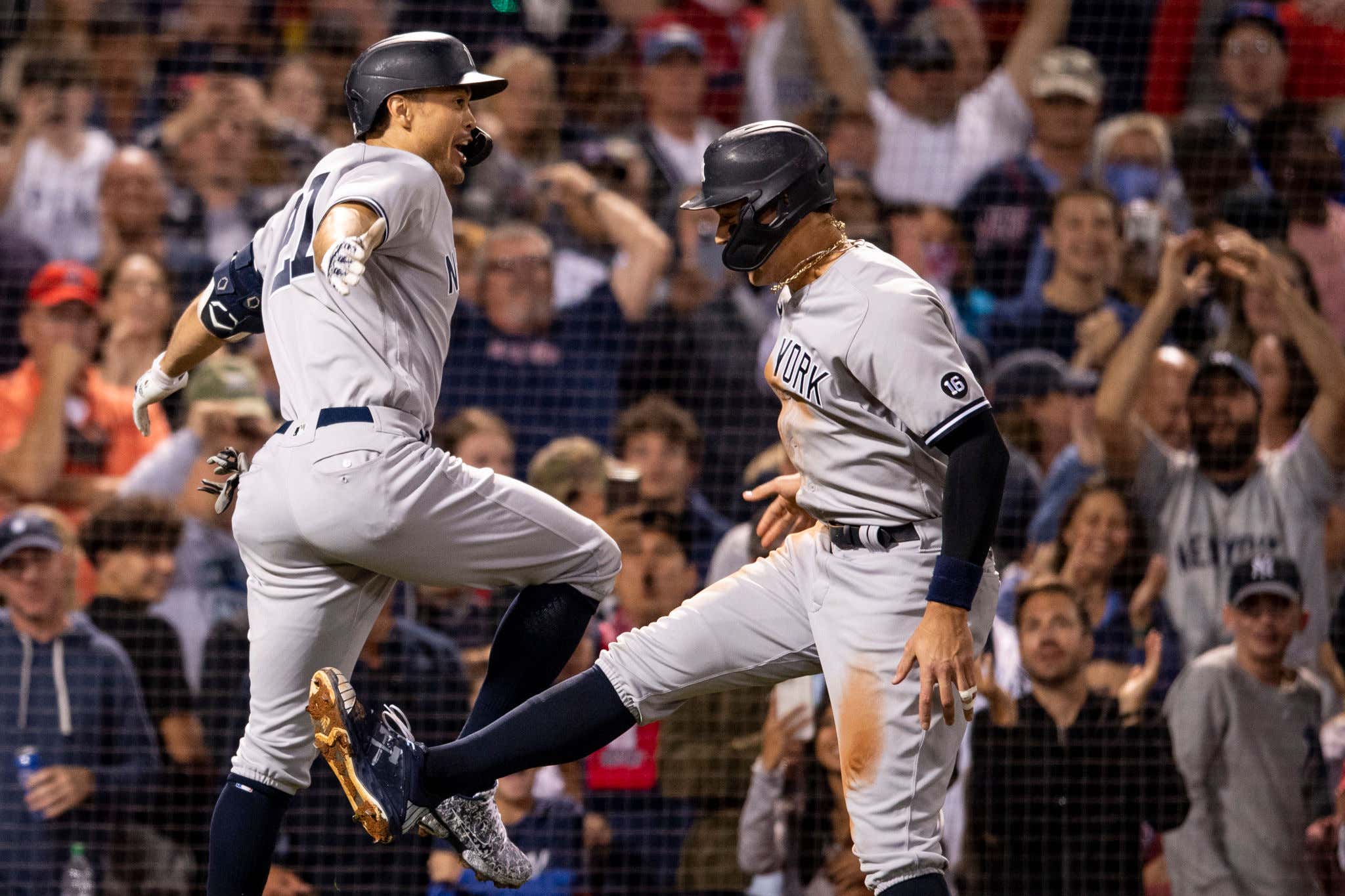 Holy fucking shit what a ridiculous baseball game. Dropped fly balls, dropped strike 3s, Aaron Judge in the clutch, Giancarlo Stanton putting the finishing touches of the giant shit he just took on the city of Boston this weekend. Happiness.

Good times were had by all.

Euphoria. Jared kept complaining that Judge struck out in his at bat. Can’t drop the ball there if you’re the catcher. Rules are rules.

Figured a baseball guy like him would know that. Respect umpires, jeez. It’s a thankless job, Joe West was doing his best out there.

Beautiful. Yankees now a full game in front of the Sox for the one spot in the AL Wild Card. Unreal. At least Jared will always have his 7th inning rant!