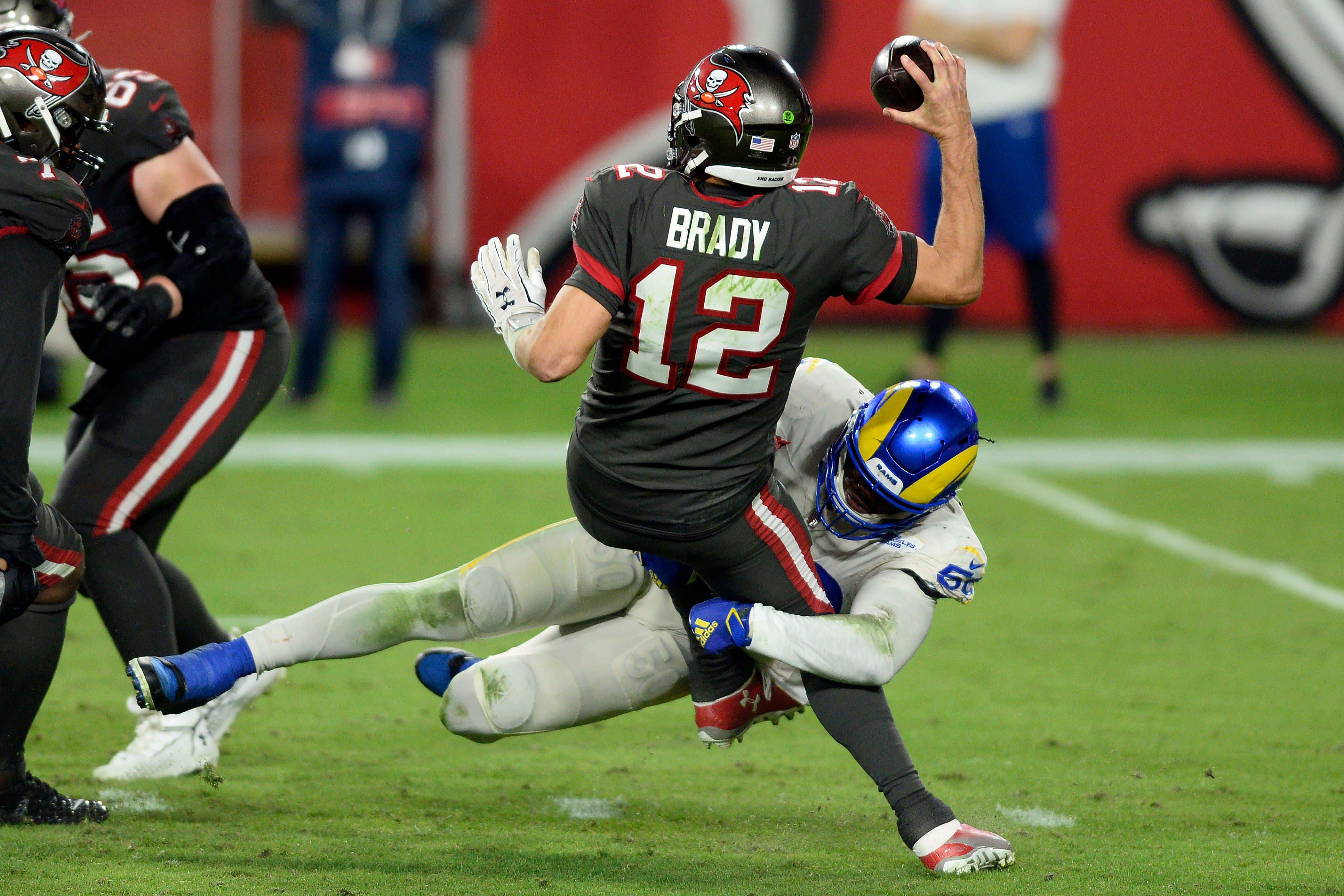 Not the kind of blog I wanted to write, but I'm here win or loss. It was an ugly game with CB Jamel Dean going down early and leaving the Bucs dangerously thin in the secondary. Their 2nd best CB, Sean Murphy-Bunting was lost in the opener, so they were already down a man there.

Sidenote: Look for them to make a CB signing this week, potentially even Richard Sherman as they freed up $4M last week via a contract restructure.

The running game was non-existent with 35 total rushing yards on 13 carries (Tom Brady was our leading rusher!!).

That left them to be one dimensional vs. a Rams team that was humming on offense vs. a banged up Bucs defense and have an outstanding defense anchored by Aaron Donald and Jalen Ramsey.

A scary moment happened during the game as Gronk took a SHOT to the ribs and had to leave.

He did return and played, though was clearly a little stiff.

The Bucs are lucky to leave LA with only a loss and a hopefully not seriously injured Jamel Dean. It could have been a lot worse with the Offense being so pass-heavy and the Rams defense teeing off of Tom Brady and his Receivers. We'll take it as a learning and we're on to New England.