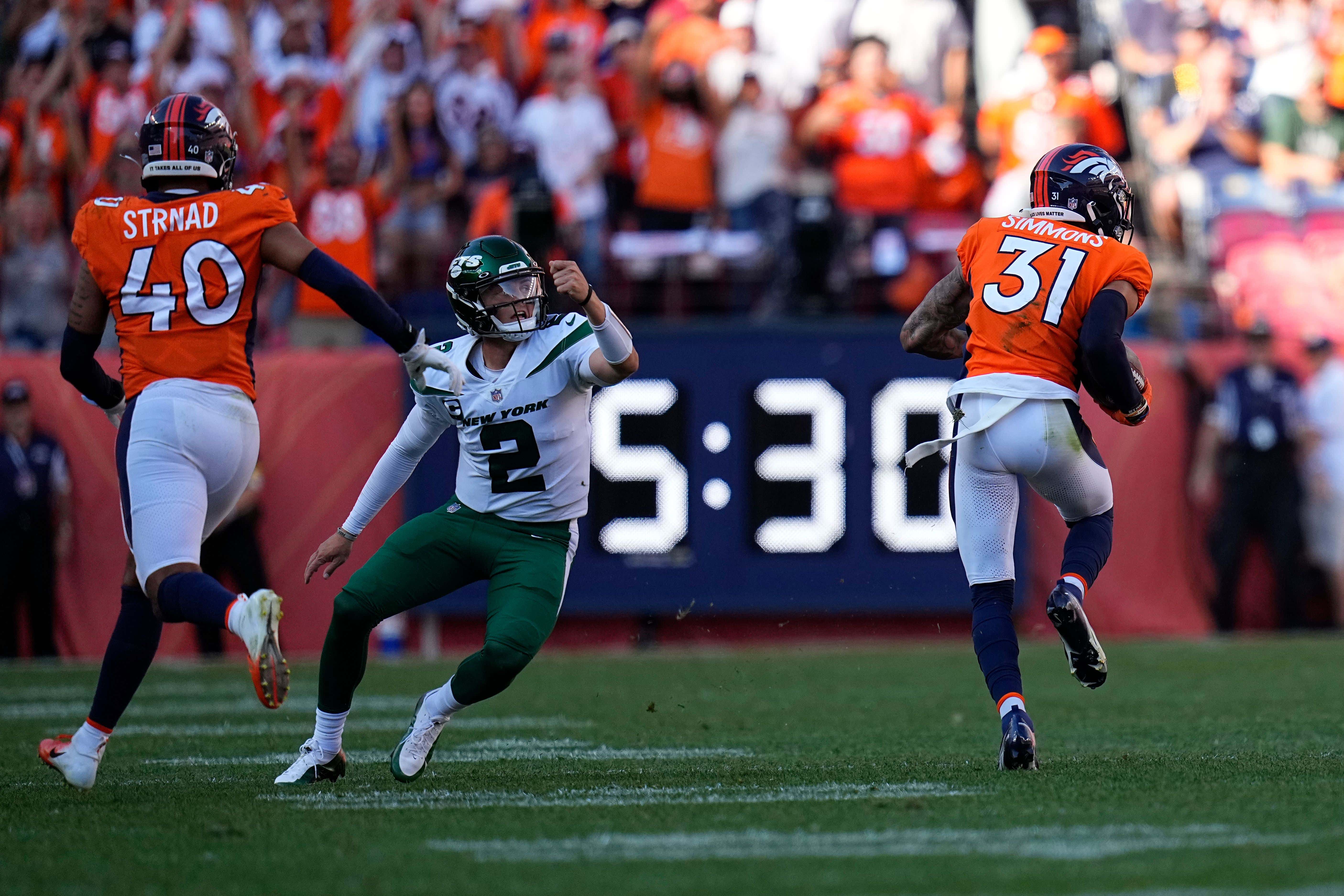 Today sucked but was an awesome step in rebuilding.

Zach Wilson threw half as many interceptions as he did last week and that's a huge improvement in my book. The sparks like the play above where he was able to extend plays with his feet show a teaser of the amazing plays he will make in the future. Look we are watching a rebuild, we can't expect a finished product 3 games into the season. The thing is 26-0 looks way worse on paper than what happened. The defense held strong for 4 quarters and made stops. The offense could not score given the opportunities the defense gave them. The defense stopped the broncos 3 times out of 5 in the RedZone and 7 out of 11 times on 3rd down, that's a performance that sets up an offense the opportunity to win the game. If the offense could put together a couple of drives it's easily a much closer game. The offensive line let up a bunch of sacks and hits on Wilson, but a lot of those were caused by receivers not being able to get open. Zach Wilson holding the ball for too long is honestly good news because it means he's not throwing interceptions and not forcing it.

He did throw 2 interceptions later in the game but for everything, there is a learning curve. I think more rollout and plays taking advantage of Zach's mobility should be in play. I feel as though playing QB in the NFL in the modern era takes tons of in-game experience. The game relies so much on the Quarterback and the college game doesn't exactly translate or prepare rookies. When looking at QBs like Darnold or Jones, they do need time to adapt from the college game in order to find success.

None of the rookie quarterbacks are looking amazing. Trevor Lawrence threw 2 pics, Mac Jones threw 3, Pro-style QBs need to gain the pro experience before you can start to expect reliable performances from them.  (Sam Ehlinger did not throw any). When you ask a rookie to be the primary playmaker for the offense you are going to get interceptions. Interceptions happen when QBs are trying to make something happen, If Zach Wilson didn't have to make it happen and had a game manager role he wouldn't throw so many picks.

This one is an unlucky pick but it shows the types of plays he will be able to make in the future. At some point its all going to click and we are going to see him make the Mahomesque plays he did in college. If you started Mahomes as a rookie in the same type of situation Zach is in, you would probably see the same results. Will it get better vs the Titans? Probably not? looking forward to Atlanta. Maybe Denzel Mims comes back and opens the offense up.