Talk about parties you wish you could attend, this is up there. You have 12 of the best golfers in the world letting loose after setting history for their country. Look at what was going on the course. Some of these pictures are just perfect. 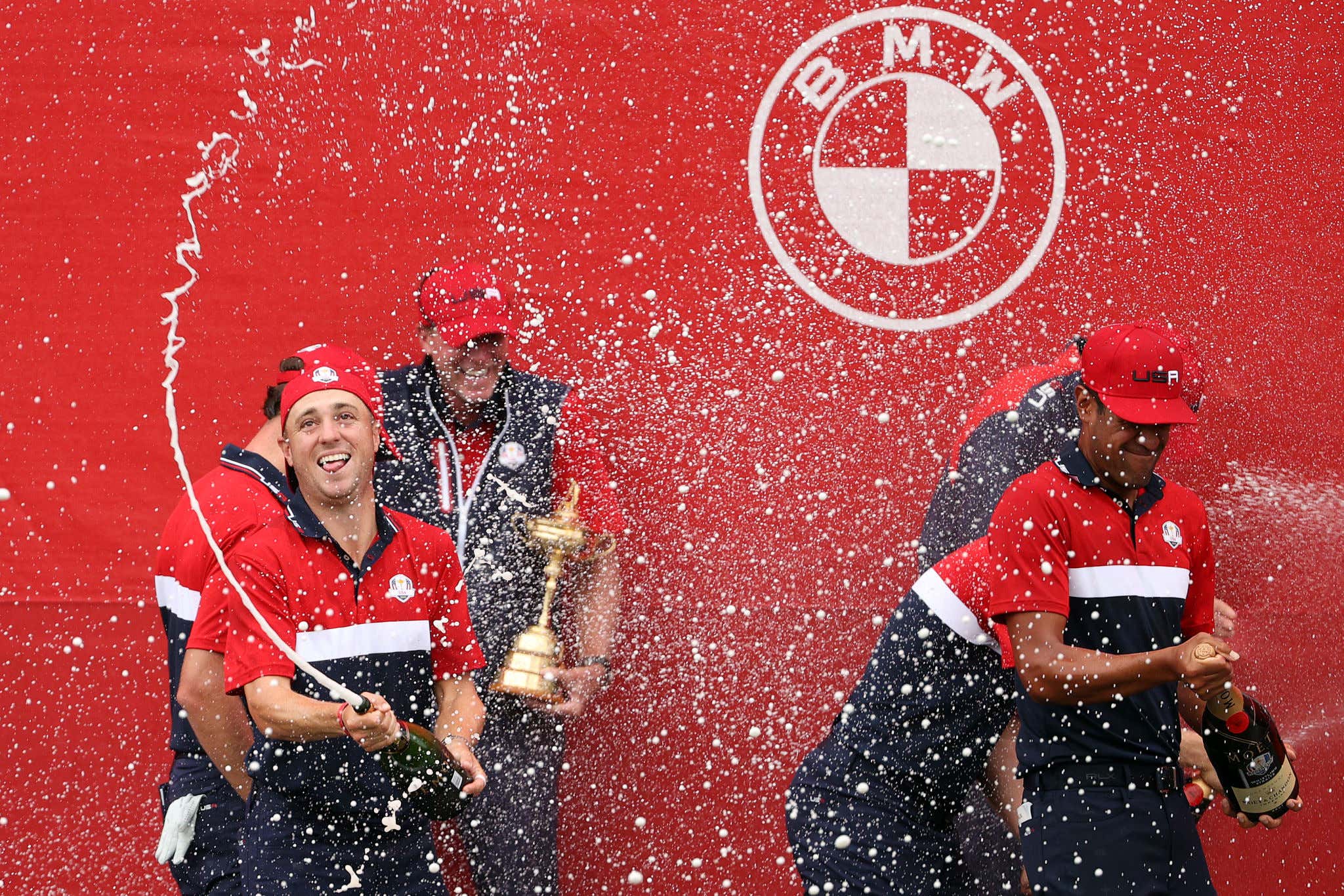 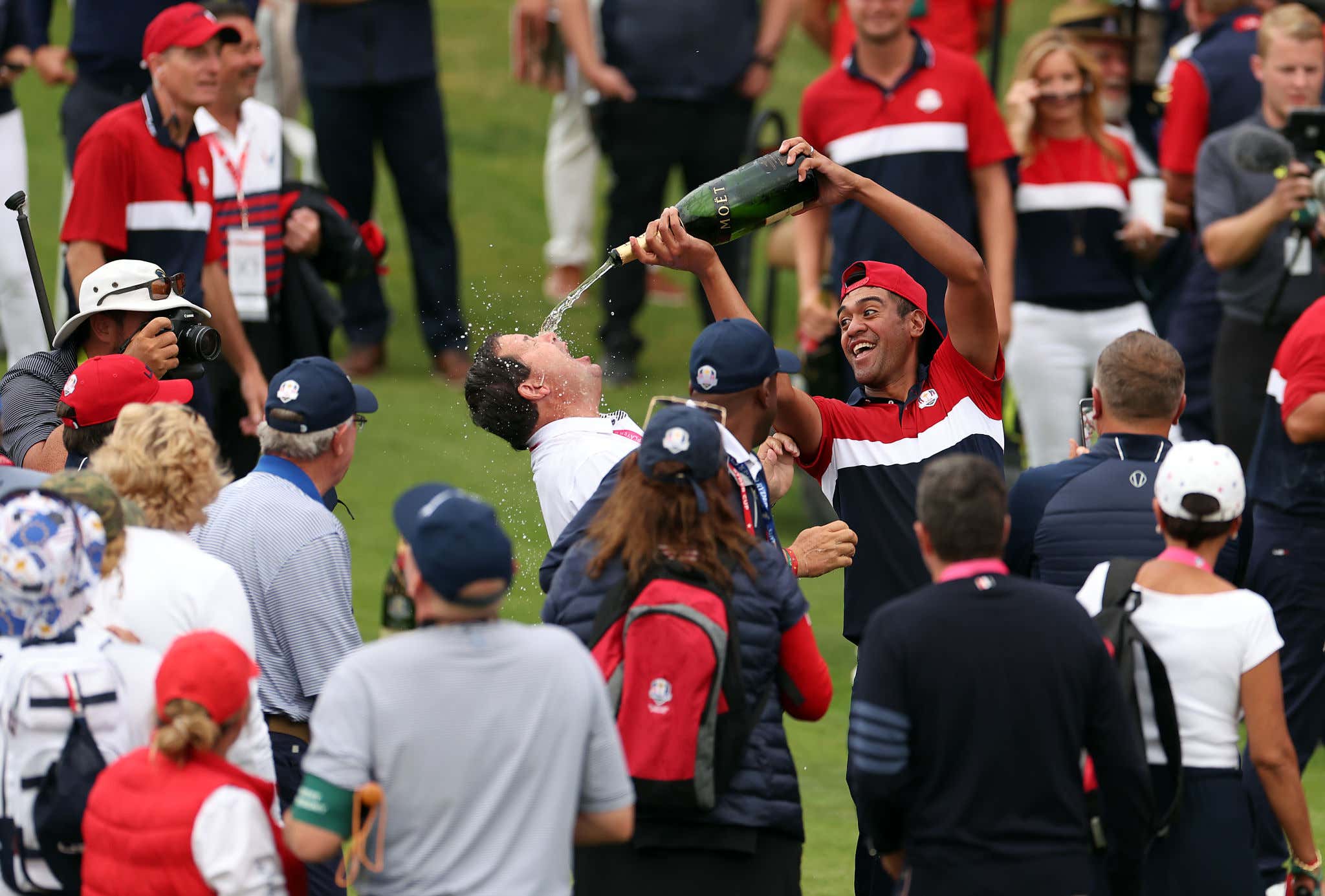 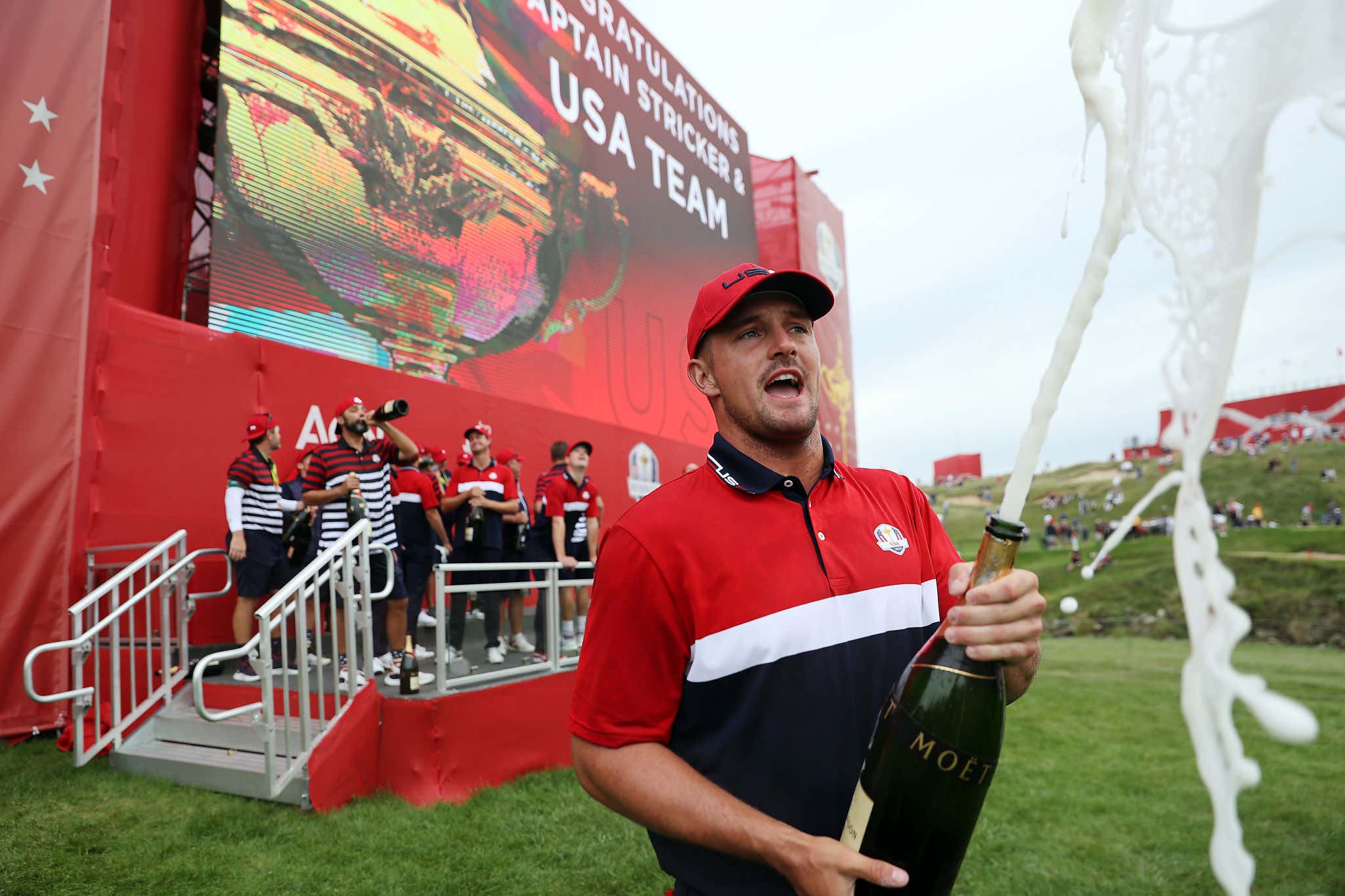 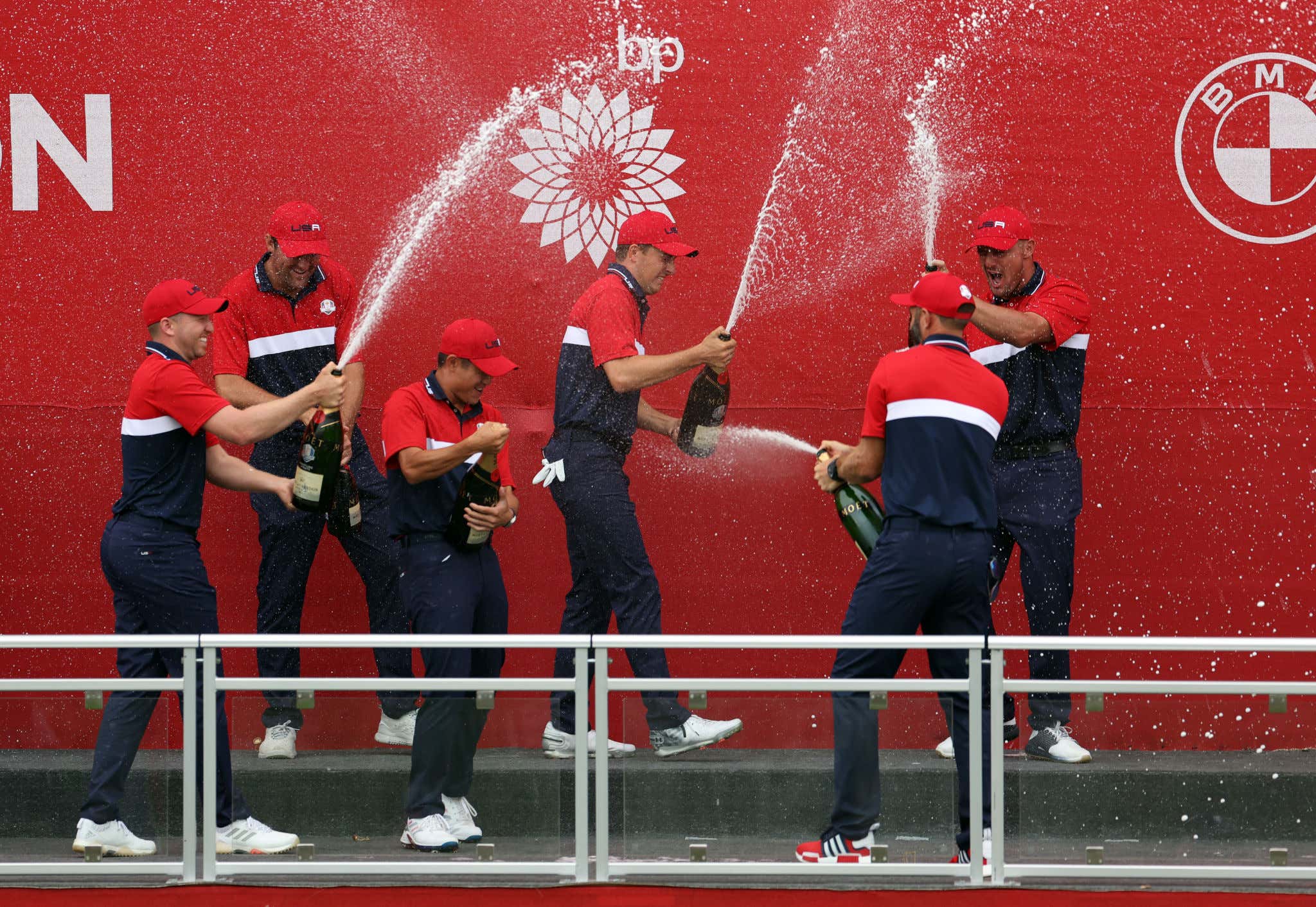 Love this move. Sure, it shouldn't come from Xander. He's one of the young bucks on the squad. He should be pulling out his keys and truly delivering us a shotgun on the course. But I respect it. Know your limits and know your style. Xander stuck to that both on and off the course.

You had DJ pulling out a vet move:

Oldest guy on the team. Vodka, sodas and sunglasses. He knows the deal. That's how you survive Coastal Carolina.

The thought of Finau winning the Ryder Cup and politely going around to all the wives and people asking to pour them champagne is perfect. Never change, Tony. Dude is low key unintentionally hilarious. Okay, here's me throwing a bone to everyone on a Sunday.

Hell, even Sergio had to appreciate drinking with some Americans this week.

I know we talk about Poulter a lot, but Sergio is the real dude who kills America in this event. Just shows up every two years and goes and wins. It's honestly infuriating. It'd be nice for him not to team up with Rahm or win. I'm sick of it. Speaking of winning. Patrick Cantlay, have a goddamn year.

Pretty sure those are reinforcements, not empties. Cantlay QUICKLY rising up my favorite golfer rankings though. Xander, going MJ style.

Love that Cantlay looks like a terrified dad here who isn't mad, just disappointed. Meanwhile Berger really wants a cigar of his own. Look at the jealousy in his eyes. Meanwhile you have Brooks winning matches and chugging beers.

Have a night fellas. Y'all deserve it. Best Ryder Cup team of my lifetime and I look forward to Dozen questions about it in season 6. Buy a shirt.