He began by driving an incredible race and maintaining 1st/2nd through the first half of the race. Entering the home stretch, Norris led the race with Lewis Hamilton tailing right behind. At this point, rain started coming down in Sochi, which always makes things more interesting.

We get to lap 51/53 and unfortunately for Lando, the rain got the best of the young driver, causing him to lose control of the McLaren and lose hope of earning his first career Formula 1 victory in Sochi.

Living in Spain without the S.

Norris was having the best drive of his F1 career and sometimes with the rain you simply get unlucky. Having Hamilton on your back with 2 laps to go can't be easy.

During the slip, Norris was able to stay away from the barriers, keeping himself in the race and finished with a P7. Not the results he wanted entering lap 51, but he's gotta be somewhat happy with mustering some points out of this spin out.

Gotta give some credit where credit's due - Lando owned up to his mistake and took full responsibility.

Back-to-back wins for McLaren would've truly been something historic, but the future is very bright for the this team. Norris and Danny Ric have both shown what they're capable of in these last two races.

With Lando losing control, Lewis Hamilton was able to secure the win which is his 100th Formula 1 victory! He's the first to ever reach triple digits. A truly historic moment for F1.

Max Verstappen had an incredible race going from P20 --> P2 (started in P20 due to an engine change in the Red Bull car).

With the Hamilton win, Lewis was able to regain the lead in the 2021 Driver's Championship. Here's how it's shaping up with 7 races left in the 2021 Formula 1 season: 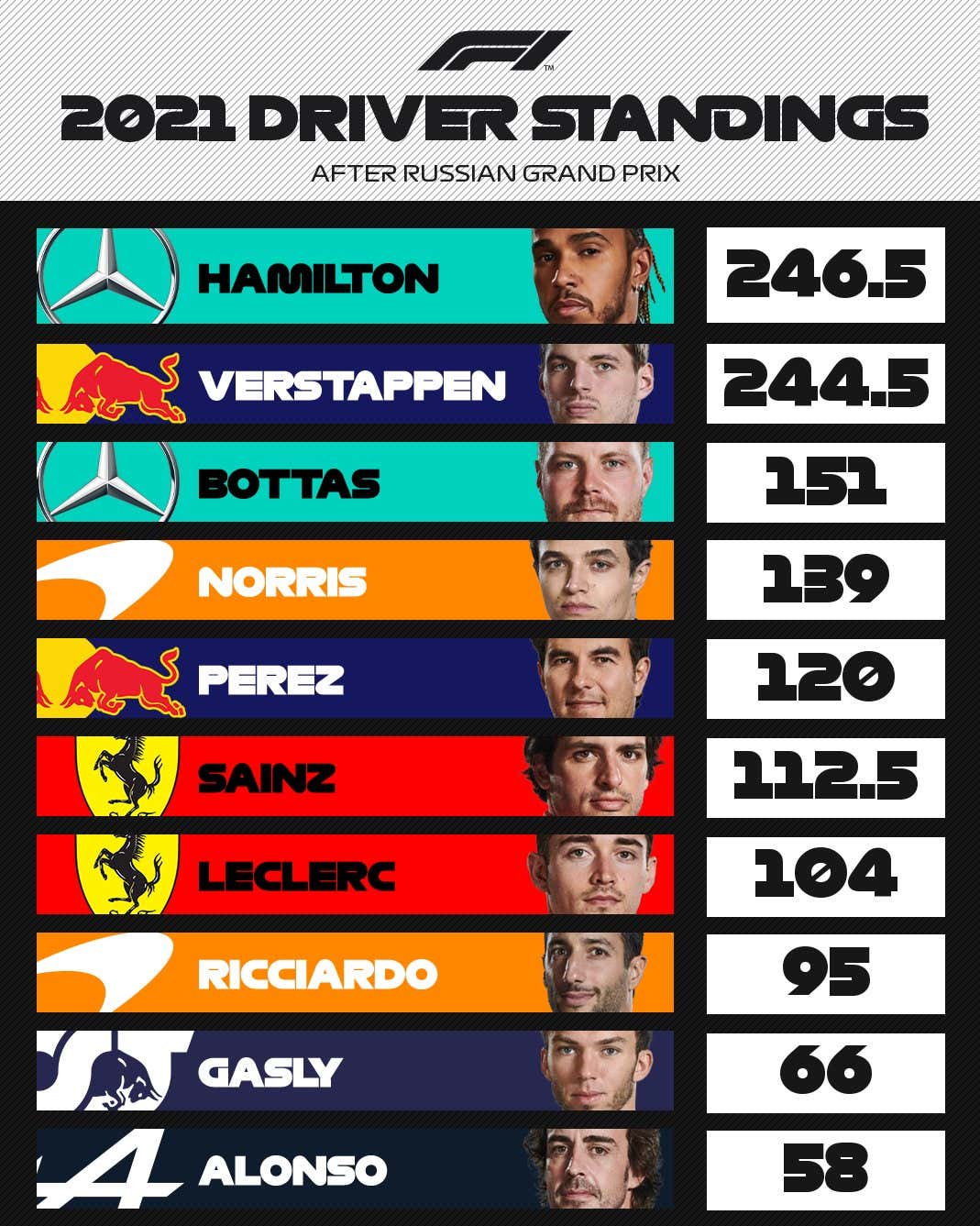 Just 2 points are separating Verstappen and Hamilton. It's going to be an explosive end to the 2021 season.

Up next, we have the Turkish Grand Prix from October 8th.-10th.